Can influence get defined beyond wealth in the business community? Three insiders give their views and name the families that matter the most 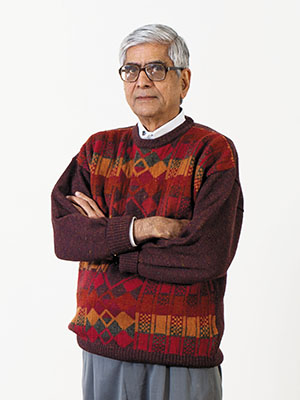 Think Marwari, think money. It is undeniable. Wealth has long defined the Rajasthan-born community. And that, inevitably, has also decided its standing in society and in industry.

But despite the assumption that all Marwaris are to the big white manor born, some are obviously far more equal than the others and wield greater influence within the community.

The differences lie beyond the numbers, although they are unequivocally the key determinant. Influence is measured by a combination of factors, and in different degrees. As RPG group Chairman Harsh Goenka puts it, “Wealth is the key factor but there are other aspects that determine influence too. These are: Integrity, philanthropic activity, culture and extent of borrowing.”

No one understands these parameters better than the insiders, so Forbes India asked three esteemed members of the community to weigh in on the business families that stand out in terms of their sway.


‘They Would Compete  To Build The Biggest Temple’ 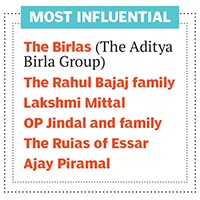 As an IAS officer, DR Mehta, 76, has held many high offices including that of SEBI chairman and deputy governor of RBI. In the process, he has had an inside view of the rise of Indian companies. He has advised many leading entrepreneurs and companies of India Inc, including Glenmark and Jain Irrigation.

At present he also heads Bhagwan Mahaveer Viklang Sahayata Samiti (BMVSS), renowned for its Jaipur Foot and the world’s largest organisation for the handicapped in terms of free fitment of artificial limbs/calipers.

A force to be reckoned with within the community, Mehta’s views are characteristically candid.

Defined By Their Birth
Max Weber in his book The Protestant Ethic and the Spirit of Capitalism talks about the Protestant work ethic that includes frugal living and saving. The Marwari community also has a similar work ethic. Their heritage is in Rajasthan and their forefathers grew up in the desert where to do anything you need to work hard. The region was unproductive but their ambition was huge.

Why Learning Counts
They are natural with numbers. And it is interesting because in the early years, while even sometimes the kings were illiterate, the Marwaris had the highest rate of literacy. And that is because in trade, one needs to read and count. Thus, the importance of education came early.

Philanthropy Matters
Charity was important as religious sentiments were high. The community had migrated and largely comprised traders, so there were always risks while they were travelling. The biggest families would build temples and feed the poor. And there was competition on how big a temple one could build and how many poor could be fed. This brought influence to the people concerned.

Today influence is all about wealth. For instance, you can read about the kind of money being spent in weddings. 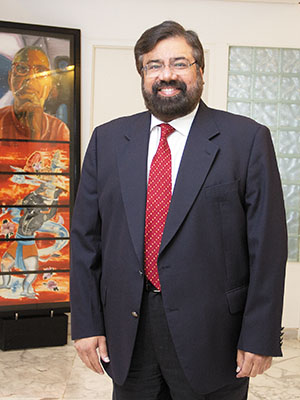 
‘They Have Missed The New Wave’

This is as inside a view into the community as is possible to get. As chairman of the RPG group, Harsh Goenka, 56, is still an active participant in industry as well as closely connected with the top families.

He was born to play this role. The son of Rama Prasad Goenka, the head of a highly-respected family with its origins in Kolkata, Harsh finished his graduation in economics before heading to Switzerland for his MBA. On his return, he quickly rose to become the head of the group in 1988, at age 31. Today, his son Anant plays an active part, even as the senior Goenka follows his passion for art while managing a Rs 17,000 crore empire.

He agreed to wear a ‘consultant’ hat for Forbes India as he drew from his decades of experience as a businessman, sharing his insights into the community. 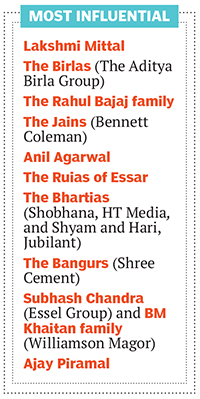 A changing generation
The Marwari DNA is slowly changing. For one, the younger generation is getting increasingly modern. Earlier, no Marwari was ever told to become a professional—that has become a significant change.

Having said that, there has been little breaking away from the karta (the oldest male in the family) system—there is a lot of respect for the elders. Family bonds are very strong. You still have four generations living in the house with a common kitchen. That has to do with a sense of well-knit family ties which only works if you believe in sacrifice and give and take. Here too, things are changing slowly—families are becoming more nuclear.

More significantly, enterprise is slowly fading. The younger generation, unfortunately, has a sense of complacency. They are not driven enough.

Shrewd, Not Miserly
Others would typically term Marwaris as unethical, looking to make money in a devious way and as kanjoos (miserly). But if you look at the way a Marwari lives, it is a different picture—for instance, their weddings are lavish. In fact, there is a strange dichotomy in their nature. They are wise, shrewd with their money, but I wouldn’t call them miserly. They would negotiate even with the grocery guy but they are not penny wise and pound foolish.

I feel they are as dishonest and honest as anybody else. The fact is, Marwaris understand money extremely well. Perhaps it has something to do with the hard times when they left the deserts of Rajasthan. The shrewdest people in the markets—be it bankers or those in the equity markets such as Rakesh Jhunjhunwala, Amitabh Jhunjhunwala or even Prashant Jain—are Marwaris.

Still Old School
What the Marwaris have missed out on is the new wave of industries—IT, pharma—except for the Piramals. And that’s where the new billionaires have been created—technology. The younger generation will have to look at new-age, service-oriented businesses. But the last ten years—where Shiv Nadar, Azim Premji and NR Narayana Murthy came into the spotlight—have been missed out on by the community.

To that extent, Emami stands out as having succeeded in an FMCG business, where there is branding, unlike the typical Marwari success which is in a commodity business. They have broken the mould which makes theirs a creditable story. 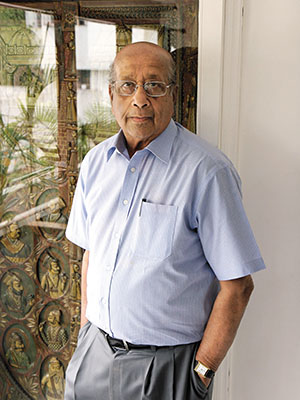 ‘Money Has Become The Only Yardstick’

A veteran of many enterprises, Suresh Neotia, 77, belongs to one of the most illustrious Marwari families of Kolkata with links to the Birlas and the Poddars. He is also the co-founder of Gujarat Ambuja Cements, which was sold to Holcim in 2005.

He has been a member of the boards of several companies including Usha Martin and Balrampur Chini, as well as part of the Board of Governors at IIM-Ahmedabad.

Even in retirement, Neotia, who has a keen interest in Marwari history, continues to influence through his philanthropy initiatives where he sits on the boards of many institutions, including National Culture Fund and Kolkata’s Anamika Kala Sangam. 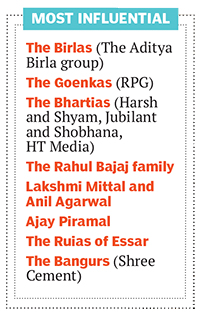 Family Ties
The families of most prominent Marwari businessmen migrated from the Shekhawati district of Rajasthan in the mid-19th century. Most first went to places such as Indore (in Madhya Pradesh) and Bhatinda (in Punjab) which were closer; they later headed to Kolkata and Mumbai.

They were into trading and flourished under British patronage.

While they had the hunger to be successful as they were migrants, what separates the community from the rest is the strong family bond. They are very close knit and being together helps them have sounding boards and a good checking mechanism.

Institution Building
Earlier in the Marwari business community, influence was not often connected to money. For instance, Tarachand Ghanshyamdas was not the richest Marwari of his time but a hundi (a financial instrument that was used in credit transactions) from him would be honoured all over the country. That was the respect and influence he had earned.

And it was also about institution building. Look at the Birlas. They have built temples and educational institutions. Look at the West, and Warren Buffet today is known more for his philanthropy than Berkshire Hathaway.

But today it is all about money. Money has become the only yardstick and how it is earned is not relevant.

Most of this change happened after the 1990s and especially in the last 10-15 years. First, borrowing became easier with the coming of IDBI and IFCI. And now there is this nexus between businessmen and politicians.

Tweets by @forbesindia
I Don't Distinguish Between Traditional and Modern Practices: Rahul Bajaj
For Adventz Chairman Saroj Poddar, Gillette Was Just The Beginning