India's product generation has lessons for the world: Girish Mathrubootham

A new generation of entrepreneurs is excelling at building software products, and at the same time, helping create a new tech landscape globally, the founder and CEO of Freshworks writes 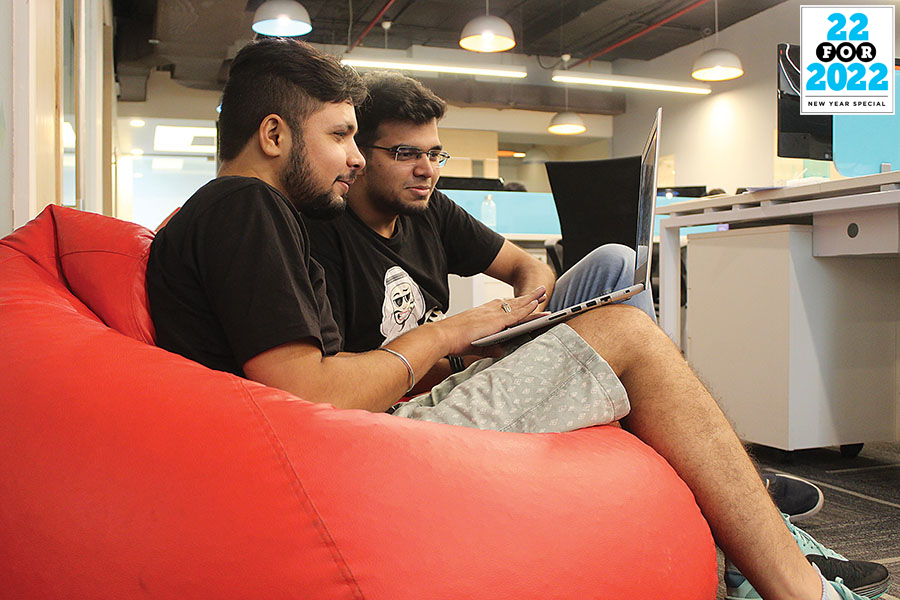 India is proving it can attract customers from across the globe interested in world-class products
Image: Shutterstock 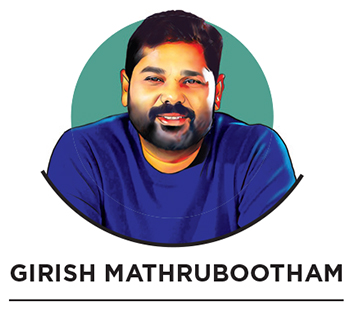 A recent report from Bain & Company confirmed what many of us who are part of the tech scene in India have known for some time: The country that was once known only for its plethora of consultants and IT and support services is now a product nation.

Looking solely at Indian cloud software companies, Bain documented a dozen public offerings or acquisitions in 2021, including my own, Freshworks, which IPOed in September. Bain counted more than 250 new Indian SaaS (software as a service) startups created by former employees of established cloud software firms. SaaS firms in India employ more than 62,000 people, which enriches the local ecosystem and will invariably lead to future entrepreneurs founding more product companies!

India is proving it can attract customers from across the globe interested in our world-class products (Freshworks sells software products in more than 120 nations). A new generation of entrepreneurs is showing that we excel at building software products at the same time we are helping create a new tech landscape. As someone who in recent years has spent a lot of time in Silicon Valley—and has headquartered his Indian-founded company in the “promised land” for tech companies—I see a new kind of startup emerging that is fundamentally Indian in personality and style.

India is teeming with ideas and perspectives. I feel like it is a crowded, often chaotic kitchen, filled with good aromas. There are a lot of cooks in those kitchens, including some who have been there before, so you learn to listen to everyone. But from that jumble of food, smells and advice comes exquisite dishes that the entire globe has come to enjoy. That tradition leads to great products. That is the Freshworks way and the secret sauce at any number of Indian SaaS companies.

Entrepreneurial life is never easy. Running a startup steeped in Indian traditions means dealing with diversity, with many languages and cultures. But it is my experience, and that of fellow Indian entrepreneurs, that when you work to get buy-in from everyone, better products emerge. That process requires making something that everyone understands and can use. By necessity, it means cutting out the complexity.

Startups from China to Europe to the West Coast of the United States are building products for super-users—for larger companies with big IT departments and teams of specialists. That is not the Indian way, which is to build products available and usable by companies of all sizes. Ours is a country of 1.4 billion people. When we think of the audience we are trying to reach, we are not thinking about the Fortune 500. We are thinking about those who work for the five million other companies and organisations out there, who need help dealing with everything from customer support to sales, marketing and HR software—and who do not have sprawling IT departments to make it happen.

Because the everyday user is always on our mind, we do not design feature-rich bloatware that requires an IT department to install and manage it. We design products that everyone can download and that are so simple to use they can learn it on the fly. That is not to say Indian startups are less hungry than their counterparts around the world. A product for everyone, we have been fortunate to learn, can mean going quickly from $1 million in annual revenue to $100 million!

Another striking data point from the Bain report is what its authors described as the “high capital efficiency” of Indian firms. Relative to their peers around the globe, the country’s SaaS firms have “excellent” ratios of funding to the annual recurring revenue their products generate, according to Bain, “with select Indian companies even outperforming their US counterparts”.

That bodes well for India’s future as a tech powerhouse. It also gets at another characteristic of the Indian startup: They are lean and efficient relative to the money they generate. Many of us in India have mastered the art of doing more with less.

For a few years now, we have spoken inside Freshworks about democratic design, Indian-style. This gets to another thing I think is fundamental to the Indian startup. The philosophy holds that a company leads with the heart rather than pursuing profits for profit’s sake. It is a more democratic approach to running a business, based on the principle that happy employees create happy customers. Invested employees are more curious and engaged, and lead to greater creativity and innovation. And it is broad-based inclusion that gets employees more invested.

Democratic design, at least as we have practised it at Freshworks, has meant that simplicity, self-reliance, craftsmanship, scalability and affordability are key tenets of anything we create. Those are the guiding principles of this new generation of companies born in India and selling their wares worldwide.

We, like many startups across India, create products the world can use. We avoid unnecessary complexity. Our aim is to build products with broad-based appeal that are both affordable and so intuitive that anyone can use them.

New era of the founder-CEO

India-born leaders are running some of the world’s biggest product companies. Just look at the US, where India-born executives run Alphabet (Sundar Pichai), Microsoft (Satya Nadella) and IBM (Arvind Krishna), three of the most successful product companies that tech has ever created. In November, another of our Indian compatriot, Parag Agrawal, took over Twitter.

Yet, none of these CEOs are founders. What is encouraging to so many of us is that a new generation of India-born founder-CEOs is emerging. Their success is giving rise to more successes (those 250-plus startups founded by former employees of Indian SaaS firms) and a growing pool of experienced employees.

When Freshworks was just starting in a garage in Chennai, most of the best talent was concentrated in Silicon Valley. We were happy if we found a single local applicant with experience working for a SaaS company. Now, talent can be found everywhere.

In September, four Indian companies were included in Forbes’ Cloud 100, an annual list meant to capture what the publisher calls “tech’s hottest category”. That has given rise to the kind of virtuous cycle that brings more success, or what Bain calls “cascade effects”. India’s established cloud software firms give rise to new startups, whose founders can hire from an ever-growing pool of experienced people to help build the products they have ventured off to create.

Finally, there is the underdog spirit of a country whose tech industry is still—to many outsiders—thought of in terms of back-office services and low-cost customer support centres. And yet, we know we are so much more. We take pride in our ability to build world-class products. We have a hunger to prove ourselves and represent India on the global industrial stage.

When Freshworks went public, I was so proud to see my employees—many of whom had flown in from India—waving the Indian flag and cheering. It was an unforgettable memory. It confirmed that others saw the IPO the way I did: Less a celebration of a single company than a win for an entire nation.

Therein lies the news that all of India should celebrate. The same national strengths that drew customers to our call centres and consulting firms—a strong work ethic, a focus on education and excellence, and a desire to do and become more—is now fostering an entrepreneurial culture that is building software products that are attracting the world.

That is what the world can learn from India’s product generation: Hard work, innovation, desire and a strong cultural heritage can deliver products that delight the world and draw customers from around the globe.

The writer is founder and CEO of Freshworks

Tweets by @forbesindia
Photo Of The Day: Booster shot
The Wall: On Rahul Dravid's birthday, his career in numbers