With Postman, Abhinav Asthana has built an API powerhouse that is changing the way developers look at software, helping them take an 'API-first' approach 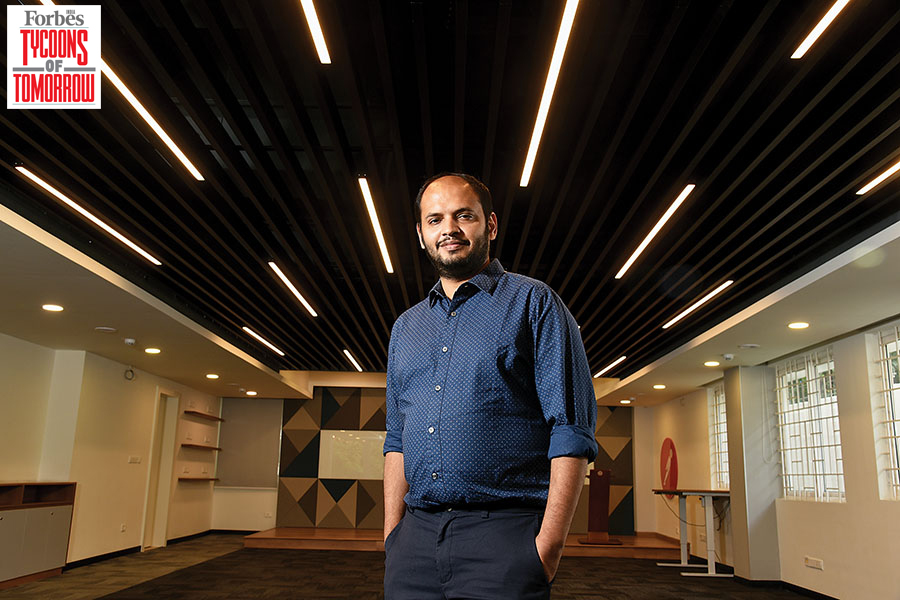 When we started, there was a lot of scepticism, and bias even, among people in India that one cannot build a global product from India,” Abhinav Asthana, co-founder and CEO of Postman, said in a recent interview with Forbes India. So there was little incentive for customers in the US, the world’s biggest technology market, to take the idea of an Indian-origin product company seriously.

Today, companies like Postman are at the forefront of a massive shift that is overhauling that perception—bringing world-class software products to customers around the world. In Postman’s case, the tech is about making it ever so easy for businesses to use APIs or application program interfaces—pieces of software that allow disparate applications to talk to each other.

What that means, for example, in the financial services industry, is that a 20-member fintech startup with a cool idea can partner a multibillion-dollar bank and bring innovative products to end consumers. That is what Asthana and his co-founders are enabling in industry after industry.

Postman started as a side project for Asthana. He was the technical founder of an earlier startup after finishing college in India, and was grappling with the complexities of making disparate pieces of software connect with each other. An early piece of software that Asthana put up on the Chrome Web Store drew a lot of attention from software developers, and suggestions about features that could be added to it, and how it could be expanded. 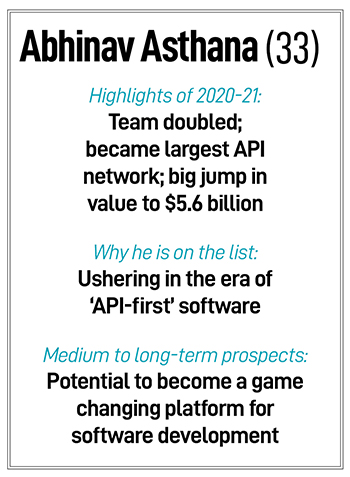 That eventually turned the side project into his main interest, giving birth to Postman in 2014. An early decision that had a pivotal bearing on the company’s future was convincing former colleagues Ankit Sobti and Abhijit Kane to give up their high-paying jobs and join Asthana as co-founders. Investor backing came along with early-stage venture capital (VC) firm Nexus Venture Partners.

“Coatue was impressed by Postman’s ability to solve challenges faced by developers worldwide who need to build software faster than ever,” David Schneider, a general partner at the VC firm, said in a press release. “We also liked Postman’s work towards providing management teams, regardless of size, proper visibility into their API landscape and to ensure that increasingly lean teams can effectively maintain APIs.” That part is important because there is a dearth of skilled developers.
At the time of the latest funding, Postman claimed to have more than 17 million users and 500,000 organisations on its platform, making it home to the largest API community in the world.

“APIs have quickly become the fundamental building blocks of software used by developers in every industry, in every country across the globe—and Postman has firmly established itself as the preferred platform for developers,” said Jeff Horing, managing director at Insight Partners. “Postman has the opportunity to become a key pillar of how enterprises build, deliver products, and seamlessly enable partnerships across the ecosystem. Their continued, rapid expansion and strong management team point to a future for Postman with virtually unlimited possibilities.” 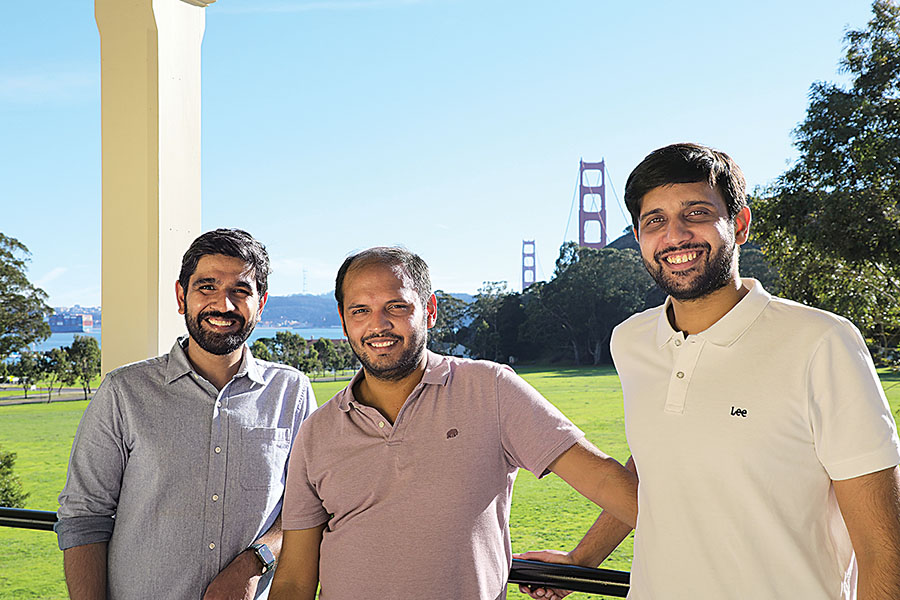 Postman has added more than 300 employees from 13 countries since the beginning of 2020, more than doubling its headcount, as well as adding thousands of new customers to a customer base that includes 98 percent of the world’s biggest corporations. In tech, customers include Salesforce, Stripe, Kroger, Cisco, PayPal and Microsoft.

The company said in August that its Public API network is now the largest API hub in the world, with more than 75,000 APIs shared on the network.

“Everything that we do is about solving a customer’s pain point. No amount of funding or effort is going to help if there is a lack of understanding of a problem that the customer is facing,” Asthana says. “And if you do not have that understanding, you will not succeed as an entrepreneur.”

Tweets by @forbesindia
Best of 2021 Ep. 2: Manish Gupta on how Indegene disrupted the way drug companies communicated with the market
Tycoons of Tomorrow 2021: The making of the list