After more than a year, aviation giant Boeing will be allowed to resume deliveries of its 787 Dreamliner aircraft after the company made changes to its manufacturing process 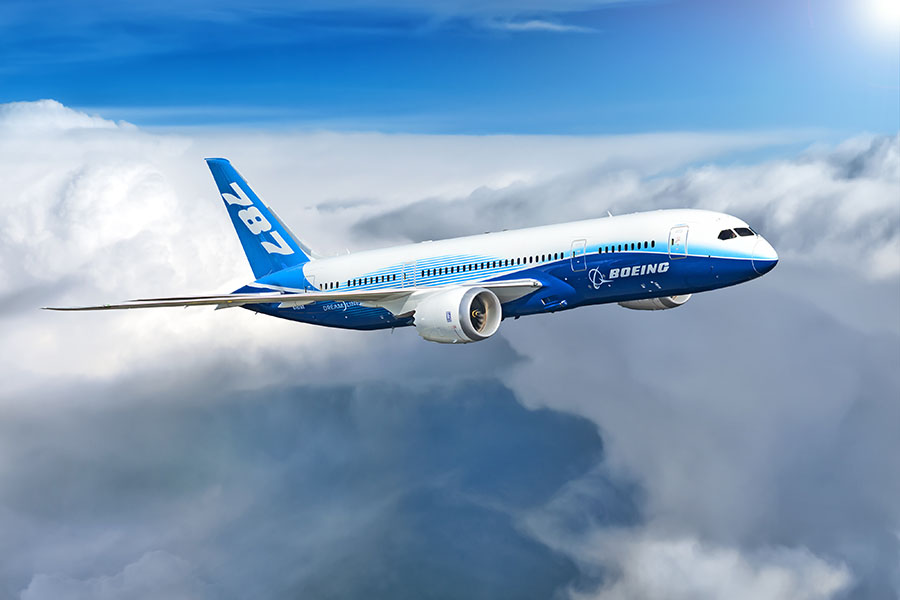 Boeing will be allowed to resume deliveries of its 787 Dreamliner aircraft "in the coming days," after the company made changes to its manufacturing process, after more than a year. Image: Shutterstock

Washington, United States: After more than a year, aviation giant Boeing will be allowed to resume deliveries of its 787 Dreamliner aircraft "in the coming days," after the company made changes to its manufacturing process, US air safety regulators announced Monday.
Deliveries of the top-selling widebody plane have been halted since spring 2021, so the news will be welcomed by US airlines and travelers who have suffered from massive delays and canceled flights in recent weeks, partly due to the shortage of aircraft.
"Boeing has made the necessary changes to ensure that the 787 Dreamliner meets all certification standards," the Federal Aviation Administration said in a statement.

The plane's travails date to late summer 2020, when the company uncovered manufacturing flaws with some jets. Boeing subsequently identified additional issues, including with the horizontal stabilizer.
The difficulties curtailed deliveries between November 2020 and March 2021. Boeing suspended deliveries later in spring 2021 after more problems surfaced.
Acting FAA Administrator Billy Nolen met with safety inspectors in South Carolina last week to confirm they were satisfied with the company's improvements, which were made to ensure they comply with standards and to identify potential risks after defects were uncovered on the plane.
"The FAA will inspect each aircraft before an airworthiness certificate is issued and cleared for delivery," the statement said. "We expect deliveries to resume in the coming days."

A company spokesman told AFP that Boeing will "continue to work transparently with the FAA and our customers toward resuming 787 deliveries," but did not confirm the firm had received final FAA approval.
During a July 27 earnings conference call, Chief Executive Dave Calhoun described the company was "on the verge" of garnering approval, though he declined to give a precise target date.
Also read: ExxonMobil, Apple, Boeing cut ties with Moscow
At the end of June, Boeing had 120 Dreamliner planes in inventory and was producing the jet "at very low rates," the company said in a filing.
The company's stock price gained ground on the news, closing 0.5 percent higher.
Inability to deliver the Dreamliner has dragged down Boeing's profits, which plunged 67 percent in the second quarter. And the manufacturing changes have led to billions in additional costs for the company.
Also read: US and EU end aviation trade spat and turn to China's rise
The firm has delivered just over 1,000 of the planes since it was first introduced in 2004.
The enhanced regulatory scrutiny of the 787 and other Boeing planes comes on the heels of a pair of crashes in 2018 and 2019 on the 737 MAX, which led to aircraft being banned from the skies globally for more than a year.
But the MAX has since returned to service, enabling Boeing to ramp up production of the planes, collect meaningful revenues and announce significant new orders at the Farnborough Airshow earlier this month.
Even so, Boeing's backlog of orders in the pipeline lags behind that of archrival Airbus.
© Agence France-Presse