Warner Bros. Discovery, a media colossus formed this year by the fusion of the parent companies of HBO and Animal Planet, revealed the scope and strategy of its streaming ambitions for the first time: that it would offer free and paid services with an ambitious goal

By Benjamin Mullin and Brooks Barnes 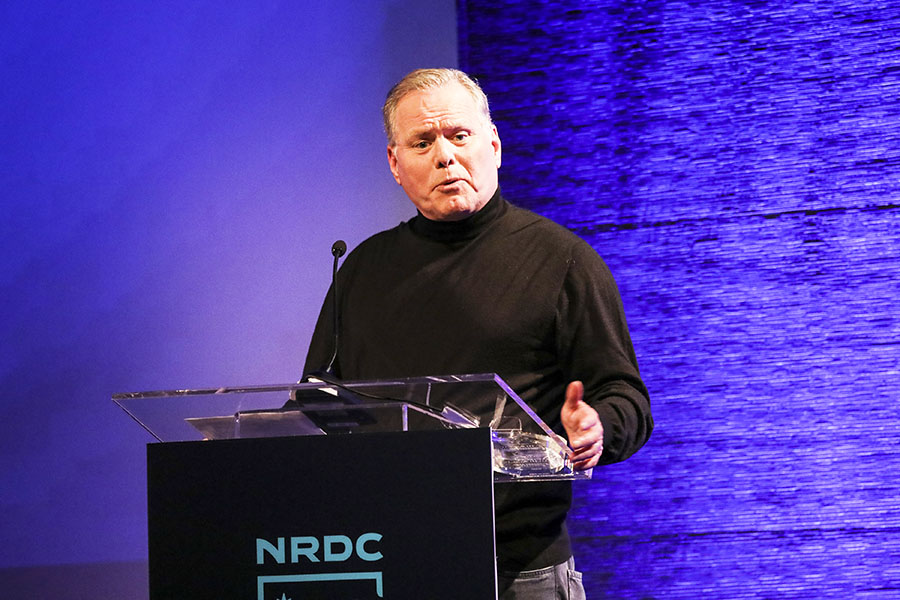 David Zaslav, the chief executive of Warner Bros. Discovery, at a benefit for the Natural Resouces Defense Council in New York, April 30, 2019. The media giant told investors on Thursday, Aug. 4, 2022, that the company would offer free and paid streaming services, with the goal of reaching 130 million paid subscribers by 2025. (Krista Schlueter/The New York Times)

Warner Bros. Discovery, a media colossus formed this year by the fusion of the parent companies of HBO and Animal Planet, revealed the scope and strategy of its streaming ambitions for the first time, telling investors Thursday that it would offer free and paid services, with the goal of reaching 130 million paying subscribers by 2025.

“The fact is there are only a handful of companies globally that can do what we do,” Zaslav said. “And putting it all together, we believe no one does it better than us.”

He did not say what the new streaming services would be called or how much the company would charge for the paid version. The combined subscription service will be available next summer.

The executives at Warner Bros. Discovery have major challenges ahead. The company was saddled with $55 billion in debt when it went public in April, the result of a spinoff that combined AT&T’s WarnerMedia division with Discovery. Zaslav is facing pressure to pay down that debt while competing with giants such as Netflix and Disney in the costly streaming wars.

The company is also facing expectations from Wall Street to cut costs. Warner Bros. Discovery has said it will find about $3 billion in savings between the two companies, a corporate imperative that will result in layoffs for overlapping business functions.

Zaslav and his lieutenants have already done some work on that front. In April, one of their first moves was to shut down the CNN+ streaming service, a moonshot subscription product that was promoted as the network’s bridge to the future. Zaslav has told Wall Street that he doesn’t expect Warner Bros. Discovery to win “the spending war,” signaling a more disciplined approach to the pricey streaming business.

In the months before Discovery took control of Warner Bros. and HBO, Zaslav went on a roadshow of a sort in Hollywood. His message seemed designed to reassure a skeptical movie industry: We may be reality-television people, but we love theaters and have deep respect for your unique, time-honored culture, including catering to talent.

Since the deal closed, however, Zaslav and his lieutenants have revealed that such talk goes only so far. This week, they junked a nearly finished film, “Batgirl,” which cost $90 million to make and was headed to HBO Max. The move alienated the movie’s up-and-coming filmmakers and star, but Discovery decided that a write-off — taking a tax credit — was the most financially prudent route.

It is almost unheard of in the movie business for nearly finished work to be thrown away, never to be seen anywhere, prompting a question in the talent community: If I sign up for a Warner Bros. movie, might the same thing happen to me?

Warner Bros. Discovery addressed the decision to scrap “Batgirl” on a conference call with investors Thursday. Gunnar Wiedenfels, chief financial officer, said executives had determined that certain HBO Max original films such as “Batgirl,” “Wonder Twins” and “Scoob!: Holiday Haunt” did not fit the combined company’s plans to generate “maximum returns” on its investment in content.

Zaslav said the company would focus on attracting top-tier storytellers for its TV and film businesses and curating the best possible shows and movies for its streaming services.

JB Perrette, the company’s streaming chief, said he expected the streaming business to be profitable in 2024 and generate $1 billion in profit by 2025.

Later during the call with investors, Zaslav said Warner Bros. Discovery hadn’t found a business case for premiering expensive blockbusters on streaming services, adding that the company would remain focused on exhibiting its biggest movies in cinemas, where profits are higher. That is a departure from the strategy adopted by Jason Kilar, former CEO of WarnerMedia, who opened franchise films such as “Wonder Woman 1984” on HBO Max.

“That’s why most people got in this business — to be on the big screen when the lights went out,” Zaslav said. “That is the magic, and the economic model is much stronger.”

Warner Bros. Discovery began its life at a tumultuous time for the media industry. The company’s stock has fallen about 30% from its initial price of about $24, as investors have become more skeptical of video-streaming businesses and the advertising market has tightened up. Netflix’s stock is down about 36% during the same period, while Paramount’s stock has fallen about 30%. The S&P 500, an index of the largest publicly traded companies, is down about 8%.

Shares in the company fell more than 11% in after-hours trading.

Tweets by @forbesindia
A large object landed on his sheep farm. It came from space
Photo of the day: Warning shots