Why the Russian ruble keeps rising

The outlook for the Russian economy is gloomy, with double-digit inflation and predections of a deep recession. However, capital controls imposed by its central bank, including those that forced exporters to exchange some of their earnings into rubles, have increased demand for the Russian currency taking it to a 7-year high 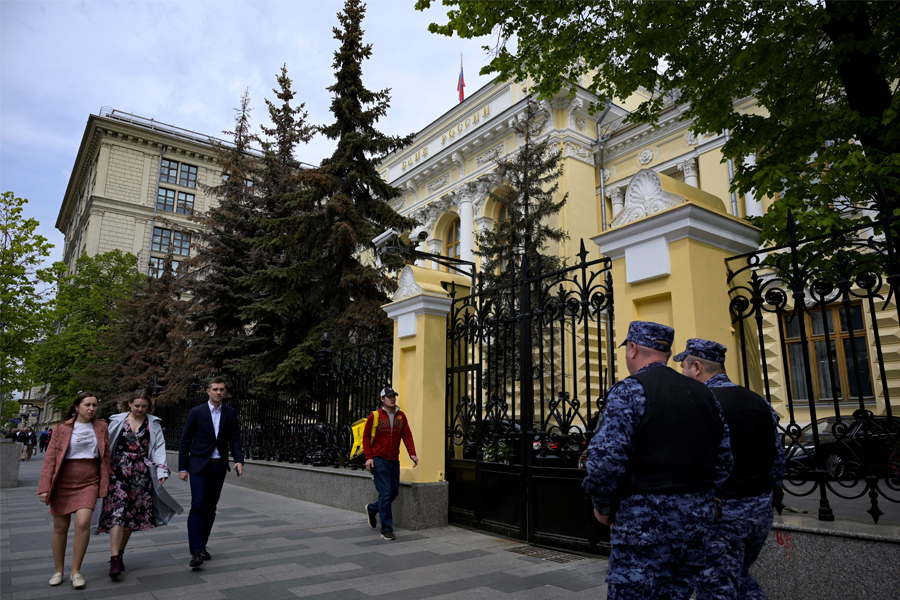 A view of the Russian Central Bank headquarters in downtown Moscow on May 26, 2022. Russia's currency has surged in value despite the conflict in Ukraine. Image: Natalia Kolesnikova /AFP via Getty Images

The ruble cemented its unlikely status as the world’s best-performing currency, rising to new multiyear highs this week. Since collapsing in the weeks after Russia’s invasion of Ukraine, which triggered sweeping international sanctions aimed at crippling the Russian economy, the ruble has come roaring back.

On Tuesday, it traded at its strongest level against the U.S. dollar since June 2015. It has gained about 35% so far this year, beating every major currency, and has more than doubled from its post-invasion low.

Although Russia’s economy has held up better than many expected, the outlook is gloomy, with double-digit inflation and most economists predicting a deep recession. But capital controls imposed by its central bank, including those that forced exporters to exchange some of their earnings into rubles, have increased demand for the Russian currency.

Higher earnings from oil and gas exports, which have surged as prices rise and demand in Asia makes up for cutbacks in Europe, have kept the ruble elevated. At the same time, Russian imports have fallen sharply, partly the result of many foreign companies pulling out of Russia, which also support the ruble.

In late February after the invasion, the ruble crashed to its weakest-ever level against the dollar, and Russia’s central bank more than doubled interest rates, to 20%, as part of its moves to stop the outflow of rubles from the economy. Since then, some restrictions have been loosened and rates have been cut back to 9.5%, where they were set before the invasion. But the ruble continues to strengthen, which helps ease inflation but also puts pressure on Russia’s budget, which relies on energy sales that are often denominated in dollars.