Even for experts, financial markets are hard to understand. In this article, I want to ask what bearing this observation has on the financial crisis that swept through the world economies from late 2007 through to 2009. Should we attempt to control or to reduce complexity, or should we accept it as an inevitable feature of a complex, globalised world?

Creating the conditions for complexity
The financial crisis had its origins in world economic imbalances that saw the oil-exporting and some Asian economies exporting capital to the West. This pushed interest rates down. Investors responded by searching for higher-yielding investments. An unprecedented period of economic stability and growth appears to have made investors more willing to assume risk in the pursuit of return; at the same time, lower interest rates, and arguably some policy decisions in the housing market, encouraged high levels of borrowing. 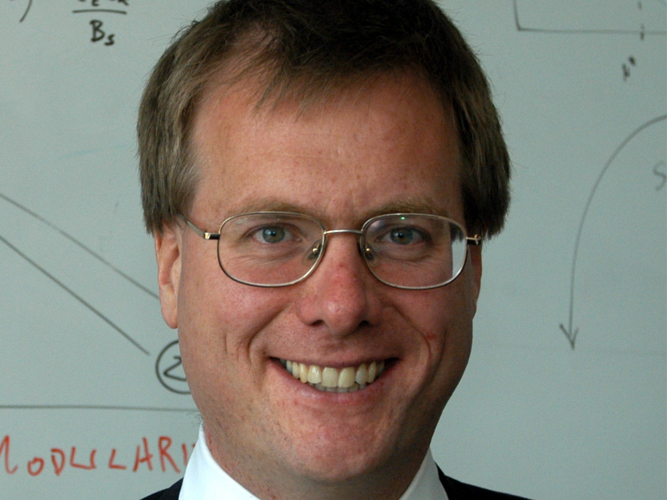 This state of affairs resulted in much of the complexity that we see today. Investors seeking high returns and risky borrowers seeking mortgages came together in the market for “securitisations”.
A securitisation is a deal under which assets, such as mortgages, are transferred to a special company, which issues bonds backed by the assets; the individual bonds are known as “tranches”. Some of the tranches are repaid early, with high priority claims on the cash generated by the underlying asset pool, and hence are relatively safe; those with low priority claims and long maturities are much riskier.
While the idea of a securitisation is relatively simple, it is hard to put a value on one. Doing so requires an understanding of the underlying assets, and an appreciation of their relationship: the less likely assets are to fail at the same time then more likely it is that the highest priority tranche (the “senior” one) will be repaid in full, and so the higher its value is. Quantifying this effect is tough when the underlying assets are mortgages, but many are more complex.
Adding another layer
Securitisations are important because they allow for “credit risk transfer”: a broker in America can extend mortgages, and then use a securitisation to transfer the default risk on the mortgages to investors elsewhere. Banks used securitisations, and the closely related market for credit derivatives, to transfer the risk on the loan portfolios to other banks and to non-bank investors. Securitisations were even launched whose underlying assets were themselves securitisations.
Credit risk transfer introduces another layer of complexity on top of the basic valuation problem. Neither securitisation deals nor credit derivatives are subject to any reporting requirements. As a result, no one knows which institutions hold what risks. For example, Lehman Brothers was an important player in the credit derivatives market, and we still do not have a final figure for the size of its exposure.
Investors were attracted to securitisations because they appeared to offer unusually high returns for relatively low risk. But, of course, most investors could not evaluate securitisation deals for themselves; in many cases, it was impossible to do so because the details of the asset pool were never revealed to the market. Instead, they relied upon risk assessments provided by professional credit ratings agencies, of which the most important are Moody's, Standard & Poor's and Fitch. The agencies relied upon mathematical models of asset default and correlation to make sense of the securitisations, and investors relied upon ratings agencies.
Collapse in confidence
Many problems contributed to the crisis. One of the important ones was a loss of faith in securitisation ratings. The subprime mortgages that backed securitisations started to report higher default levels in early 2007. Ratings agencies started to downgrade their assessments of securitisations later in the year, and investors became increasingly unwilling to put a price on new securitisations of any sort.

The storm broke on 9 August 2007, when the French bank BNP Paribas halted redemptions on three funds, citing a lack of faith in subprime mortgage valuations as the reason. A month later, the British bank Northern Rock failed because it could not securitise its new mortgage lending. Continued ratings downgrades, including over 8,000 on one day in January 2008, had a catastrophic effect on confidence in the securitisation market.
Once the crisis had begun, the second cost of market complexity became apparent. Because there was no reporting of credit risk transfer deals, no one knew which banks were heavily exposed to securitisations. All banks were therefore treated as suspect. Banks stopped lending to one another, and the resultant credit crunch had a severe effect upon the real economy. It was a short step from there to public support for banks.
Can we make thing simpler?
Complexity created the conditions in which a general loss of confidence in financial intermediaries could occur. So should we try to make financial markets easier to understand? This is a more subtle question than it seems. Do we hope that, in reducing complexity, we can make the entire financial system comprehensible to a regulator, or to a government, which will then make sure that banks never again over-extend themselves as they did in the middle of this decade?
If so, we are fated to be disappointed. Economies are immensely complex machines for generating information and allocating resources, and financial markets sit at the heart of both activities. Anyone who hopes to understand, and then to control, either an economy or a financial market cannot achieve his or her goal: if markets function effectively then they aggregate more complex decisions than any person could hope to comprehend; if a market can be understood by a single person then it is failing to generate enough information for there to be any hope that it will operate efficiently.
Regulation and complexity
So we should not respond to the crisis by writing regulations that attempt to double guess financial institutions. In fact, perhaps paradoxically, many of the problems we currently face had their genesis in capital regulations that made securitisation a relatively cheap source of funding, and that encouraged banks to develop and to rely upon models of financial risk that over-emphasised the methods of the physical sciences at the expense of insights into human behaviour from economics and other social sciences. If regulations are too prescriptive then they create the type of group-think that left us so exposed to the current crisis.
There are no easy answers to the current crisis. We cannot regulate our way to growth and prosperity. Indeed, a failure of regulation created the conditions that made the crisis possible. If we want to avoid re-living recent financial history, we need to understand the institutional backdrop to the crisis. Laws and regulations affect how people behave in markets in subtle and far-reaching ways, and it will not be easy to translate our understanding of these interactions into sensible policy prescriptions. This is one of the most important challenges facing both the social scientists at the Saïd Business School, and the wider business community.
Alan Morrison is Professor of Finance at the Saïd Business School and a fellow of Merton College. He is currently serving as specialist advisor to the House of Lords Select Committee on Economic Affairs inquiry into banking regulation and supervision.