Hector Sants, Chief Executive of the Financial Services Authority explains why he supports a more intrusive approach to supervising banks

The Financial Services Authority (FSA), the independent body that regulates the financial services industry in the UK, has been in the news a lot lately, and not always for the right reasons. In the lead-up to the financial crisis, many would argue that the FSA failed to fulfil its role to "promote efficient, orderly and fair markets" and to "help retail consumers achieve a fair deal," and that it has not been robust enough in challenging banks, building societies, and financial services firms about their operations and business models.

These are criticisms that Hector Sants, chief executive of the FSA, takes very seriously. Sants joined the FSA in May 2004 after a distinguished career in banking and was appointed chief executive in July 2007. For the future, Sants is determined that the FSA should not be seen as an easy touch, and, as he points out, the proposals contained in the report recently published by Lord Turner, chairman of the Financial Services Authority, herald substantial changes to the regulatory architecture and the FSA's approach to its regulatory role. 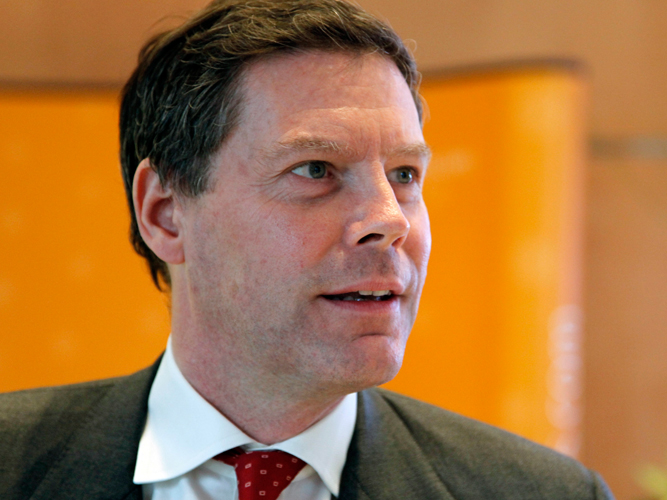 
This approach was the product of the widely accepted economic dogma which holds that unfettered markets are self-correcting. To be fair, Sants notes, this philosophy underpinned a highly successful period for the City of London, when it became an international financial capital, and delivered significant growth not just for financial services but for the UK economy as a whole. It would have taken a brave or foolish regulator to stand against the tide of free market capitalism at its most rampant.
"With hindsight we can see that that philosophy was not correct, and while I have always favoured a somewhat different approach, as my actions when running the wholesale side of the FSA show, events have demonstrated that we need more than a somewhat different approach – we need a new approach."
So what exactly does the new approach entail? Sants prefaces his explanation by emphasising the FSA's continued role in ensuring that individual firms have adequate systems and controls, and that the primary responsibility for running firms effectively rests and should always rest with the management of the firm.
That said, Sants supports a significant change in the FSA's approach. "I think we should give greater consideration to what is likely to happen in the future. Is the business model credible? Has management made the right judgments?'" says Sants. "I try to characterise this in terms of outcomes-focused regulation. In other words we will be seeking to make judgments about the judgments of senior managers, we will be seeking to ask, ‘do we think that the consequences of the actions of the managers, of the firm, will generate acceptable results for society and for us the regulator?'"
Many would argue that this change in approach is not before time, and Sants acknowledges that the move seems to reflect the demands of society. "What we have seen by the way of the revealed preference of society, the way the people have reacted to events of the last eighteen months, is that people were expecting us to do that," he says.
The new proposals are not a panacea, however. If the FSA is making judgements about the decisions of management then, inevitably, sometimes it will make the wrong call. Equally, there will always be risk in the system. "Banks do not make returns unless they take risks,” says Sants. “You cannot have a riskless system – a "no fail" system. Nevertheless, where we can see, particularly in the aggregate, that significant risks are building up in the system, I think society expects us to intervene, and therefore we should do that."
Looking at the wider context, he adds. "If we wish to learn the lessons of the last ten to fifteen years, not just the last two years, we need to change not just the regulatory rules and supervisory approach, but also the culture and attitudes of both society as a whole, and the management of major financial firms."

Tweets by @forbes_india
Keep it Complex, Stupid
The Phoenix Economy