Partha Bhattacharya has been chairman & Managing Director, Coal India since 2006. He engineered the country's largest ever IPO; before that, turned around subsidiary Bharat Coking Coal that was running up losses of Rs. 600 crore annually; his reports changed the way CIL evaluated its projects and helped it qualify for a World Bank loan 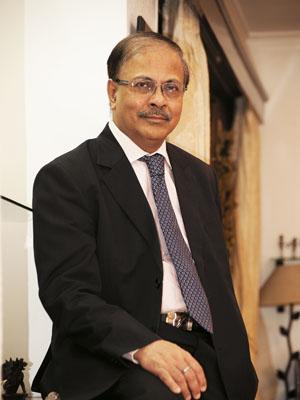 My Mentor: P.K. Sengupta, former CMD, Coal India.
I have known him since: 1991. I worked under him when he was director, finance, from 1991 to 1994.
How he has helped me hone my leadership skills: He gave me space and freedom to work on my project that led to the restructuring of CIL. That taught me the value of delegating responsibility and trusting your subordinates with their work.
His advice that has stayed with me: Work is worship.


In the four-month run up to Coal India’s (CIL) $3.5 billion initial public offering (IPO), trade unions twice threatened to derail the country’s largest ever issue of shares. They were protesting the dilution of the government’s stake in the company. Even if half of the 3.5 lakh workers went on strike, it would have become difficult to convince investors about the company’s growth story. But the man in charge, chairman and managing director (CMD), Partha Bhattacharya, was unperturbed. He dug into his vast experience at the company.

The first time the unions threatened a strike in June, Bhattacharya along with the Minister of State for Coal, Sriprakash Jaiswal, negotiated with the union leaders and made them see reason. The IPO was a prerequisite for CIL to get Maharatna status, enabling it to raise up to Rs. 5,000 crore for acquisitions abroad; the company would retain its status of a public sector unit.

The second logjam came just after the listing date, October 18, was announced. Bhattacharya, who had won the hearts of company workers and locals in Jharkhand and West Bengal after turning around CIL’s sick subsidiary Bharat Coking Coal Ltd. (BCCL), didn’t bat an eyelid. “Don’t worry. It [the threat] will taper off,” he told his colleagues. This time he did not talk to the union. And sure enough, come October 18, though they boycotted the IPO, everything went smoothly. While the IPO’s target was to raise Rs. 15,000 crore, offers totalled Rs. 2.36 lakh crore.

“Bhattacharya knows the pulse of the workers,” says Ashok Sinha, CIL’s finance director, and Bhattacharya’s colleague and friend for the last 33 years. “Workers remember that under Bhattacharya, BCCL for the first time turned profitable. BCCL workers [25 percent of CIL’s total] started getting their salary regularly. They wouldn’t have let him down,” he says.

Bhattacharya knew that the IPO’s success was critical for the world’s largest coal mine. “Till the IPO, the world rightly or wrongly knew CIL mostly for the bad reasons — inefficient mining, mafia, and strikes,” says Bhattacharya. “It is now known for the right reasons — world’s highest reserves of a commodity whose demand and price will only increase, low costs and cash reserves of Rs. 35,000 crore.”

Looking back, it seems Bhattacharya’s mission began the moment he joined the state-owned company in 1977. His middle-class Bengali family couldn’t understand why their promising lad would leave a “dream job” with a bank and go to the world of black and dirty mines. “But a bank job was not intellectual enough for me,” jokes Bhattacharya.

He couldn’t be more serious. CIL was unprofitable, undisciplined and infamous.

In his second year at CIL he made a report on project evaluation, which became the blueprint for evaluating financial viability of projects. In 1991, the cash-strapped central government stopped budgetary support for CIL, a loss-making business. Bhattacharya, by then a senior finance executive, restructured the company, which helped CIL get a World Bank loan to finance its projects.

Within two years of him taking over in 2003, BCCL turned profitable. En route, Bhattacharya initiated e-commerce of coal, which helped reach the end consumer directly, dealing a blow to the local mafia. “I did get threats; but that only reinforced my belief that I was on the right track,” says Bhattacharya. When the veteran donned the mantle of CIL CMD in 2006, his colleague Ratnabali Shome recounts, his objective was to change the public perception of CIL. “We had our own doubts, but look now, he has proved it,” he says. Bhattacharya set up coal washeries to improve quality and get a better price and started the country’s largest resettlement and rehabilitation programme in the Jharia coal mines.

Bhattacharya retires from CIL in February 2011. If anything goes wrong, Sinha says, “We know we can go back to Partha.” But Bhattacharya is confident in the system, “my colleagues are well prepared to take the company forward”.