Viswanathan Anand: Praise From a Mentor

Viswanathan Anand, from Tamil Nadu is the World Chess Champion today. He started playing chess at age six and was taught by his mother. Vishy became number one for the first time at age 37 in April 2007 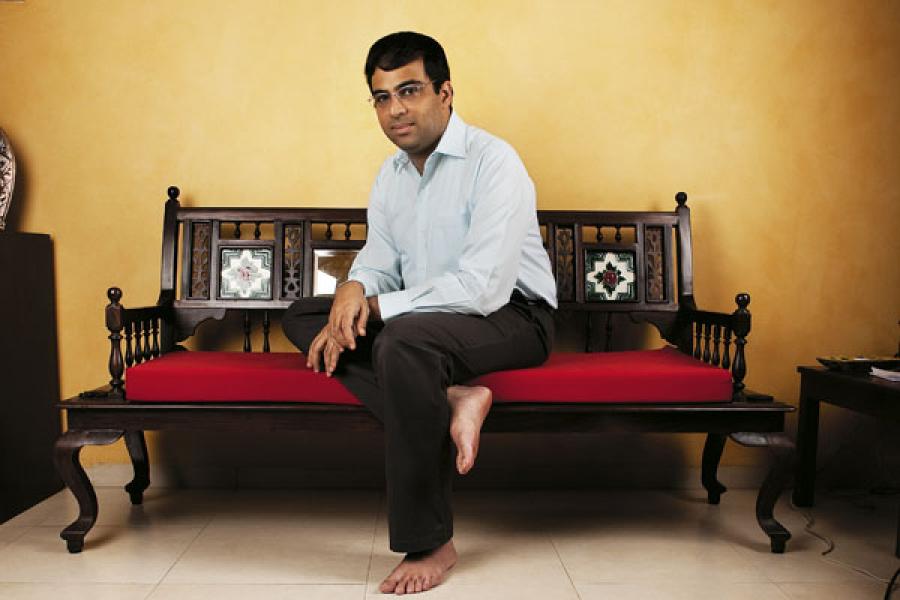 Anand’s Mentors: Mother Susheela taught him chess; he considers Mauricio Perea and his late wife Nieves as his European parents.
How long has Anand known Perea?
Since 1991.
How did he come in contact with Perea?
Met him at a chess event in Linares.
How have his mentors helped Anand’s leadership skills?
Mother taught him never to make rash decisions. This especially helped him in his preparation for world championship matches. Perea helped Anand believe that he was capable of better stuff.
What advice by his mentor’s has stayed with Anand?
Mother: However big and important you are, you should not hurt anybody with your words or actions.
Perea: Only you can judge yourself. What others think or write is irrelevant. You have to be a winner in your head and heart to actually win.


In 1978, when Francisco Franco, the Spanish dictator, was six feet deep into the earth, my wife Nieves and I (Mauricio Perea) decided to return to our Patria [homeland], Spain. My dream was to use my dollars efficiently and retire to a life of playing chess and watching football. Through the years, we often travelled to Linares, then a small mining town in Andalusia. We would involve ourselves in the running of the event: Helping players order in Spanish, buying medicines for some and Nieves would mainly be interested in the cotilla or gossip that would surround the chess players.

In 1991, we heard of a young Indian lad from India called Vishy Anand. Viswanathan was a roller coaster on the tongue and the name Vishy, or Bishy in Spanish, stuck. We heard of this boy, from a country that didn’t have much of a chess culture then, take on the great Soviet chess system. What made everyone sit up and notice was that this typical teenager played chess at a pace that was till then not imaginable. He had no coach, no trainer and in many ways was a maverick. He had just won the prestigious Reggio Emilia (The strongest chess event till that time) ahead of Karpov and Kasparov, even defeating the latter in his quest. Having met all the great chess players and many of the World Champions, this Indian boy intrigued me.

When I first met Vishy, he was dressed in baggy jeans, big white sports shoes, a walkman to his ears on which he listened to what he called the Cranberries and Pet shop boys. For an ear trained in Brahms and Beethoven, the sound of this music just seemed like Boom Boom Boom! He would always, and still does, stuff his hands in his trousers and walk quickly chuk chuk chuk back and forth in Linares. We marvelled at the fact that someone who looked like a teenager could be such a fantastic player.

He played Alexander Beliavsky and the boy took 16 minutes. He never sat on the board. When the clock was pressed and it was his turn, he would immediately make his move and start wandering. “Today,” I tell him, “Vishy, you are a mature man, you actually think before you play” …. He says, “Yes Maurice, age you see.”

During that game, we were shocked. We had never seen anyone play so fast and so correctly. So after the game, Nieves and myself met him at dinner and I told him, “Joven [young man], tomorrow you play Karpov, you can’t play in this swashbuckling style, you have to play slowly, not in 16 minutes.” He said, “Sure Mr. Maurice”, and added, “OK I will play slowly. How about 17 minutes?” In that moment I knew I had found a special person on whom I was going to keep an eye. Nieves said, “Beat Karpov for me.” And Vishy said, “Sure. If I do, I will take you to the best Chinese restaurant in town.” Vishy won and came out running to Nieves. He said, “It’s a date. Let’s go.” We never forgot that moment … It was then that he became our Vishy. 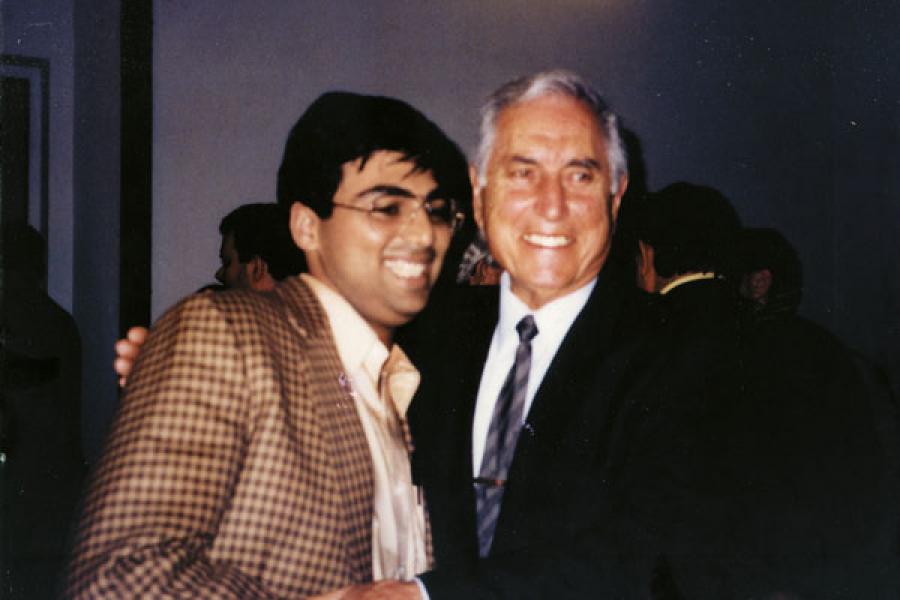 Mauricio Perea, Viswanathan Anand's mentor and Spanish parent
I had never met a chess player with such wit, manners and talent. He visited us soon after in our little town, Collado Mediano. I would spend hours talking to him about history, astronomy and of course, chess. In 1992 he was to play a match against Ivanchuk and we suggested that he train in our house. He and his American friend stayed with us. We would take walks, eat out at restaurants and slowly we realised he had became our Indian son.
We went with him to events and saw the way he played. In 1994, we suggested that he get a permanent second. He was now in the big league and playing at the big events. So Nieves decided that Ubilava would also move into our town. Vishy was finding it difficult to travel to India after each event and there were visa issues with each country, so we thought ideally he needed a base in Europe and the flexibility to work and travel. And he got his Spanish visa.

In 1994, Vishy also played for the right to challenge Kasparov. In the match against Kamsky in Las Palmas, I was made the Tournament Director, so I had to be away from Vishy. He lost the first game but played impressively in that match to squash Gata. The next big hurdle was Garry Kasparov. Nieves and I helped him train in Collado Mediano itself. He had a good team and had worked well. He won the ninth game and we thought Vishy was very close to winning the match. But he had some bad games and lost.

It was his inexperience at play and personally I think maybe he trained too hard. He didn’t have this Soviet training and was largely self-taught. In a match you need to have special guidance. I remember after the match, he invited us to a Japanese restaurant and we laughed so much. We never felt as if he lost. Garry on the other hand, was slamming doors. Vishy should or could have complained, but maybe he is a bit like me ….

On a lighter note, he was also to be married. He called us right after he saw Aruna and said “Nieves. I found a daughter-in-law for you. Treat her well.” We went for their wedding. I had asked a friend to teach me Kalyana vazhthugal in Tamil. When I went on stage and told Aruna that, she looked at me horrified. I turned pale thinking had I uttered some Tamil abuse. And she said, “Sorry Mr. Maurice I don’t speak Spanish.” Caramba, I thought, thank god.

Anand by then was already the World’s No.2 He had won a lot of tournaments, in all formats. He was just the best there is. Never in all the years have I seen him lose his temper. I have only seen him only fight with Nieves. She would come from the hair dresser and Vishy would mess her hair. One day Nieves took a broom stick, hid behind the door and whacked him hard when he entered. In 2000 when he won the World Championship, it was one of the happiest moments for us. He called us instantly. He always does. He was now a World Champion!

When Vishy plays badly -- and he rarely does -- I suffer a lot. I feel helpless. When he comes I always ask him, sometimes he laughs and says, “I knew Maurice I would get this from you.” In 2004 when I lost Nieves, Vishy was there.

Now when I see Vishy, this great champion, I think he has won the most difficult matches and achieved all that there is. Still when he rings the bell in my home, I rush to meet him. I see Vishy, the 19 year old with his hands in his pockets. Always eager to show me his games or clean my computer. He is my boy!