Photo of the day: Love and loss 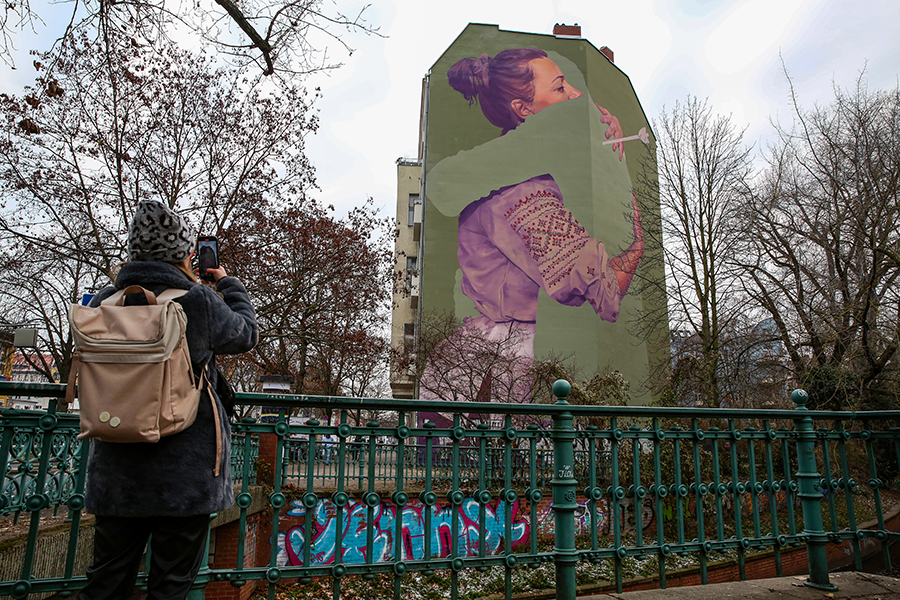 A Ukrainian woman takes a photo of a mural by the innerfields art collective titled 'Absent,' depicting a Ukrainian woman who lost a loved one to war, on December 16, 2022, in Berlin, Germany. Tens of thousands of Ukrainians are estimated to have been killed since Russia launched its large-scale invasion on February 24, but an official civilian or military death toll has not been given. Image: Adam Berry/Getty Images

Tweets by @forbesindia
Photo of the day: A numbers game
From 'KGF - Chapter 2' to 'Kantara' and more, here's how Indian cinema fared at the box office