Reviving investment cycle is key, but fiscal consolidation path will be watched 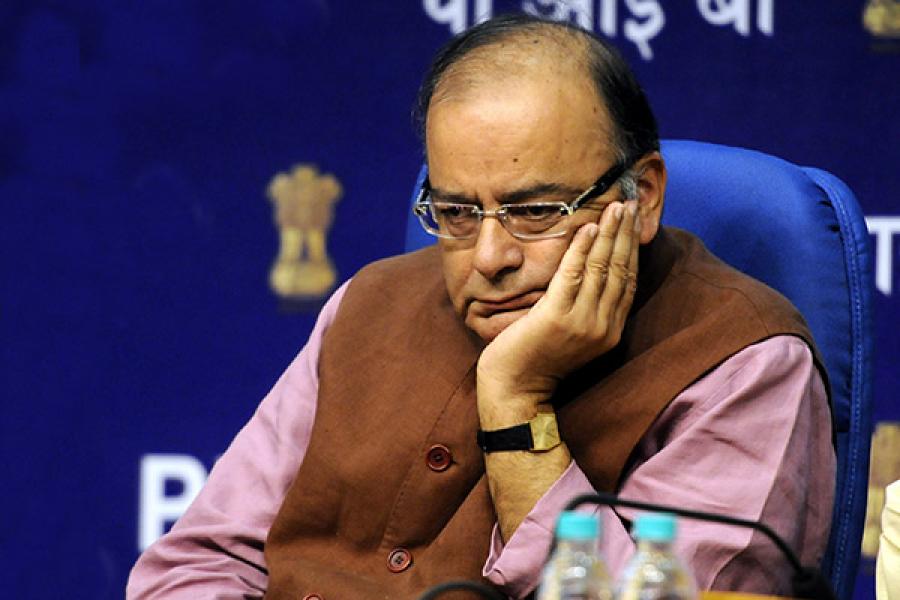 Budgets typically are times where 'everyone wants everything', as a report by JP Morgan points out. But even as Finance Minister Arun Jaitley gets ready to present what must rank as one of the most keenly-awaited Budgets in recent times, most reckon the FM will need to do a delicate balancing act between reviving the investment cycle to push growth, and remaining on the fiscal consolidation path.

As Jaitley rises to present Budget 2015 on February 28, experts reckon the finance minister will use this opportunity to underscore the government’s macroeconomic vision and outline the structure of the next wave of reforms. Suresh Prabhu’s Railway Budget, unveiled on February 26, was also a vision statement of sorts. With the Economic Survey unveiled a day before the Budget setting the agenda, chances are the Jaitley budget of 2015 may spell out the reform roadmap and the government’s economic vision. The Survey has said the economy will grow at over 8 percent in FY16 and that the fiscal deficit target of 4.1 percent for FY15 will be met. Importantly, it added that expenditure control will hold the key to reducing the fiscal deficit going forward.

While the debate continues about how Jaitley will find the money to revive the investment cycle by way of government funding, there’s also a view that a key priority must be the capitalization of public sector banks, without veering off the fiscal consolidation path. Says the JP Morgan report: "We believe this could be possible, if there is an aggressive focus on asset sales and the gains from lower global crude oil prices are well utilized." In fact, the report also adds that this would be possible without compromising the 3.6 percent fiscal deficit target for FY16, though it also says it wouldn’t be surprising to see a slight relaxation of the target to 3.9 percent. The Survey, however, says the government remains committed to fiscal consolidation and that it can balance the twin objectives of boosting public investments in the short term with the need for fiscal discipline.

The significant point - the Economic Survey also says that there is scope for big bang reforms, and even if public investments are increased, the government can hit the borrowing target.

The key to the whole exercise remains the credibility of the fiscal math, JP Morgan’s report points out. "Union Budgets, over the last few years, have suffered on account of over estimation of revenues and under-estimation of expenditure. Separately, in a bid to prop up domestic manufacturing, we could see the inverted duty structures being rationalized in some sectors and increased tariff protection for select industries viz. Metals and Energy."

To be sure, Jaitley’s Budget comes at a time when the overall macroeconomic situation is still largely in India’s favour. Inflation has been declining and oil prices have come down. The Survey adds that there’s some space which is now available for monetary easing now that inflation has been brought under control. It advocates the conclusion of the monetary framework pact between the government and the Reserve Bank of India (RBI) to consolidate the gains from lower inflation.

Arun Jaitley’s Budget is being seen as a landmark one in the context of the fact that it’s now been nine months since the Narendra Modi-led NDA government took charge with a thumping majority in Parliament. While the first Budget was placed with the government having very little time to assess the situation, this time the government has had enough opportunity to weigh the challenges and the opportunities presented by a more benign macro situation. Besides, the business community, which unequivocally supported the Modi government, is now beginning to get rather restless, as evidenced by recent statements by business leaders about the urgent need to get a move on. Expectations are high, from the need to outline steps for the rollout of the Goods and Services Tax (GST) to removing the uncertainties surrounding GAAR and retrospective taxation.

A Motilal Oswal report, for example, says the Budget is likely to focus on initiating “far reaching changes on the taxation front including ensuring a non-adversarial tax regime, steps towards GST and benefit on personal tax.” Subsidy resolution, by bringing it down to 1.7% of GDP, to create headroom to spend on infrastructure, is expected to be another focus area. Reforms acceleration by innovative financing structure and a revamped PPP with lower risk for private sector, are some other priority areas, while the government needs also to address long standing issues in the capital market, including high tax incidence, the Motilal Oswal report adds.

While everyone – from the individual to large companies – expects the finance minister to come up with a Big Bang Budget this time round, one thing is certain: Budget 2015 will hold the key to whether the Economic Survey’s assessment of a double-digit growth trajectory being a possibility is correct or misplaced.