Hero MotoCorp has seen a sharp rebound on the back of strong rural sales. Can it sustain? 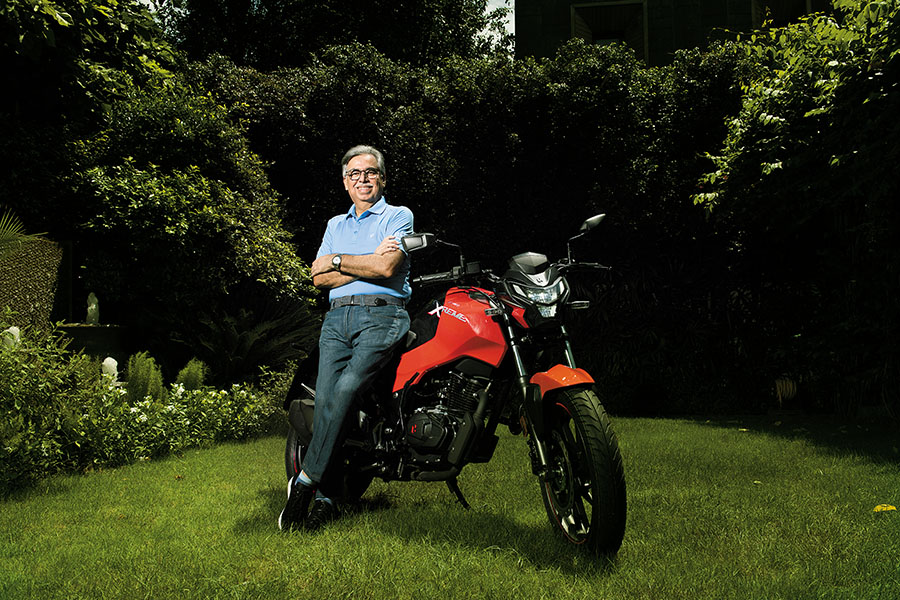 There is a clear uptick in consumer sentiment. The reason for our performance is that we anticipated the crisis ahead of the curve:
Pawan Munjal, MD & CEO, Hero Motocorp
Image: Amit Verma

Thick fog, and an air of anticipation, gripped the Pink City. Hero MotoCorp, the world’s No 1 two-wheeler maker, was about to unveil its ‘rejuvenated vision’, and mission to ‘be the future of mobility’. Global distributors, investors and stakeholders, who had swarmed into Hero MotoCorp’s research and development centre in Jaipur on February 18, expected something spectacular. And it turned out to be true: Pawan Munjal, chairman & managing director and CEO of Hero MotoCorp, announced an investment of ₹10,000 crore into research & development (R&D) for alternative mobility, new product development, facility expansion and brand building across the globe. The message was clear: The maker of Splendor and HF Deluxe bikes and Maestro Edge scooters, which was grappling with a slowdown and muted consumer sentiment over the last two years, was shifting gears.

The sense of anticipation didn’t end there—at least not for the 64-year-old Munjal. But he didn’t foresee good tidings. Covid-19 was rapidly beginning to spread out of China, reaching the US, Western Europe, Australia, Canada and closer home, Singapore, Thailand and South Korea. India had reported its first case on January 30, but few saw the pandemic that was coming.

Munjal began preparing for the worst. For starters, he shunned the handshake, preferring to greet guests with the traditional namaskar. By the end of February—almost a month before India went into a nationwide lockdown—he set up a Business Continuity Taskforce with his leadership team. A sense of urgency gripped the top brass at the corporate headquarters in Delhi.

“We had started preparing even before the lockdown was announced,” Munjal tells Forbes India. Over the next couple of months, two-hour video meetings with the taskforce became a daily ritual, with the chairman also holding digital town halls with employees, suppliers and investors, among other stakeholders. In one of those town halls, he played the galvanising chartbuster of Billy Ocean: ‘When the going gets tough, the tough gets going’. “I have been playing all sorts of numbers, and rallying people around themes and slogans,” he says. “And it worked.” 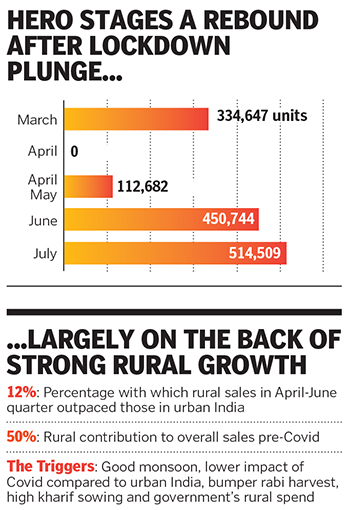 Munjal’s ability to sense what’s coming perhaps first came to the fore a decade ago when Japanese joint venture partner Honda and he parted ways. The chairman knew a solo ride would be possible only if he invested in technology. And Hero MotoCorp is today a leader by far—the $600 million Munjal pumped into R&D between 2011 and 2019 has a lot to do with that.

In two days of March, the company shut down all its factories and offices much before the national lockdown. April was a washout, and the months ahead were looking no different.

Then came June. With dispatches of over 4.5 lakh units to dealers, Hero MotoCorp had grown four times over May. And, if that looked like a one-off courtesy of pent-up demand, July saw a 14 percent growth over June. More significantly, Hero MotoCorp had achieved 95 percent of its July 2019 sales.

Two months, of course, do not make a summer, but Munjal will take pride in the fact that his company gained share in a contracting market. In the April-June quarter, its bike share in the domestic market crossed 55 percent, its highest over the last 31 quarters; in scooters, it gained 4 percentage points, taking its share to 11 percent, again a first over the last many years. Overall, the two-wheeler major has upped market share to 41 percent, a jump of 5 percent over a year ago.

“There is a clear uptick in customer sentiment,” says Munjal. Retail sales have been improving week-on-week, although he declines to share any forward guidance on volumes. “The reason for our current performance is that we anticipated the crisis ahead of the curve.”

Munjal anticipated another trend that’s proved to be invaluable in the turnaround: A rural recovery before an urban one. The government’s spend and packages for rural India over the last few quarters were a big signal. “That was a clear indication that rural would bounce back faster than urban,” he says. Second, the initial stringent lockdowns were largely an urban phenomenon. And a bumper rabi harvest, and a strong start to the kharif sowing season aided by a good monsoon provided all the makings of a rural recovery.

The company has been pulling out all stops to build on this robust base by persisting with a massive rural outreach in the second half of 2019, when over 650 rural sales executives (RSEs) covered 55,000 villages. The sales army met over 1.75 lakh opinion leaders, consumers, farmers and buyers deep in the hinterland. What started last year continues in a different avatar. “RSEs maintain touch with the rural community through video and phone calls,” says Naveen Chauhan, head of sales and after-sales at Hero MotoCorp. The topic of discussion, he adds, ranges from safety measures to avoid contracting the virus, product information, retail finance, service help and exchange support. “The rural growth story is here to stay,” he adds.

Hero MotoCorp, reckon auto analysts, was smart enough to move early. “It has got a crucial headstart,” says Amit Kaushik, managing director at Urban Science, a Detroit-based global consulting firm. The auto major, he adds, not only expanded its rural footprint over the last few years but has also beefed up its service centres, which play a crucial role in rural India. “A brand gets credibility in rural areas not because of its name, but its presence,” he says. “Hero has earned and cultivated it.”
Along with Hero, a range of consumer business is reaping rural dividends. 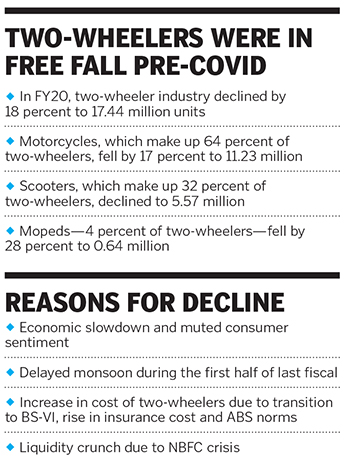 Take, for instance, Dabur. “For us, rural has been growing ahead of urban,” claims Mohit Malhotra, chief executive officer at Dabur India. Like Hero, Dabur too contends that rural success is based on extensive work done by the company in the hinterland. Since last March, Malhotra points out, Dabur has grown its rural network from 44,000 villages to a little over 52,000 this March. With the lockdown easing now, the plan is to restart the expansion of the rural footprint and take it up to 60,000 villages by the end of next March. His bullishness stems from a slew of favourable factors, including the government’s additional spend on MNREGA and higher minimum support prices. “Going ahead, rural consumption will surely see an uptick,” he adds.

Wipro Consumer and Lighting too has seen a rural tailwind. “Rural sales were better than urban,” says Anil Chugh, president (India), consumer care business. Urban India saw stringent lockdowns, which resulted in disruption in the supply chain. “In rural areas, consumption patterns were not as impacted.” 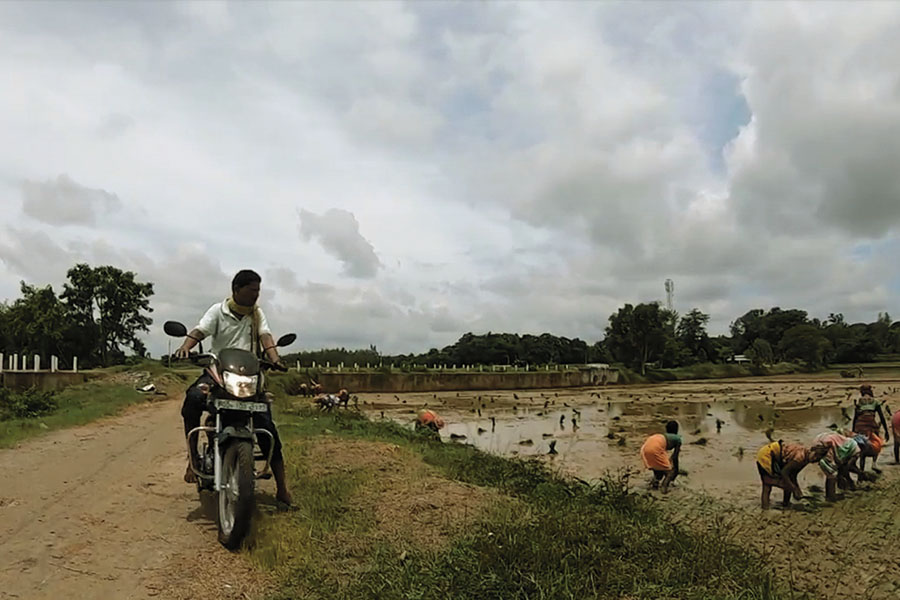 Equity analysts, for their part, are sceptical of a sustained rural boom. “It’s bound to lose steam,” contends Saurabh Jindal, analyst at Bonanza Portfolio, a brokerage. A real danger is that Covid-19 will spread across the hinterland, and it may only be a matter of time before the reverse-migrated workforce starts coming back to the cities for jobs. What Hero MotoCorp must do, suggests Jindal, is to make the most of the rural recovery to compensate for the loss that it’s seeing in urban India. If urban India, Jindal adds, goes into a prolonged slowdown due to Covid-19, it would hurt auto, retail and FMCG companies as well. 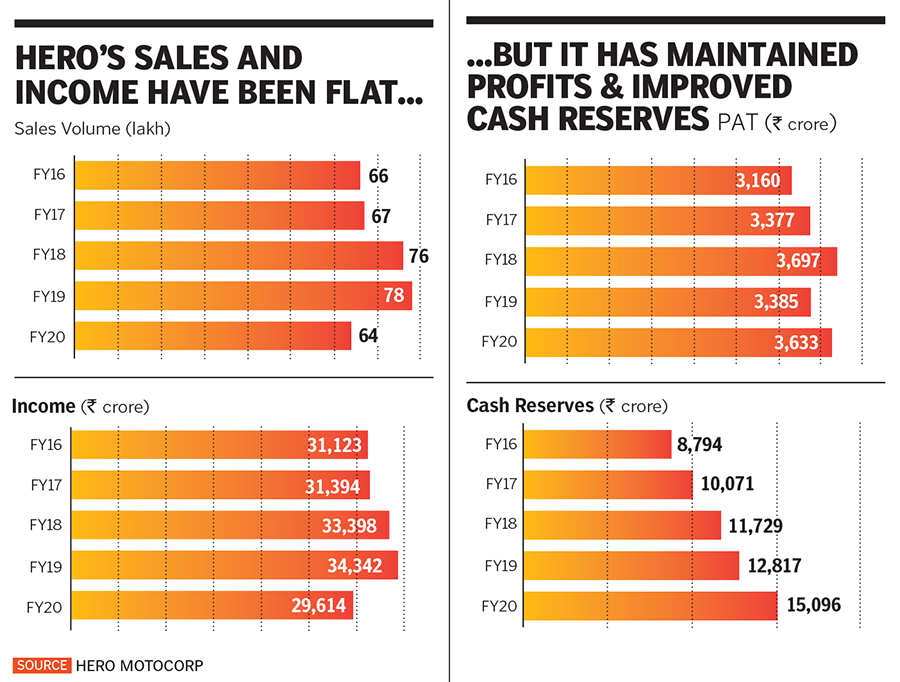 Munjal, for his part, firmly believes that rural will continue to perform. “It’s already showing the way and definitely it’s going to get better,” he says. Without commenting on the sales projection for August, Munjal drops a hint on how things might pan out over the next few months. In one of his sales and marketing meetings in early July, he gave a sales target which he knew was much higher than what his team had anticipated. What happened next was pleasantly surprising for the entrepreneur. “The team came back after a few days and said that the target would be met,” he says, adding that the signs have been encouraging.

So can Bharat be a Hero leading the revival of the economy? “Without any doubt,” says Munjal, backing his gut.