India in the e-sports arena

With more prize money, tournaments and acceptance, the competitive online gaming industry is coming into its own 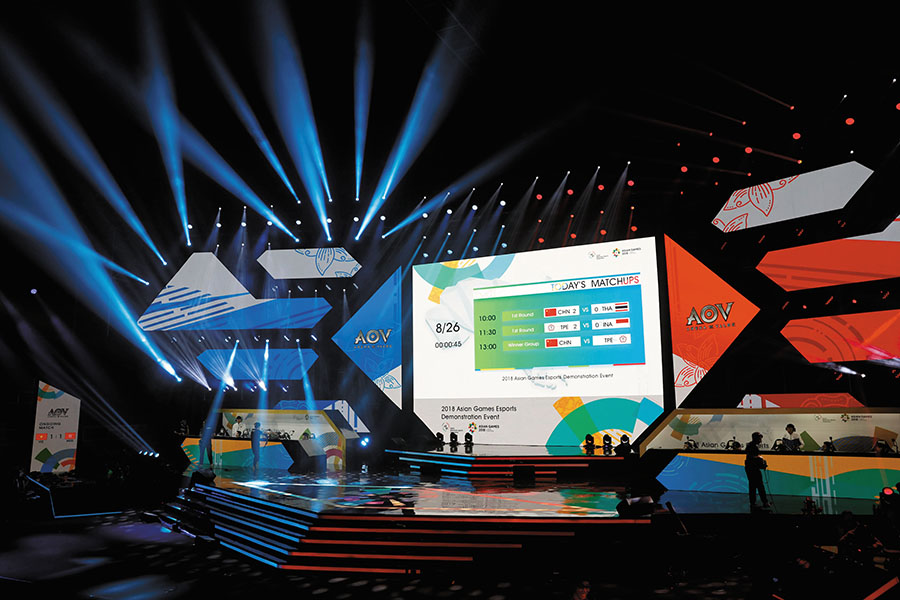 At the Asian Games 2018, which ended in September, India won bronze in a unique category, though it didn’t count in the official medal tally: It was in the collectible card-based video game tournament Hearthstone. Tirth Mehta (23) from Gujarat created history of sorts by winning the country’s first ever e-sports medal. (Hong Kong won gold, while Indonesia won silver.)

Esports was played at smaller stages but now it is gaining importance at national and global levels. It takes the form of structured, multi-player competitions between professional players.

While e-sports has been around for a few years, of late it has gained popularity and support, with well-known companies and gaming giants holding leagues and tournaments in the Indian market. 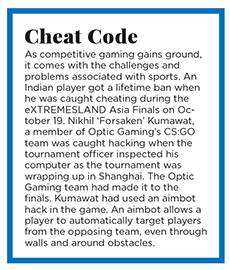 U Sports, founded by Ronnie Screwvala and Supratik Sen, with a focus on three sports—kabaddi, e-sports and football—launched a league U Cypher this January. A month-long championship aired on MTV, it had games like Counter Strike Global Offensive (CS:GO), Defense of the Ancients 2 (Dota 2), Tekken7 and Real Cricket 17, and a prize pool of ₹51 lakh.

“Our main motto is to popularise the sport in India. If you want to make any sport scalable, it needs to succeed on a larger medium, that is television,” says Sen.

Akshat Rathee, managing director of Nodwin Gaming, which has been promoting e-sports in the country and developing the scene since 2014, says viewership is on the rise, be it digitally or with physical presence at events. The company, which has exclusive license partnerships with Electronics Sports League, the world’s largest e-sports company, and Esports World Convention among others, was in the news earlier this year when mobile gaming company Nazara Technologies acquired a 55 percent stake in it.

According to competitive gaming resource website e-sports Earnings, as of October 31, 285 players from India had earned $216,761.38 in various tournaments and games, ranking India at number 64. “The market is doubling every year and is expected to speed up even more,” says Rathee.

Opening up opportunities
Agarwal, of Nazara Technologies, attributes the rise in popularity of gaming and e-sports to the low cost of data and surge in internet connections. “In gaming, a good internet connection plays a major role and has been responsible for the growth of online gaming in India. Players used to face a lot of difficulties while connecting some years ago,” says Agarwal. “There has been an upsurge in the number of high-end mobile phone users after the 4G rollout in India and dropping data costs have helped in the growth of this sector.” 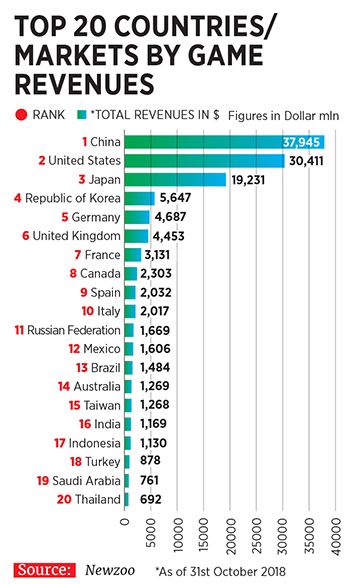 “The Chinese have reached a point that is not so easily achievable, considering they created an e-sports ecosystem years ago, which helped a gamer in innumerable ways, like their strong café culture and the arrival of many popular games earlier. But the number of youth in our country is humongous. Couple this with the tech explosion and we might not be too far from the Chinese,” says Rathee.

The inclusion of e-sports at the Asian Games is an additional boost. The addition of e-sports in the 2018 and 2022 Asian Games was announced in April 2017. At this year’s Asian Games a few video games were included as demo sports and the medal was not counted in the official tally of each country. Six e-sports—League of Legends, Hearthstone, Starcraft II, Pro Evolution Soccer, Clash Royale, and Arena of Valor—were chosen.

“Since it was a demonstration event, the medal wasn’t counted. But the response and support that I’ve received since then has been overwhelming. I hope this medal helps inspire other players to compete in tournaments and represent India at international events as well,” says Mehta, who won the bronze.

Sid Joshi (26), manager of professional Dota 2 team Entity Gaming, says he spent his entire childhood in gaming cafés before going to the UK to study business management. After coming back to India, he started managing Entity Gaming in 2016 and trains players and manages various teams. “Earlier, the gaming scenario was very different in India. People would mock us for playing games, because according to them it was nothing but a pastime. Now, when I see players making money in e-sports, I feel proud. I want to train the teams in the best way possible so that they can represent India on international platforms,” says Joshi, adding that though there’s more work to be done before India can match up to the infrastructure of international leagues, “the gap between the Indian and the international gaming scene is steadily decreasing.” 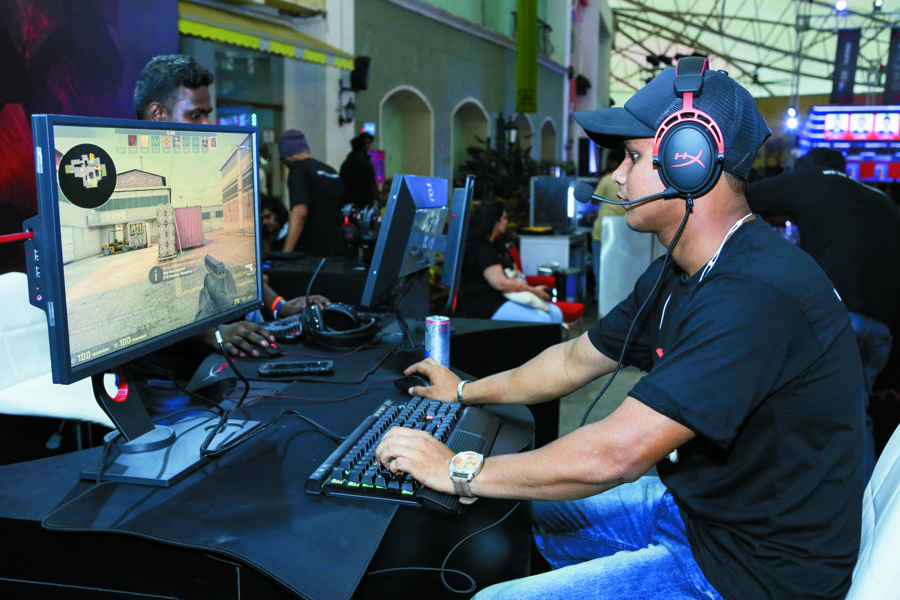 Sagar Vyas, who started his gaming journey from a small gaming café in suburban Goregaon in Mumbai, represented India at Electronic Sports World Cup (ESWC), Paris, in 2012, finishing among the top 10. Vyas (27) is now a manager at Nodwin and the owner of Ate gaming, a gaming team started in 2005. “I have seen all the phases in the e-sports industry, and having been through all the struggles, I’m aware about the challenges faced by gamers. When I started my career in gaming there was no one to guide me, but today I help thousands of gamers by responding to their queries on social media,” says Vyas.

Parents, too, are more accepting of e-sports as a career choice. Veer Singh Dhillon (14), who recently won a tournament organised by his school in Gurgaon, says, “I have been playing games since I was four years old. I have chosen gaming as a career and have planned to attend as many tournaments as I can and get better by practising daily. I also plan to join a team so that I can represent India. Gaming interests me because the idea of having a character you can control and experiencing that character’s story is really fascinating to me.”

His parents have been supportive throughout. “At first we thought it was just a casual interest but we realised he is seriously into gaming and is also good at it. The future of e-sports in India is very bright. And with e-sports becoming a medal sport at Asiad 2018, we would definitely want our son to pursue his career in e-sports,” says Shivani Dhillon, Veer’s mother.

Aparna Shanker, too, researched the scene before she supported her son, Sharang (24), who was pursuing engineering when he told her he wanted to build a career in gaming. “I studied various reports, joined a few gaming groups and spoke to people from the esports industry. I found that esports has a very bright future and that I was wrong to hold my son back from pursuing his career in e-sports. Now I support him as much as I can. In fact, he has now formed his own company where he is coaching teams,” she says.

“With the kind of players we have and the efforts they put in, it won’t take much time to produce world-class talent. In fact, India has more youth involved in gaming as compared to China,” says Rathee, adding that the scene is far more robust than before. “We have teams, players, prize pools, legitimacy, broadcasts are on TV, Voot, and Hotstar. We are one of the fastest growing esports markets in the world, paying out hefty prize pools, getting foreign investments, our teams giving tough competition in Asia.”

Sen of U Sports says they are also working on bringing in more young and aspiring players from school, “because for them it is going to be their livelihood and a new career opportunity. If they start earning at an early age they can pay off their college fees and reduce the burden on their parents,” says Sen.