Crime Master Pathak on the struggles of being a writer

Author of close to 300 novels, Surender Mohan Pathak talks about a life spent writing some of India's most-read fiction 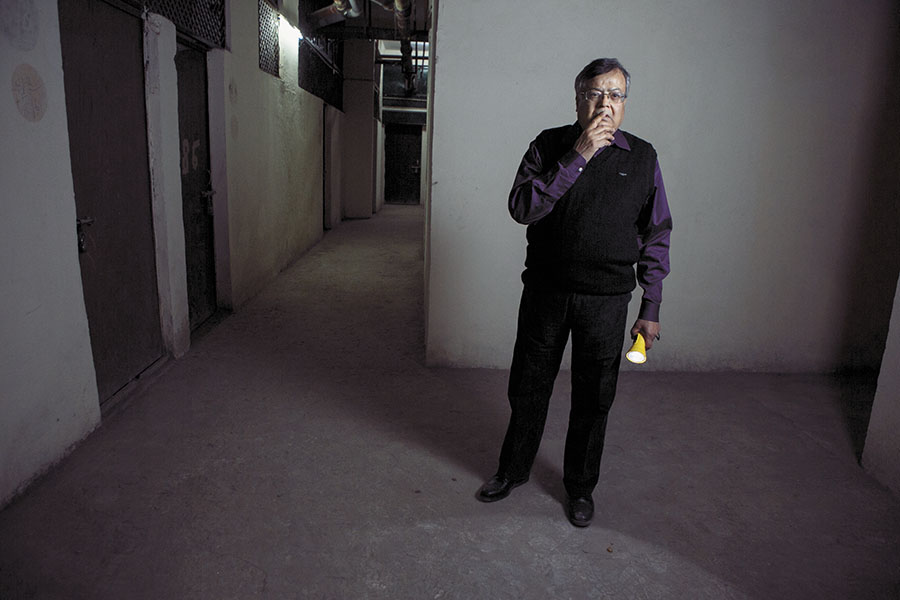 Surender Mohan Pathak is undoubtedly the king of Hindi crime fiction. Over the past five decades, the 78-year-old has published nearly 300 books, many of which have been blockbusters. One of his books reportedly even inspired the notorious Tandoor murder case in New Delhi in 1995, in which a man tried to dispose of his victim’s body in a furnace. Such is the popularity of Pathak that his book Colaba Conspiracy was voted the most popular book in a 2014 Amazon survey ahead of popular writers such as Chetan Bhagat.

“My books are like consumer products,” Pathak says. “It is like Colgate or Pepsi. When a consumer likes a product, it’s not going to vanish. When a reader wants to read SM Pathak, there is no way a publisher can deny them.”

Of late, Pathak, whose books have sold over 30 million copies, has been kept busy by his three-part autobiography, Na Bairi Na Koi Begana, being published by Westland. In an interview at his home in Noida, he talks about his childhood, the struggles of being a writer, and the future of Hindi writing.

Q. How are you keeping busy?
I am doing alright. Life is full of struggles. But, India isn’t doing very well. One percent of the population is doing well and the prime minister keeps saying ‘achhe din’ [good times] are coming. But it hasn’t come yet. People are still struggling for dal-roti. It used to happen in the times of the British.

Q. You were born during the British rule.
I was born in 1940. I was 8-years-old at the time of Partition. We migrated from Lahore. There was fire, bombs and I remember all the struggles vividly. It was a difficult time, and people used to walk 80 km to reach India. I came as soon as Partition was announced. The leaders then, including Mahatma Gandhi, said it was just a geographical divide, but it wasn’t simply that. This was one of the world’s largest displacements, and I remember, in Delhi, camps were set up in Purana Qila where snakes used to come out at night. The government did a lot of work. But for those who died, there was nothing anyone could do.

Q. How difficult was it for a refugee to become a writer?
My father used to work for a British company in Lahore. He was a stenographer, and he found the same job in Delhi. I passed my high school while we were staying at Shahdara [a neighbourhood in Delhi]. I started writing in 1957, at the age of 17. Back then, I would write and ask my friends to review it. I used to closely read my favourite writers and see how they made stories interesting. I read their books like textbooks. For the first 10 years, it wasn’t easy and it was all about hits and misses. But it was very disheartening to hear from many of my role models that my writing was not any good.

Q. What brought you to writing?
In those days, all these things were possible since life wasn’t as hi-fi as today. There was no internet, TV, or mobile phone, and the only source of entertainment was cinema. Cinema, too, was a taboo. And parents wouldn’t allow children to go. Even newspapers didn’t come to every home. It meant that you had a lot of time to do things you liked. Today’s generation spends hours on Facebook.

After my father died young, I was the only male member in the family. I had to take over all the responsibilities. I had three unmarried sisters. So, I would say, responsibility was thrust upon me. I was working with Indian Telephone Industries (ITI) in Delhi. At the same time, I had to work extra for money, since I had to marry off my sisters, and I had two kids by then.

I lost the chance to have a lot of fun. I used to have one holiday [in a week] and would work 16 hours on that day. Because, if I missed one day, I would have had a backlog for one fortnight. I toiled a lot then, but I am not sure people of today could do the same. I had to supplement my income. For 25 years I struggled, and nobody helped me; there were many who tried to pull me down. It took me 25 to 30 years to arrive. Other writers didn’t have to do that.

Q. Why didn’t the others have to struggle?
The others had better salesmanship. They were full-time writers, and they could fraternise. When you become a friend with the publisher, it becomes easy. I didn’t have time to meet with my publisher. Full-time writers have a lot of time to fraternise. Either you write, or fraternise. I couldn’t manage both.
Nobody appreciated the fact that I was a government employee too. They said, ‘he was a government employee and he would stop any time. He will get promoted. Why should we pursue him then?’

Q. So when did you finally arrive?
By fluke, one of my novels, Khoon Ke Aasu [Tears of Blood], became very popular. I have no idea what was special in it. That was my 85th book and was published in 1978. I wrote that book with the same enthusiasm and effort as any other book. It took the state by storm. The publishers were alerted, so were the sellers. Every reader was praising the book, and readers began asking for the previous books. That’s when publishers came running to me. Then I began to dictate the terms. After that, publishers began respecting me. I also began working with multiple publishers.

“ At my age, I read very little now. I am trying to write more. I have few more years to live and I want to leave something behind.”

Q. Since then, has it been smooth?
Not at all. Even then, there were jerks. Paper prices increased four times. That disheartened many publishers, and many of them discontinued. In the 1980s and ’90s, there used to be 50 to 60 publishers for the books. Now there is one publisher in Delhi and two in Meerut. And there is also a dearth of writers. Publishers are not willing to accommodate new writers. This is a diminishing and doomed trade. Only those books published by established companies like Westland or Harper Collins will survive. The traditional books that are published on recycled papers are finding no readers.

Q. Why is there is a decline of Hindi writers?
Nobody promotes a Hindi writer. In English, writers act through their agents. The agent does all the soliciting and necessary work. The same system isn’t there in Hindi, and the writer has to do all the work.

Q. Do you think this will improve?
Not in Hindi. But in English, certainly. For instance, a Hindi writer might be in Bihar, but the publisher will be in Delhi. And publishers don’t want to read a book these days or promote new writers. One established writer can’t write for so many publishers.

Q. How about regional writers and the growth of regional languages?
There is a degree of trouble in all languages. The question is about how much. For instance, in Kerala, co-operative publishing takes place where authors publish through their co-operative. Let’s say, if they publish 2,000 copies of a new writer, they will publish 30,000 for an established writer. At the end of the day, the new writer still has a platform. The same is the case in West Bengal and Maharashtra, where there are many readers. In Hindi, however, for a new writer, there is only one way. To begin publishing your own stories.

Q. With the advent of the internet, are Hindi writers looking at online options now?
In online also, only established writers seem to be working. Self-publishing is coming up now. For instance, Amish Tripathi published his own book and once it became popular, it caught the eyes of publishers. But even if you manage to publish your book, selling them becomes tough because the writer doesn’t know how to sell them. That’s also the problem. What can a person do then? Writing is a very tricky business.

Q. What do you think of new writers?
At my age, I read very little now. I am trying to write more. I have few more years to live and I want to leave something behind. I still feel good when I finish writing a book.

Q. From being a refugee, you became Hindi crime fiction’s most prolific writer. Looking back, how do you feel?
I am very happy with everything. Now money has become secondary. I have no problem in publishing.

At present, my only goal is that a book is published and appreciated. All other things are secondary. But even then, there are troubles. Harper Collins published 18 of my books, then they dropped me like a hot potato. My only hope is whatever I write is published. My current book is my 298th one.

It will become 300 soon after the autobiographies are published. I still continue to respond to all my fans who write to me. If they curse me, I will reply. If they criticise me, I argue with them. I never ignore a person. Writers are made by readers, not by publishers. When a reader okays you, then you have a chance.