How to be an endurance racer without spending millions 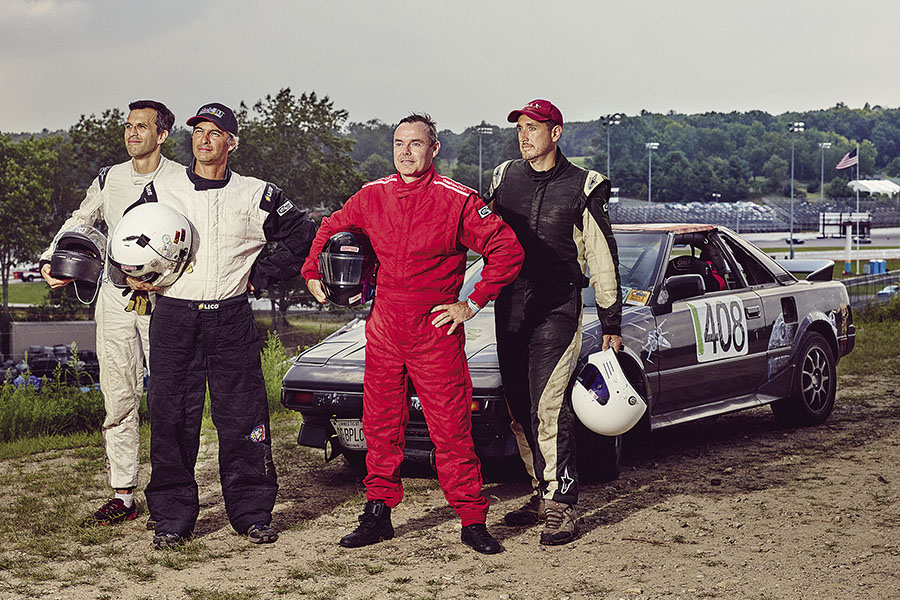 Fast Lane: The author (far right) and his team paid less than $500 for their 1989 Toyota race car. Then the spending actually began
Image: James Farrell for Forbes

Those with cash and a need for speed have traditionally followed one of two paths: Spend six figures on a car with an immaculate engine that they can show off in a garage or while idling in weekend traffic (the Lamborghini option), or spend five figures on an endless series of professional driving lessons that let you tear up a track in someone else’s supercar (the Bondurant option).

I’m pursuing a third way. Over the past dec­ade, a handful of amateur racing circuits have popped up that allow anyone with a driver’s licence to channel their inner Steve McQueen or Paul Newman in their own race cars, on the most storied tracks in America, at speeds as fast as they dare. The two most popular, ChumpCar and 24 Hours of LeMons, have cost mandates. Chump limits expenditures based on a points scale, while ­LeMons caps your car purchase price at a flat $500.

Sure, two of my oldest friends—Bill Rowan, a military-trained pilot, and Rob Mecarini, the president of an ocean surveying firm—found a mid-engine 1989 Toyota MR-2 for a couple hundred bucks, but that $500 spending cap doesn’t cover a litany of safety features.

We needed a fire suppression system, a frame cage, a reinforced roof, helmet harnesses and mesh-covered windows, and a driver’s seat that’s closer to a contoured piece of body armour. Before adding these things, we removed everything else (bigger engine + lighter weight = faster car). Suddenly, we had a $10,000 race car.

And then we kicked it up a gear. In the name of safety (with the expected dividend of speed), we installed an anti-sway bar to make the car more responsive. We built a driver cooling system, which threads ice water through a catheter into tube-lined T-shirts. We upgraded the brakes, invested in tyres that grip and installed a two-way radio. And then came the necessary accessories—racing suits, helmets and a trailer. Suddenly we had a $20,000 race car.

And we hadn’t even raced yet. Luckily, we had Sean Kelleher, a professional mechanic, as the fourth member of our team, which we called Mid-Engine Crisis. A typical Chump or LeMons race runs two days, eight hours a day. While the rest of us had logged track training over the years, any team without a mechanic won’t be racing long, so Sean traded sweat equity for seat time. 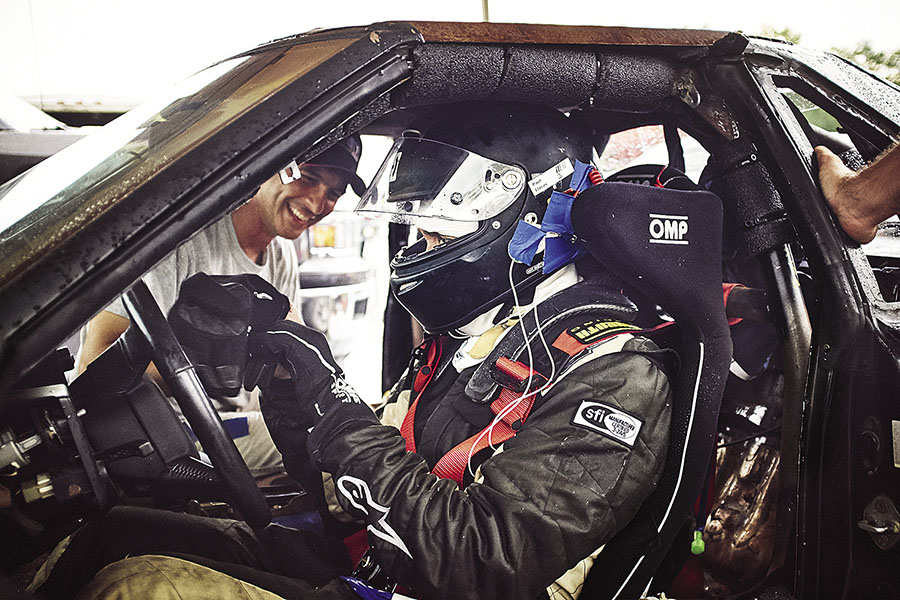 Pit happens: The author preparing for more laps in a 24 Hours of LeMons race behind the wheel of MR2-D2
Image: James Farrell for Forbes


He quickly earned it. After forking over a  $1,600 entry fee for the team, Mid-Engine Crisis debuted last Memorial Day against 103 other cars at a two-day Chump race in historic Watkins Glen, New York. My teammates, who had put in more money and/or time, drove first. Or at least that was the plan—the tight brakes kept throwing them into spins, and the electrical system started acting screwy. Chump might have a funny name, but the competitors take it seriously (speeds top 120 mph), and as I tried to get up to speed during my first lap, dozens of cars ripped angrily past me. Then the MR-2 died, forcing me to coast to the shoulder.

The second day was worse. The car stalled immediately as I accelerated onto the course, and once again I had to glide to the shoulder. (The problem, we later found out, involved a 50-cent wire.) Two days, one completed lap—on a per-mile basis, it was about as expensive as rescuing Matt Damon from Mars.

For the team’s second race, at the Thomson Speedway in Connecticut, we downshifted to the LeMons circuit. While they’re still plenty fast, LeMons races are sillier—most of the cars have punny themes, from a Peugeot dubbed French Toast to the much-feared Saabs of Anarchy. Cars that break the rules face unconventional penalties, such as having to build an engine model, or entire car, out of cardboard, and the winner often receives the $500 prize in nickels.

“Racing is traditionally about one hero and a bunch of losers,” says Jay Lamm, a former car-magazine editor who founded LeMons in 2006 and will oversee 29 races in America, Australia and New Zealand this year, bringing in some 7,000 participants. “We’re just about the losers.” In keeping with the LeMons spirit, our MR-2 was newly painted with a ‘Car Wars’ theme, transforming it into MR2-D2.

The Force wasn’t with us. The car worked properly this time, but when I arrived at the track on Saturday, racing had been suspended because a driver had hit a wall. Then we were penalised three hours for fuelling outside the designated area. And as I finally made it onto the course, torrential, biblical rain wiped out the rest of the day.

But Sunday brought redemption. I started out gingerly, getting passed by the likes of a lawn-care truck, a junker sporting a 7-foot giraffe neck, even a lowly Ford Pinto. I’d logged hundreds of practice laps over the years, but the shift from finding the perfect apex alone to heading into a turn at 100 mph with cars in front of you, behind you and on each flank is the difference between purchasing an engagement ring at Tiffany and scoring a Black Friday doorbuster at Walmart. In Chump or ­LeMons, it’s not about executing the optimal line, it’s about taking whatever gets you around the track intact.

Which I did. As the race continued, I shaved my lap times until it got harder for others to pass me. And then I started ­passing people. In other words, I was actually racing.

I was also cocky. I began braking later and pushing the engine harder, and during one hairpin, I found myself in a 360-degree spin.

I had been humbled—but also hooked. We spend a ridiculous amount of time at these races just hanging around the tarmac, sucking in fumes. It’s slightly dangerous. And it’s an epic money pit. But the payoffs—the adrenaline, quality time with friends and an advanced degree in mechanics—have Mid-Engine Crisis eager for a second season. We’re installing a new transmission, a conductor that funnels cool air into the engine and yet more new tires. Oh, and our $500 race car now tops $25,000.