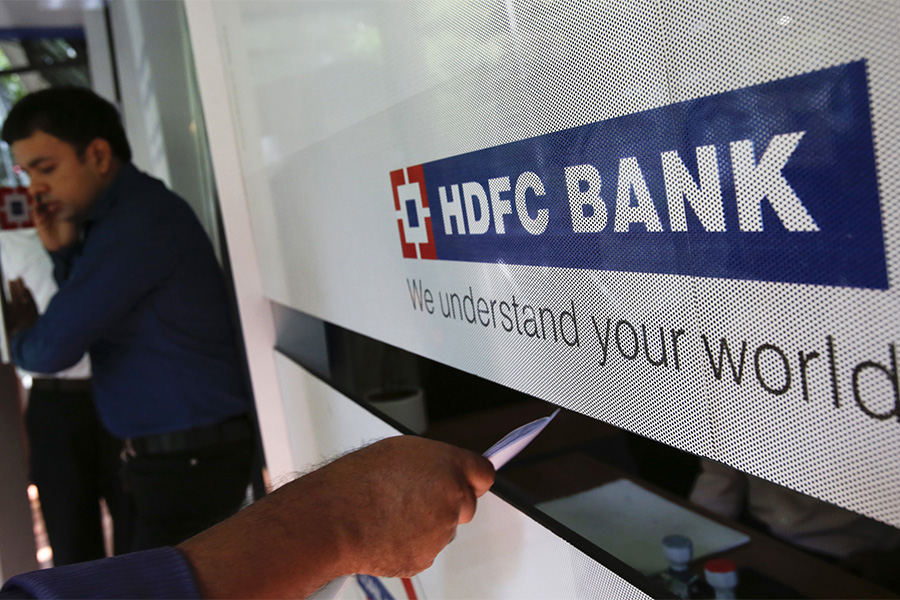 (Image: Reuters/ Vivek Prakash)
Private lender HDFC Bank, like IndusInd Bank and Yes Bank that announced earnings earlier this week, has reported steady earnings growth in terms of profits and net interest income, but was impacted by higher provisioning for bad loans. Provisions for HDFC Bank jumped 90.5 percent in the January-March quarter, from a year earlier, even as asset quality remained steady in the period.

HDFC Bank reported a net profit of Rs 3,990.1 crore for the fiscal fourth quarter of FY17, an increase of 18.3 percent over a year ago. Standalone net revenues (which is net interest income plus other income) rose by 21.1 percent to Rs 12,501.4 crore, compared with Rs 10,319.2 crore for the corresponding quarter of the previous year.

Provisions and contingencies for the bank nearly doubled to Rs 1,261.8 crore for the March quarter, compared with Rs 665.2 crore for the same period a year ago.

HDFC Bank said its net interest income—the interest earned less interest expended —for the quarter ended March 31, 2017 grew by 21.5 percent to Rs 9,055.1 crore from Rs 7,453.3 crore for the corresponding period a year earlier, led by average assets growth of 19 percent and a core net interest margin (NIM) for the quarter of 4.3 percent.

Most analysts had expected the bank to report a quarterly net profit jump of around 15-17 percent and NII of around 14 percent. After the earnings were announced on Friday, HDFC Bank’s shares rose to a record high of Rs 1, 500 intraday on BSE, before closing at Rs 1,496.75, up 2.38 percent over its previous close.

“This quarter was stronger than previous quarters,” HDFC Bank’s deputy managing director Paresh Sukthankar said in a conference call with the media. Total deposits for the bank rose 17.8 percent to Rs 643,640 crore for the year ended March 2017, over a year ago. The bank now has 4,716 branches and 12,260 ATMs in 2,657 cities across India.

“Cost of funds benefit is helping HDFC Bank to remain extremely competitive in the industry and gain market share,” added Mehta. The asset quality for the bank is “one of the best in the system” he added, with low net stress loans of 50 basis points.

Post demonetisation last year, the RBI had given banks—in respect of certain eligible working capital accounts and loans of Rs 1 crore or less—an additional 60-90 days for reckoning days past due for classification as NPAs.

“Accordingly, eligible accounts aggregating Rs 245.21 crore which were overdue for more than 90 days as of December 31, 2016 were not classified as non-performing as of that date. Of these, accounts that remained outstanding as of March 31, 2017 are classified as NPAs,” HDFC Bank said in its note.

The RBI has -- while introducing stringent asset quality reviews -- urged banks to be strict in assessing risks they face, through qualitative and quantitative measures, and make provisions above the minimum requirements.

Tweets by @forbesindia
How to be an endurance racer without spending millions
Startup India: Small businesses that shine in summer