Ranvir Shah hates being called a philanthropist, but he's given a lot to Chennai's cultural life 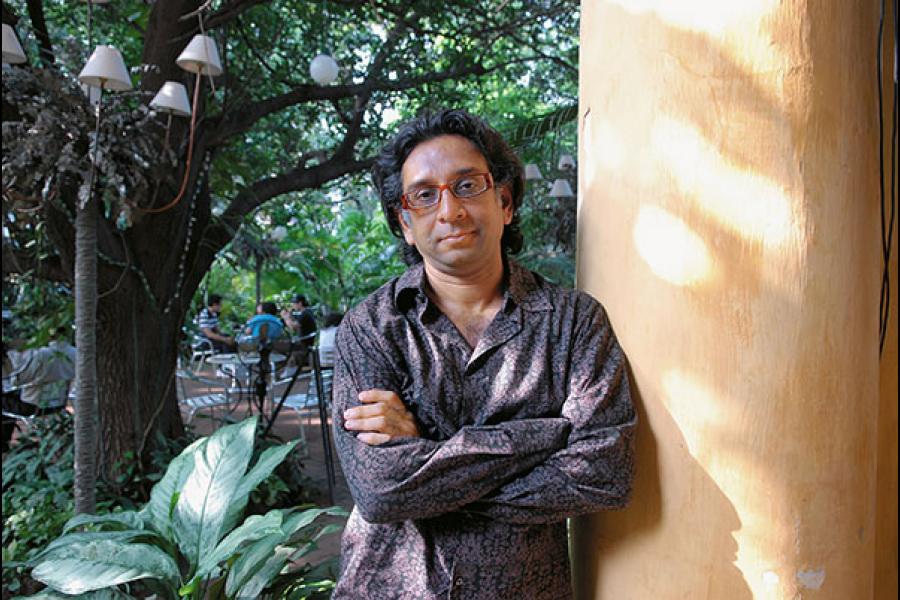 Image: Getty Images
Ranvir Shah of Prakriti Foundation shies away from being called a philanthropist. He prefers to think of himself as a catalyst

When he was a boy in what was then Bombay, Ranvir Shah wanted to be a mime. Not just a mime, but Marcel Marceau himself. He was keen on the theatre, and the performing arts in general, and that’s where he saw his life heading.

Then, his dad, who had a garments business, decided to move the family to Madras. At age 18, the ‘hormonal’ (his word) Ranvir from Cathedral and John Connon School and HR College, used to the big city life, found himself transplanted into an altogether more conservative city, in an all-boys college where his fellow students seemed to want just to study.

He’d told his father that he didn't want to join the business but instead wanted to embrace the Arts. It wasn't just that he wanted to be an artist, but that he wanted to throw his energy into the championing of Art, specifically the performing arts. Older, wiser Shah was reasonable about it. He persuaded the young man that he needed to have some income, and so would pay him 500 rupees and let him use the family car in the evenings if he put in some time in the business. This was a big deal for him, even if his college-mates didn’t quite share his joy at having his own wheels (“I’d say, ‘I have the car! Let’s go watch a movie!’ And they’d just look at me blankly.”) He began getting more involved in the business, making a success of himself, growing the enterprise, perhaps surprising himself with his skill at it. And with the confidence that it gave birth to, and now with his own money, he continued to keep his love for an involvement with the arts going.

He married, had children, and life, as it has the habit of doing, carried on. It was 1997. He was 35, the business was doing well. One morning, he had dropped the kids off at school, when his driver complained of a chest pain. They traded places, and Shah quickly drove to the nearest medical facility. Where they discovered that the unfortunate man was having a heart attack. Shah was on the phone, trying to make arrangements to have him transferred to a bigger hospital when the medical staff told him that they couldn’t save the man: He was dead. It had been less than half an hour.

That night, Shah broke down. He and his driver were the same age, give or take a few months; they’d led reasonably healthy lives, had no prior heart trouble. This could well have been him. He asked himself, if it had been him, what unfulfilled dream would he be leaving behind?

He decided to start an arts foundation. His wife offered support: Every year, he’d been buying her a gift of jewellery. She had more than enough baubles, she told him; why not use the money he would have spent in the future to start his foundation instead? That was the birth of the Prakriti Foundation.

It started small: A lecture in his home in the first year. Then two lectures. Then The Other Festival, in partnership with Anita Ratnam, the dancer, which has now become The New Festival. Over the years, the Foundation has grown and now organises eight different festivals with about 200 events a year.

Most of it thus far has been financed by Shah (he says he’s put in somewhere between Rs 1.75 to Rs 2 crore in 15 years), but he shies away from being called a philanthropist. It sounds too condescending to his ear, makes him sound privileged. “I prefer to think of myself as a catalyst,” he says. When I quibble with that—saying that technically a catalyst is something that does not itself change in the course of a reaction, while he has indeed grown too—he reluctantly agrees, and we compromise: We will call him a supporter of the arts who puts in money and time in the service of the cause.

What is that cause? Chennai is a city that prides itself on its culture. But classical music and dance tend to get most of the attention. Shah would like to widen that appreciation to include other arts as well, and see practitioners of more modern arts get some attention too. “If you don’t widen your thoughts, expand your mind, how are you going to push the boundaries?” he asks, “Culture is a catalyst for the community you’re in. We’re creating a certain sensibility.”

While all that Prakriti does would occupy most of any average person’s day, if not overwhelm it, Shah says he spends just about an hour a day on the foundation. Partly that’s because he’s found the right people to run it day to day, but it’s also because of the organisational and time management skills that years in business have taught him. The garment business is one that requires an eye for detail, he tells me, and that is one thing an arts impresario (my word, not his) needs as much as vision and ambition.

Manjula Padmanabhan, mutual friend, artist (Shah is an avid collector of her work), writer, ForbesLife India columnist and occasional Forbes India contributor, describes his journey to me thus: “He chose an extraordinarily breathless life-style in which he does everything with the extreme commitment and enthusiasm that he’s had since his late teens. He makes his millions while also pursuing all his passions—buying art, supporting the arts, running festivals—and also remaining emotionally and physically committed to his family's several lives. There are strains, of course there are. But for many years now, he has powered this circus with the nuclear reactor of his own personal charisma and it is all still glowing and bouncing forward.”

He’s looking to lower the proportion (not the quantity) of his own financial contribution to the Foundation’s activities, partly with sponsorship, which he has been able to attract in recent years, and also through government grants. This will be, in a way, a vindication, one that proves that he wasn’t just being self-indulgent, that he is, indeed, catalysing something valuable for the city.

Disclosure: Peter Griffin was part of the 2010 ‘Poetry With Prakriti’ Festival organised by the Prakriti Foundation and had accepted the Foundation’s hospitality at that time.