Sanjna Kapoor wants to help theatrewallahs manage their groups better with Smart, a new programme by the India Theatre Forum 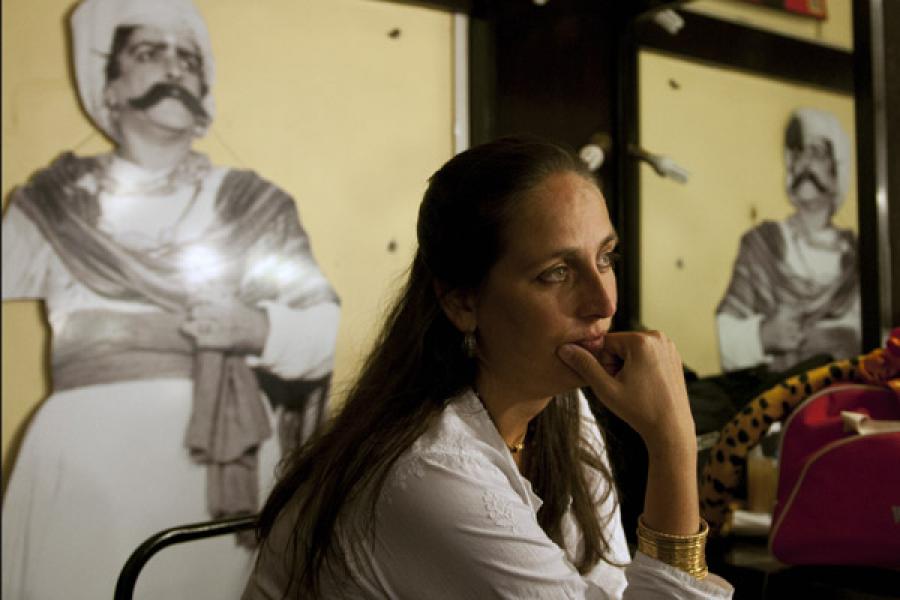 The need for a programme like SMART (Strategic Management in the Art of Theatre) had been hovering in Sanjna Kapoor’s mind for almost a decade, albeit in a nebulous form. And launching it now (the programme begins with a 10-day workshop next January; see theatreforum.in for more details) is a coming together of various factors.

“It was probably written in the stars! Well, actually this is something that has been bothering me since 2003-04,” says Kapoor, a core member of the India Theatre Forum (ITF), which has conceptualised and implemented the proramme. “In 2004 Prithvi celebrated its 25th year, and I had a sense of isolation, a sense of disconnect. It was so much easier to organise an international festival rather than an Indian festival. I didn’t feel that sense of connectivity, which was there in the ’70s in theatre.”

2004 was also the year when Ranga Shankara—a world-class, affordable theatre facility in Bangalore—was opened. Started by Arundhati Nag in memory of her husband Shankar Nag, the auditorium aimed to create an inclusive and vibrant space for the theatre community. “I saw the next two years of Ranga Shankara’s functioning, and felt that Arundhati was very much in touch, and it was an inspiration.” This, in a way, sparked the urge to create institutions that would last beyond their founders. “There should be seven Prithvis in Bombay… There should be a Prithvi in every city,” she exclaims.

Sameera Iyengar joining the Prithvi team in 2002 was another one such factor. Iyengar, co-founder of Junoon and the course director and a facilitator for Smart, “with all her questions” made Kapoor and her team think along new paths.

Another crucial factor has been the changing mindset among the younger generation of theatre enthusiasts. In the past six or seven years, Kapoor has observed a new breed of youngsters who are happy to be involved in theatre full-time. “Earlier, theatre enthusiasts almost always had a full-time job somewhere else. But for these youngsters today, theatre is the end in itself; it is not a stepping stone for something else. They are most willing to do it full-time—as long as they get enough money to keep themselves—and are even willing to get trained. They are willing to spend money on this training, on workshops in places such as Italy or Pondicherry,” says Kapoor.

The final factor was Kapoor’s chance meeting with professor Milena Dragicevic Šesic, UNESCO Chair in Cultural Policy and Management and a professor of cultural policy, cultural management, cultural and media studies at the University of the Arts, Belgrade, Serbia. “I am completely enamoured with her. She has set up an arts management training programme in Belgrade and she is very clear about what the needs are,” says Kapoor.

The ITF oragnised tours for Šesic in four cities, where she and Kapoor met theatre groups in their space, observed their working, and got familiar with their realities. Šesic then came to Prithvi for an intense, three-day workshop, where the ITF wanted to know if they are ready for a programme of this nature, if they really want to do it, and if it would be something of any worth to them. It was not all smooth sailing, though. There were still a lot of people who were resistant, and so, “it has been a struggle”.

The shape that Smart has finally taken includes a 10-day residential workshop in Mumbai next January, followed by a second phase when participants go back to work with their own groups for six months, during which they implement their learnings and plans. They then return for another intense two-day workshop in August.

Kapoor is very clear that the course is not creating managers for the arts; that it is not aiming to create professionals who can manage various art forms, for instance art galleries. Someone had even asked her if her ambition was to eventually change the course into something like an MBA. “And it’s really not. This course is about the group, leaders of the group, decision makers of the group; not necessarily the founders... We mentor the process of them actually developing systems, strategic plans, whatever it is they will need, that they’ll want in the way of an effective way of working,” she says. “It is not about how much you have made at the end of the day, how many products you have got out there; you are not selling or buying anything. It’s actually about how you are nurturing an environment within your groups and outside of your group.”

It does come down to the attitude with which participants approach the issue. There will be certain very practical tools, and factors and systems that will be passed on through the course. It will look at concepts like ‘strategic management’—terms like these are enough to turn off theatre enthusiasts, many of who have been subjected to unthinking attempts of management lessons in the past—but, Kapoor says, “if you forget these scary words, and if you try to get to the element of what they are trying to do for you, and the fact that they are going to serve your purpose”, things do look different.

The selection process for the course—applications for the first batch closed September 30—includes a written application, followed by interviews and conversations (there are three people on the jury) over Skype. “There will be a conversation about what the [applicant] group does, what their aims are, and to see if this course will really be beneficial, if this is the right thing for them to do,” says Kapoor. Applications that have come in so far cover a wide cross-section of the country, a diversity Kapoor is happy about.

Through this course, Kapoor hopes, the participating groups will achieve in two years what they otherwise would take ten for. And this is only the first of these courses.