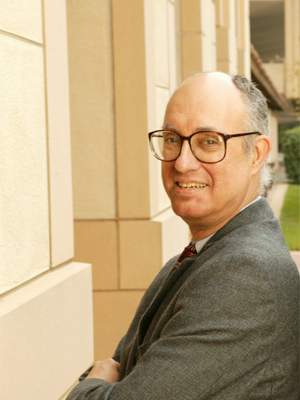 In October of 2005, Walmart CEO H. Lee Scott Jr. made the first address in the company’s history to be broadcast to all of its associates and its 60,000 suppliers.  In the speech, titled 21st Century Leadership, Scott committed his company to using 100 per cent renewable energy, creating zero waste, and selling products that sustain resources and the environment.

At the time, Walmart paid its employees almost 15 per cent less than other large retailers and 46 per cent of employees’ children were either uninsured or on Medicaid, a state program to provide medical care to low-income people. Clearly, environmental sustainability must be a priority for every modern organization. Nonetheless, the emphasis on the natural environment raises an interesting question: why are polar bears, for instance, or even milk jugs more important than people as a focus of company initiatives?

Even as businesses have appointed ‘eco-managers’ to oversee efforts to become more energy efficient and publicly report carbon emissions from their activities, one would be hard-pressed to find similar efforts focused on employees.  I believe it’s time to broaden our focus on environmental sustainability practices and social responsibility to also include organizational effects on employee health and mortality.

Just as there is concern for protecting natural resources, there could be a similar level of concern for protecting human resources and human sustainability. For example, there has been no groundswell of reporting on employee physical and mental health and wellness, even though that might be an interesting and informative indicator of what companies are doing about the sustainability of their people.


In assessing and evaluating countries and other political units, measures of population health (e.g., infant mortality and life span) are frequently used as indicators of societal effectiveness and the level of country development. Indeed, some researchers have argued that health functions as a kind of ‘social accountant’: if health suffers, it tells us that human needs are not being met.

What is true for countries or other political units is also true for organizations. The health status of the workforce is a particularly relevant indicator of human sustainability and well-being because there is evidence that many organizational decisions about how they reward and manage their employees have profound effects on human health and mortality.

Following are just a few of the many ways company decisions affect the health and welfare of their people.

1.Providing Health Insurance. In the U.S., in contrast to every other advanced industrialized country, access to health insurance depends on whether or not one’s employer voluntarily chooses to offer medical insurance as a benefit. Approximately half of the U.S. population today receives health insurance through an employer, and the evidence shows that the proportion of employers offering insurance has declined while the amount employees pay for their coverage has increased. The Kaiser Family Foundation reported that between 1999 and 2009, worker contributions to health insurance premiums increased by 128%, while the proportion of companies offering health benefits fell from 66% to 60%.

There is a great deal of evidence showing that having health insurance affects health status. Hundreds of studies have shown that the uninsured have worse health outcomes than people with access to insurance. Researchers recently replicated the results of an earlier panel study showing significantly higher mortality for people without health insurance. This result held when age, gender, income, education, race, smoking, alcohol use, exercise, body mass index, and initial physician-rated health were all statistically controlled. Based on their empirical results and population parameter estimates, they estimated that there were more than 44,000 excess deaths per year in the U.S. because of lack of health insurance.

Other studies show that people without health insurance are, not surprisingly, less likely to obtain various preventive screening tests for blood pressure and elevated cholesterol, Pap smears, and so forth. Such screening reduces mortality and morbidity through the early detection of harmful physical conditions. Moreover, the data show that even short periods of not having health insurance substantially reduce the utilization of preventive services. Having health insurance also affects people’s economic well-being, because medical bills are a large contributor to personal bankruptcy. Clearly, when employers decide to drop or curtail medical coverage, there are health and economic well-being consequences for their people.

2.The Effects of Layoffs. Employers decide whether or not to have layoffs, how many people to lay off, and who will get laid off. Researchers have found that layoffs are ‘contagious’, in the sense that they spread through similarly-situated and socially-connected firms, which appear to model others’ layoff behaviour. There is also consistent evidence that job loss is a significant predictor of reported symptoms of psychological disorders. For instance, being laid off increases the likelihood that an individual will engage in violent behavior by some 600 per cent. One study reported that job displacement increased the death rate of those laid off by about 17 per cent during the following 20 years, so that someone laid off at age 40 would be expected to live 1.5 fewer years than someone not laid off. Downsizing is also associated with negative changes in work behaviour, increased smoking, less spousal support, and twice the rate of absence from work because of sickness.

3.Work Hours and Work-Family Conflict. Employers determine the hours people work and when they work, subject to federal and state regulations and any union-bargained contracts. Americans work longer hours than workers in most European countries and now exceed the working hours of the Japanese. There is a reasonably extensive body of evidence connecting work hours to poor health outcomes. Some of this research focuses on hypertension. For instance, after summarizing studies showing the connection between hours worked and hypertension in Japan, researchers reported their findings from analyzing the California Health Interview survey. They found that compared to people who worked less than 40 hours a week, those who worked more than 51 hours were 29 per cent more likely to report having  hypertension, even after statistically controlling for variables such as socioeconomic status, gender, age, diabetes, tobacco use, sedentary lifestyle, and body mass index.

Long work hours also increase the likelihood that people will face a conflict between work and family responsibilities, and such conflict has been found to influence health and health-related behaviours.
In one study, depending on the type and degree of work-family conflict and the particular disorder being investigated, employees were between two and 30 times more likely to experience a significant mental health problem if they experienced work-family conflict compared to people who did not.

4. Work Stress. Organizations design jobs, and job design has important psychological consequences. One important dimension of job design is the amount of control people have over their work. High job demands that people cannot control, because they have little or no discretion over the pace and content of their work, coupled with work that is socially isolating, produce job stress.

UK researchers have reported large effects of job stress on mortality and morbidity. Much of this research was stimulated by studies of the British civil service. These studies, called the Whitehall studies, showed that, controlling for numerous individual characteristics such as family background, serum cholesterol levels, blood pressure, and so forth, it was nevertheless the case that the higher someone’s rank in the bureaucracy, the lower that person’s risk of cardiovascular disease and death from heart attack.

5.Inequality. The Whitehall studies are just part of a larger literature showing the connection between inequalities in health outcomes and inequality in individual attributes ranging from income to education. Another study found that the UK and the U.S. are high-inequality countries, and gradients in both income and education were important in understanding differences in health. It is not just the case that people with more income, higher education, and better jobs are more likely to enjoy better health and live longer lives—although that is clearly the case. Some argue that there is an effect of inequality, particularly income inequality, on the average health status of a population.

This is only a partial review of a large epidemiological literature that potentially ties organizational decisions to health outcomes. There seems to be overwhelming evidence that organizational decisions about whether to offer health insurance and choices about layoffs, work hours, job design, and the degree of inequality created by wage structures have profound effects on employee physical and mental health and even people’s life spans. There are other aspects of the work environment that are also likely to be important and might productively be studied, including whether or not people have paid sick days, the amount of vacation they receive and take, and the emotional climate of the workplace, including whether or not there is bullying and verbal abuse.

Given the profound effects of organizations and work arrangements on the psychological and physical well-being of the people who work in them and the growing interest in sustainability, it is interesting that the human dimension of sustainability remains largely in the background.

While we can see icebergs melting, polar bears stranded, forests cut down, and mountaintops reshaped by mining, reduced life expectancy and poorer physical and mental health status are more hidden from view.

One factor that may explain the difference between environmental and human sustainability derives from the different actors in the two systems and the presumption of choice. Few would argue that trees ‘choose’ to be cut down, that the air or water decides to be dirty, or that polar bears make decisions that result in the disappearance of food and habitat. Therefore, there is an implicit assumption that people must act on behalf of the environment, threatened species of plants and animals, and possibly even indigenous populations because these entities can’t act on their own behalf. Employees, however, have choices, and exercise their choices in a labour market in which they compete for jobs and employers compete for talent. Presumably if they don’t like the conditions of their jobs -- including the degree of inequality, the amount of stress, or the absence of health insurance --they can decide to work elsewhere.

Although I have highlighted two factors—visibility of consequences and ideology—as helping to account for the relative emphasis on environmental as opposed to human sustainability, there are undoubtedly many other factors at work. The fundamental message is that we need to understand what subjects receive attention and why, as well as the beliefs and values that form the foundation for our theorizing—not just for the topic of sustainability but for many others, as well. The evidence suggests that these are important and underexplored issues.

In closing
In an ideal world, being a socially-responsible business would encompass the effect of management practices on employee physical and psychological well-being. In the meantime, the available evidence suggests that there is a good likelihood of finding some interesting research results if we continue to expand our understanding of the connections between organizational practices and human well-being.