Angus Deaton, a leading microeconomist explains why progress is an engine of inequality, and the relationship between health and income inequality 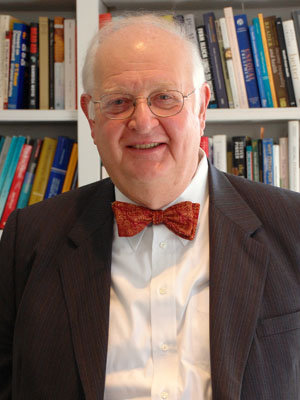 Q. In your latest book, you take the unusual approach of combining health and income inequality into well-being. Most economists deal with them separately; how do health and income inequality combined relate to economic and social progress?
I think it’s important to recognize that progress is an engine of inequality, and a key fact about progress is that it opens up gaps between people who lead the progress — and therefore benefit from it — and the rest. The principle criterion for concern about inequality is whether there is a natural spread of the benefits of progress, so that eventually, everyone is better off, or whether the benefits are and remain concentrated among a privileged few. In the realm of health, innovation and social health practices (e.g., avoiding germs, quitting smoking) generally spread in ways that improve life expectancy. I view the greater risk to economic, social and even political welfare to be income inequality.

Q. Can you explain some of the similarities and distinctions between health and income inequality?
Some health inequalities are due to improvements in health technology and knowledge. If those things first go to the better-off and the better-educated and later spread to others, then that is a temporary inequality and not a problem. It’s like the green shoot in the garden: it means spring will come and everything will be green. But if that shoot is just one plant and nothing else ever grows, that is a problem. The same is true of health inequality. If the benefits of health innovation and access never spread, we wouldn’t be very happy about it. Progress tends to come at the price of inequality, at least initially; but eventually we expect that progress to be broadly shared.

Some of income inequality is like health inequality: some people discover new ways of doing things, and that opens up gaps between them and others. For instance, Steve Jobs was richly rewarded for what he created, but eventually the rest of us benefit from it too, even if we don’t become as rich.  The dynamics of education and the trend towards higher incomes for more skilled workers work in a similar way. That inequality is a big incentive for people to stay in school and get ahead, and that’s a good thing. When I was a poor kid in Scotland and someone drove by in a really expensive motorcar, I got jealous. But we don’t usually worry too much about those sort of feelings, or think that it is the government’s job to account for them.

Q. So what is it that you see as the dark side of inequality?
In terms of health, for example, it’s really disturbing to many of us that so many poor people still smoke, when we have known for years that smoking is really bad for you. Another case is the large racial inequality in breast cancer mortality rates between black and white women.

What worries me the most about income inequality is that it can turn into political inequality. If the very wealthy use their wealth to influence the political process, then the rest of us suffer. That is the danger. People who are healthy aren’t going to undermine the health of the unhealthy; but the super-rich can undermine the political process to their own benefit and harm the rest of us. And studies show that politicians are much more responsive to their rich constituents than their poor constituents.

My book uses the example of the prisoner-of-war camp in the movie The Great Escape. If some people get out of the prisoner-of-war camp and some don’t, that’s a good thing — at least some have escaped. Some people have done well, and we congratulate them. But we worry that others will never ‘get out’.  And if those who got out turn around and collaborate with the captors to prevent others from escaping, that’s a very bad thing. It’s partly corruption, but it’s also things that are perfectly legal. For instance, if trade groups lobby Congress to pass laws to protect their products from competition, that’s an example of people who have gotten ahead collaborating with the powers to block off progress for those who are coming behind.

Economic growth requires creative destruction, as Joseph Schumpeter wrote. Each new generation of fundamental technology sweeps away what came before. A few years back, if BlackBerry had the power to go to Congress and make iPhones illegal, that illustrates the point. People from the previous generation have a lot of incentive to keep the other guys out.

Q. Why is ‘rent-seeking’ worse than the rich getting richer in a well-functioning market economy?
A lot of economists on the right will argue that that’s all that’s going on. If the rich get richer and don’t harm anyone, good luck to them. But for those making hundreds of millions, what is the social value of that? A lot of us are unconvinced that there is that much extra value in what some of them are doing. Some people find inequality disturbing in and of itself. If the rich get richer and nothing else happens, that’s upsetting.

Economists believe in the Pareto criterion — that if there are improvements to one person’s welfare while no one gets worse off, then the world is a better place—but they take a very narrow view of it. If some people have more money and no one has less money, that’s okay, provided nothing else happens. As I say in the book, if no one gets hurt in some other dimension, better off is better; but if people use that money to undermine my well-being — my access to public education or better health care, or there’s more military spending and, so, less for social programs—then I have to pay those taxes, live in that system, and that does me harm. If the really, really rich get richer and that’s all that happens, I have no problem with that; but if they do things that harm me, I have a problem with it. The late economist Mancur Olsen wrote that this process can destroy nations. I really do believe in democracy, but democratic politics are messy and unpredictable. To paraphrase his view, small groups like lobby groups can find it easier to advance their interests because it is relatively inexpensive for them to organize, and the costs of the benefits they receive are spread throughout the population.

Q. How does the U.S. health-care industry make inequality worse?
This is a sector that’s 18 per cent of GDP. If you lose the half of that amount that doesn’t do any good, which is a reasonable estimate, that’s a gain to us but a significant loss for the industry, and worth the industry’s efforts to try to protect it. A lot of that is rent seeking. The health-care industry is benefiting itself but not anybody else. The ones who benefit are a small, unified group, and those threatened are a large diffuse group who are only losing pennies, so it’s difficult to organize us to spend energy and money to do anything about it.

Q. There has been increased focus of late on the minimum wage. Will raising it reduce inequality or create other economic problems that increase the gap between the top and bottom of the earnings ladder?
I’m of the camp that thinks it will do more good than harm. Let me say that again, because most people say ‘more harm than good’: an increase in the minimum wage will do more good than harm. For one thing, it’s not tied to the inflation rate, so if it was right when it was set, it’s way too low now. Modest increases in the minimum wage don’t have much effect on forcing people out of work. It should be indexed to inflation in the same way that Social Security payments are, as a number of states have already done. An enormous number of Americans want this to happen — something like 76 per cent of people favour this,  including Republicans. My guess is that it will go through this year, and that’s a good thing.

Angus Deaton is the Dwight Eisenhower Professor of Economics and International Affairs in the Woodrow Wilson School of Public and International Affairs and the Economics Department at Princeton University. He is the author of five books, most recently The Great Escape: Health, Wealth, and the Origins of Inequality (Princeton University Press, 2013).  This interview was initially published by The GailFosler Group LLC, which provides advisory services to large multinational businesses to improve balanced economic and social opportunity. For more, visit gailfosler.com.

Tweets by @forbesindia
Your thoughts can cost you more than just a penny
Sheena Iyengar: Choice liberates. Or does it?