How Suchita Salwan took LBB from blog to brand marketplace 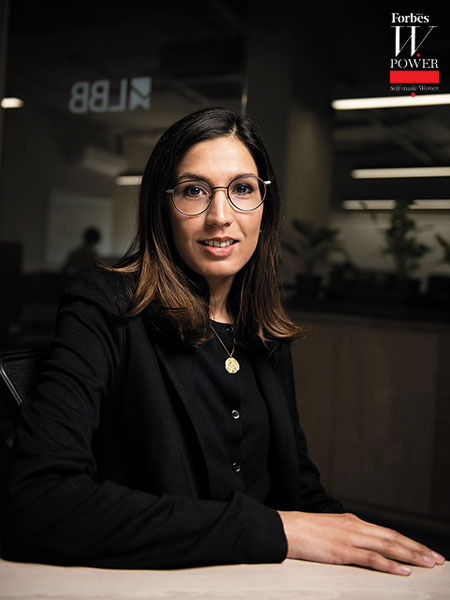 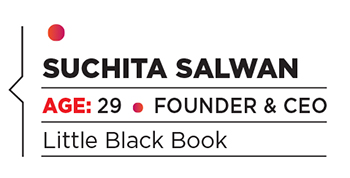 “Today, numerous merchants are looking to become brands,” says Salwan. “We are only helping them. There is a huge growth and interest towards brands that are not run or owned by large conglomerates. Our mission is to connect consumers with local and independent brands and businesses, powering more merchants to become brands.”

Take, for instance, Vishal Footwear—a manufacturer from Paharganj in New Delhi—whose products have found newer geographies through LBB. Its clientele boasts of former Miss Universe Sushmita Sen, actor Asin and Sonia Gandhi. “It is a 20-year-old firm and quite famous around Delhi. Once we brought it to our platform, it has been able to reach out to a huge audience,” says Salwan.

LBB started life as a Tumblr blog in 2011 with Salwan reviewing and providing recommendations of interesting places she had visited in Delhi. “At BBC, I was into digital marketing. It gave me a fair idea about social media and online communities. I would often check out places, take photographs and share my experiences on my Tumblr page,” says Salwan, who studied economics at the Hindu College in Delhi and later worked at Wizcraft International Entertainment.

Over time, she built a small team of photographers and contributors who began writing about interesting things people could do in the capital. “We had in-house contributors and the cost of content was zero,” says Salwan.

In 2013, she decided to bootstrap her venture and spent ₹70,000 to set up her working space. Over the next few years, LBB built itself as a repository of recommendations in the city. In 2015, Dhruv Mathur, a Carnegie Mellon graduate, joined Salwan as co-founder, and the duo set out to grow LBB into a technology-focussed platform, and began integrating discovery and commerce.

“I was young then and I knew I could afford to take the risk,” says Salwan. The same year, she also raised her first round of funding of ₹1 crore from angel investors, including former Google India head Rajan Anandan, Singapore Angel Network and Aseem Vadehra of Vadehra Art Gallery. The money was ploughed into building a tech team and expanding operations outside of New Delhi to Bengaluru.

Between 2015 and 2017, LBB’s user base swelled from 100,000 to over 1.5 million. It expanded to cities such as Mumbai, Chennai, Pune and Kolkata among others. Even in those days, the content for the platform largely came from subject matter experts or local experts. “The idea was to improve demand and build a bigger user base,” says Salwan.

In 2017, LBB opened up the platform to user-generated content which would allow people outside the contributor base to begin making recommendations. “The way our platform works is that it propels genuine users recommending great local products,” says Salwan. Between 2016 and 2018, the company raised two more rounds of funding worth $1.2 million and $1 million from IDG Ventures India, Indian Angel Network and Blume Ventures.

In 2018, LBB began working with merchants to sell on the platform. “Merchants will go where the demand is and we had already built a strong organic demand,” says Salwan. By 2019, the ecommerce category had begun boosting LBB’s fortunes and Salwan says the company grew over 300 percent between January and December last year. Today, it has over 100,000 merchants on its platform, and Salwan and her team work with them to provide insights on consumer demands, and brand insights based on search queries. “Today 30 percent of our orders come from places we aren’t present in,” says Salwan.

In 2019, the company got $5 million from Inventus India, and IAN Fund with participation from Japanese investors Dream Incubator, and Akatsuki Entertainment Technology Fund, as well as existing investors Blume Ventures, and Chiratae Ventures.

“With Suchita, what you see is what you get,” says Sanjay Nath, co-founder and managing partner, Blume Ventures. “She is passionate and speaks her mind. The team turned its passion into a project. It then pivoted from content discovery to transactions and sales. Entrepreneurship is tough and being a woman entrepreneur is even tougher… Suchita has been able to drive active shoppers to the site. As an investor, I would count her as one of our top business leaders.”

This year, Salwan wants to put efforts in scaling up the retail platform, and ensuring merchants are able to sell more. “Sixty-five percent of our merchants don’t sell anywhere else,” she says.

Yet, despite the massive user base, LBB isn’t profitable yet. “Unlike other ecommerce platforms, we don’t have to spend money on listings since the user-generated content segment has been growing pretty well,” says Salwan. This year, besides increasing the number of merchants on board to over 180,000, she is also gearing up to diversify LBB into beauty and home décor. “Our ad revenue has been growing between 50 percent and 80 percent year-on-year for the past three-four years,” says Salwan. “Becoming profitable is not a very long journey.”