The New York-based company has finally begun operations on the Mumbai-Pune-Shirdi route, cutting travel time from four hours to about 41 minutes 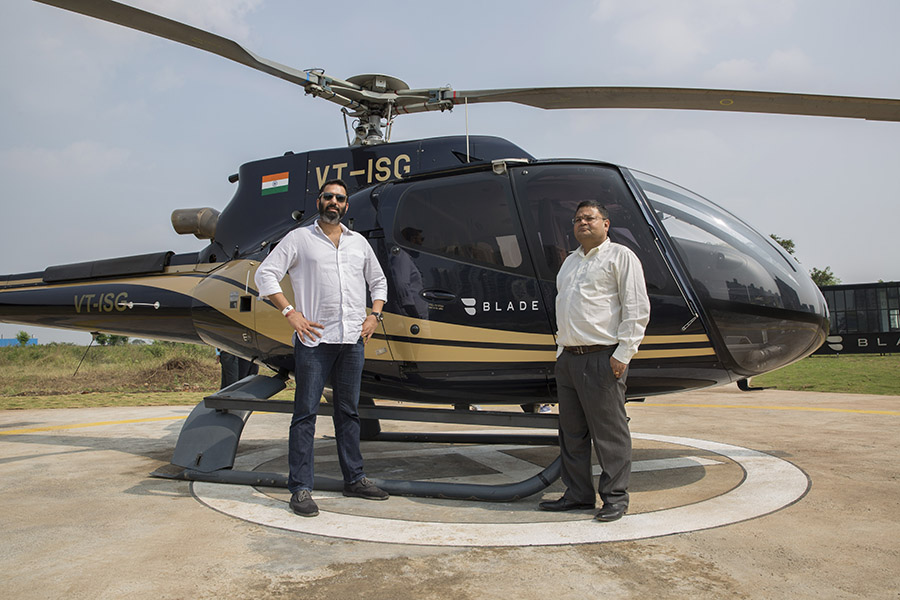 The deafening roar of the rotor blades is the first thing you notice, once comfortably tucked into your seats. The Airbus helicopter, with seating for six, ran full on the Thursday flight we took. Unlike a regular commercial flight, the copter hovers for a few minutes above the ground, before rising to about 700 feet. This is the maximum height it can fly to inside city limits, we’re told. The flight is a new service offered by US-based flight aggregator Blade, in a tie up with Hunch Ventures in India. Forbes India reported its foray into India in December 2018, and while the company aimed to begin flights from March 2019, elections, untimely rains and other factors caused a few months of delay. You can book a seat on a Blade chopper through an app, much like you book an UberPool ride. Blade India MD Amit Dutta assured us that the journey from Mumbai to Pune will be covered in just 45 minutes. It took us just 41 minutes, cutting down from the four hours it typically takes to reach Pune from Mumbai. Cruising a few 100 feet above the city, you can spot Joggers Park or fly right past the tallest point of the Bandra-Worli Sea Link. From that height, maximum city is reduced to a matchbox-minimum, giving the rider an alternative perspective, and a sense of how Gulliver must have felt in the island country Lilliput. 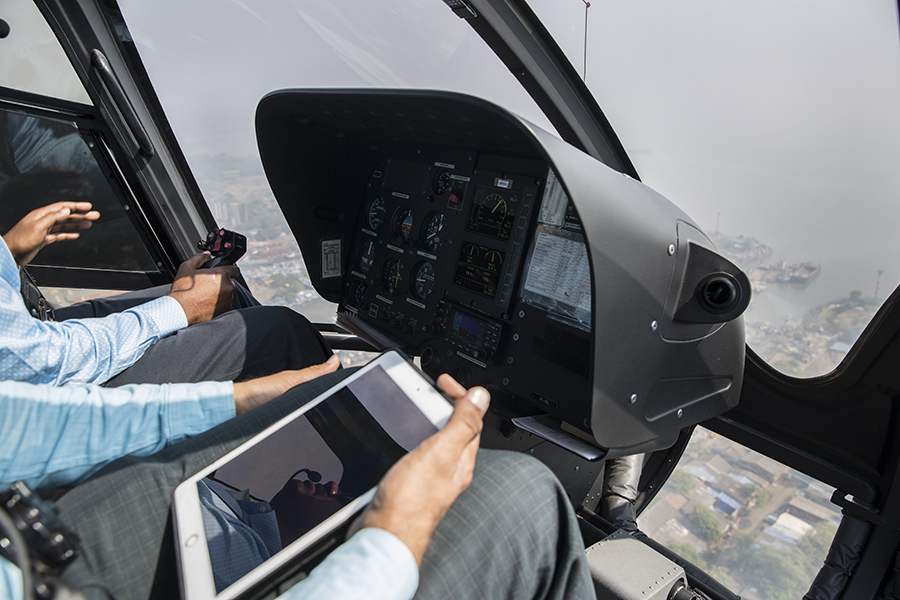 An inside view of the helicopter operated by Blade
Image: Aditi Tailang

If the view doesn’t arrest you—which is unlikely—the company provides you iPads, on which you can watch videos for in-flight entertainment. Once outside the city, we touched the maximum altitude of 3,500 feet, crossing over hills along the way. The trip was overall smooth and event free, but as the pilot deftly manoeuvres his machine just over the tip of the hill, it isn’t a sight for the weak heart or for those with the fear of heights. On a particularly smoggy day, we had very low horizontal visibility, something that doesn’t usually happen, says Karanpal Singh, founder of Hunch Ventures. But the endless stretch of green below us made up for it, a view that you miss from a regular airplane, as it flies high above at 30,000 feet or more. Crossing Lonavala just about 15 minutes into the trip came as a surprise. Before we realised it, we were already nearing Pune. The short trip, however, undeniably provides a different perspective of not only Mumbai, but the Maharashtra terrain throughout. Every passenger on the helicopter has a pair of headphones with a mic to communicate with each other. The headphones help cancel out the rotor noise. The flight path is fixed, but the helicopter can possibly land almost anywhere, with a reasonable patch of flat surface, Singh says. 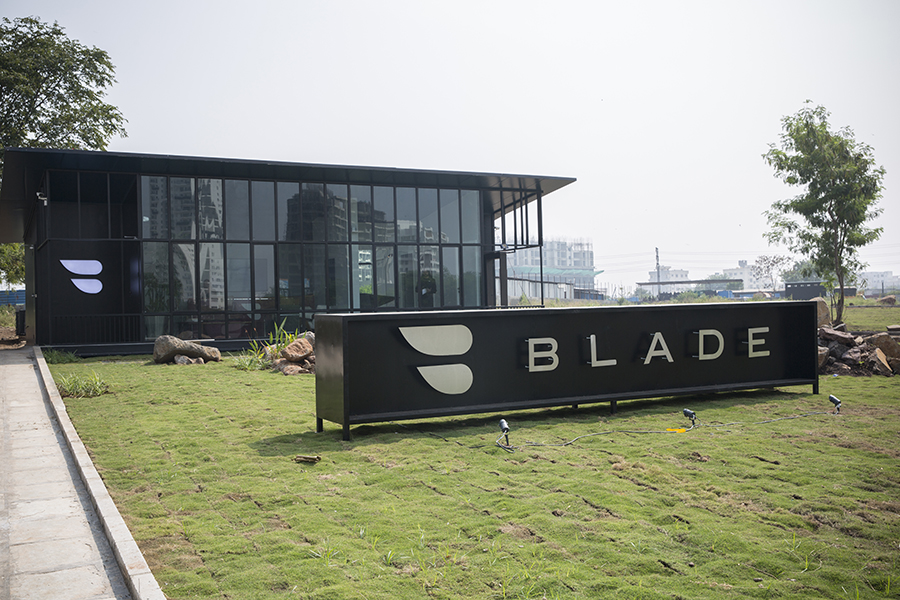 After the pilot landed the helicopter in Pune, we were escorted to a swanky Blade lounge a few metres from the helipad, on a stretch of land owned by the company. The sun-lit, minimalist lounge has two large screens, a bar and comfortable couches to sink into before or after your flight. It feels like a private, unwind zone, complete with food and drink services at either end. While Blade lounges abroad are famous for their champagne sippy-cups, they do not have the permit to serve alcohol in India yet. “The service is aimed at providing the luxury of convenience, but not be identified as a luxury service. People who value time over money will prefer Blade services instead of spending four hours on the road,” Singh says. One seat to Pune will cost approximately Rs 20,000, but the pricing is dynamic, depending on the demand and in case someone opts for bulk booking. The company will also operate from Mumbai to Shirdi. Dutt says that the bookings for the next week are already full. The trip back was equally pleasant for the eyes, especially after the visibility got better and we could see the hills near Pune and Lonavala clearly. 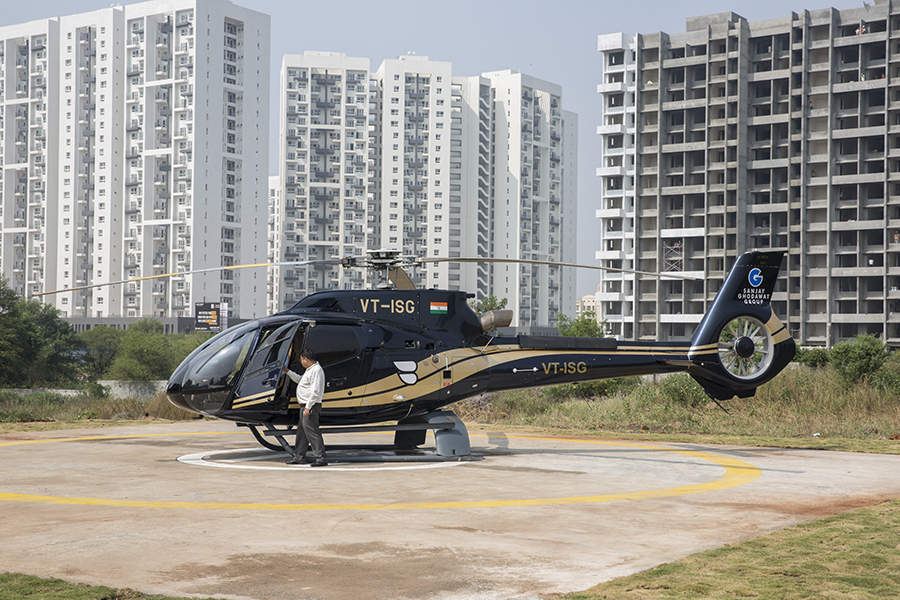 One of the two helicopters operated by Blade in India
Image: Aditi Tailang
Whether you travel for business or leisure, for religious reasons or for a weekend getaway, the innovative new service is a worthwhile ride, if you have the dollars to shell.
Travellers can book their seats on the Blade app or by visiting www.flyblade.in. A Mumbai-Pune ride costs approximately Rs 19,900 one way

Tweets by @forbes_india
How much does innovation drive economic growth?
Face-off over facial recognition systems