Nair's short film Davivakanam will have its world premiere at Cannes. The IAS officer-turned-film director spoke to Forbes India before taking off for Cannes, about his journey from being a civil servant to a filmmaker 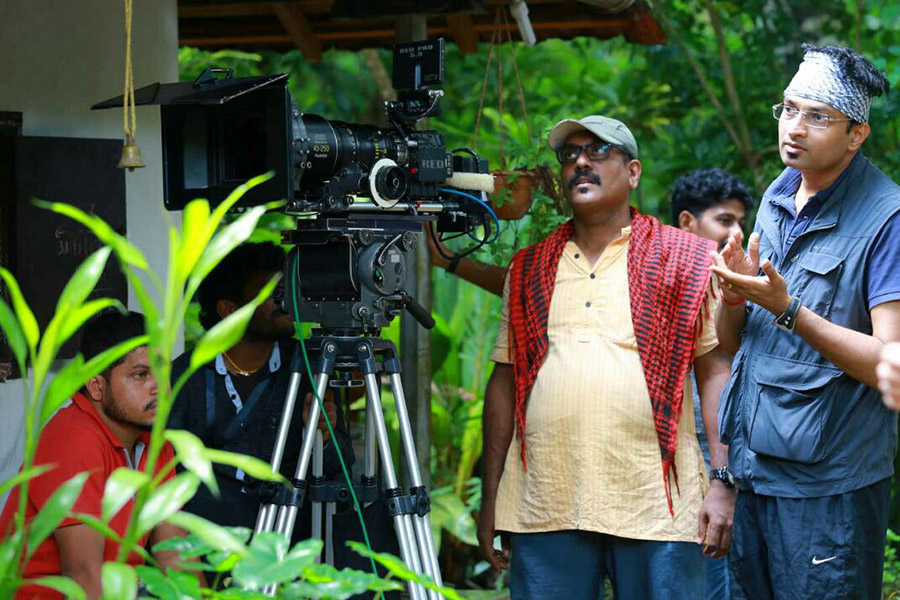 The first time director, Prasanth Nair on the sets of Davivakanam
Civil services and filmmaking are at two ends of the spectrum. How did the shift in profession happen?
As a child, I wanted to be a cinematographer, but life had other plans for me. During my time as a District Collector in Kozhikode, I was heading a community-driven umbrella initiative called 'Compassionate Kozhikode' which had initiatives in sectors like transport, mental health, public infrastructure and so on.
We had hired an agency to work on the creatives, but I wasn't very happy with the promo for the initiative. I took up on my team’s suggestion and decided to make it myself. It was just a small scale project, but it gave me the confidence I needed to continue work on an independent project. I was doing all this while working as a district collector and thoroughly enjoyed it! I then took a sabbatical for 10 months to learn various aspects of film making and worked on many projects.

Can you briefly describe the plot of the film?
It is about an astrologer who commits a forbidden astrological act and gets caught in an endless loop. In a bid to resist change, the protagonist also tries to freeze time rather than let go of monotony, routines and rituals. Depicted like a musical, Davivakanam (meaning, the God’s particle) depicts a man’s struggle to cope with the knowledge of the future. It is essentially an abstract-mystical film with a philosophical touch.

What inspired you to make Davivakanam?
After 10 months of learning the ropes of film-making, Anjali Menon, a dear friend of mine, encouraged me to work on my own project. It was with the support of a friend and my inclination towards philosophy, that I zeroed in on the plot which was a combination of philosophy and abstract. The idea was also to include everything I’d picked up about film-making, especially the techniques. I visualized the film to be as challenging as possible and use the visual medium as vastly as possible, to tell the story in the best possible way.

As a first time director, was it difficult for you to get funding?
It really helps to have good friends in the film industry (laughs). But, on a more serious note, I think film direction is a combination of aesthetics and administrative work. Both are extremely important and you need to find the perfect balance between the two. So when people see how honest and serious you are about what you do, it isn’t difficult to find funding.

What is the best part about filmmaking?
Nothing beats the creative satisfaction you get at the end of the day! That was something I never felt as an IAS officer.