Farm laws repeal: What lies ahead 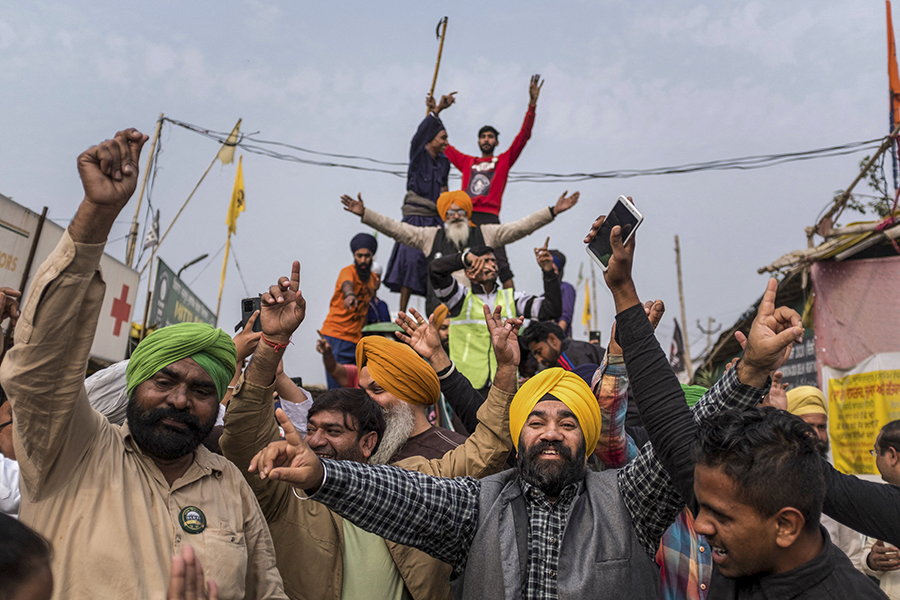 Farmers celebrate at Singhu border, Delhi after India's Prime Minister announced to repeal three agricultural reform laws that sparked more than a year of protests by farmers across the country on November 19, 2021.
Image: XAVIER GALIANA/AFP via Getty Images

Prime Minister Narendra Modi on Friday morning announced that the three farm laws, which have been a point of contention between the farmers and the Centre for more than a year, will be repealed.

Tweets by @forbesindia
Covid-19's entrepreneur explosion: Why America will never go back to business as usual
The Croesus of Crypto: How Sam Bankman-Fried built a $22.5 billion fortune without really believing in cryptocurrency