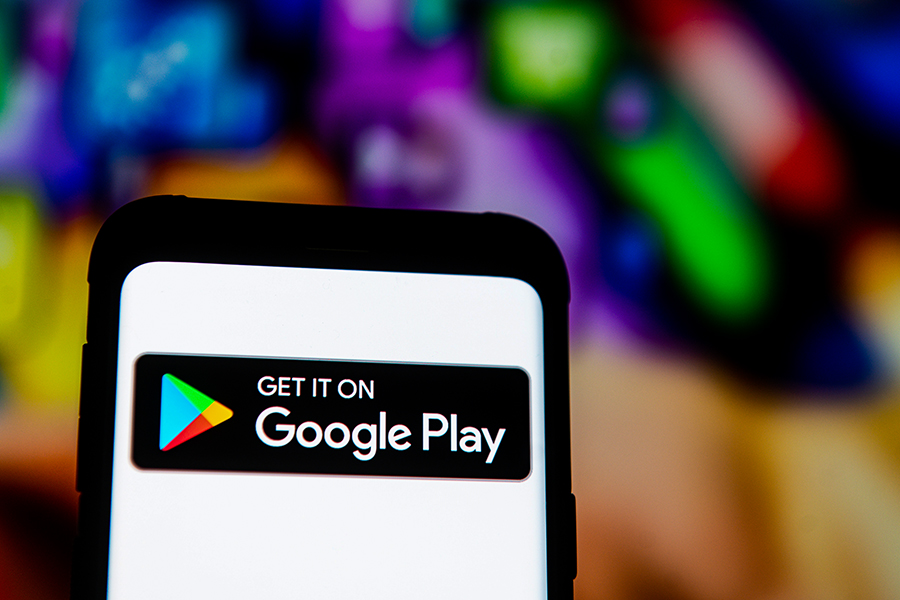 America has the world’s most vibrant startup ecosystem, which has spawned the biggest tech companies, including Google, Apple, Facebook and Amazon. These companies are changing how people live and how businesses function all over the world. They are all also under investigation in the US for potential misuse of their market dominance.   In comparison, India has a fledgling startup ecosystem. This ecosystem is still transitioning from replicating local versions of Silicon Valley successes to building truly locally relevant products and services. Most don’t make any money yet. However, as some early leaders begin to spread their wings, they have discovered that they may have to push back against one company in particular, that holds tremendous sway over their success.

Over 95 percent of India’s 500 million smartphone users use handsets that run on some version of Google’s Android operating system, according to a Statcounter estimate. And bundled with it is the company’s marketplace for apps, the Play store. Today this store is critical to the distribution of the apps that India’s startups are building because it is where the hundreds of millions of consumers discover and download apps onto their smartphones — by default.

Therefore it must have been a rude shock for One97 Communications to have its Paytm app temporarily shut out of the Play store recently, or for ventures like Zomato and Swiggy to receive notices that their apps were violating Google’s policies and could face action. While Paytm’s violations involved offering certain cash-back incentives to consumers, it’s not clear what the violations were in the case of Zomato and Swiggy. All have since made changes to their apps to toe Google’s line.

A larger source of angst for the Indian startups is that, they will soon be forced to use Google’s proprietary billing system for any in-app sale of digital goods, and pay a transaction fee of up to 30 percent on those sales.

Collecting such a transaction fee isn’t new, but Google now seems to be enforcing its policy more strictly. In a September 28 post, the company provided a clarification: "We’ve always required developers who distribute their apps on Play to use Google Play’s billing system if they offer in-app purchases of digital goods, and pay a service fee from a percentage of the purchase.”

Worldwide, “less than 3 percent of developers with apps on Play sold digital goods over the last 12 months, and of this 3 percent, the vast majority (nearly 97 percent) already use Google Play's billing,” Google said. “But for those who already have an app on Google Play that requires technical work to integrate our billing system, we do not want to unduly disrupt their roadmaps and are giving a year (until September 30, 2021) to complete any needed updates.”

On Oct. 5, Google extended that deadline for Indian app publishers by six months. “We are setting up listening sessions with leading Indian startups to understand their concerns more deeply. We will be setting up policy workshops to help clear any additional questions about our Play Store policies,” Purnima Kochikar, director of business development, games and applications, Google Play, said in a post on Google’s website.

“And we’re also extending the time for developers in India to integrate with the Play billing system, to ensure they have enough time to implement the UPI for subscription payment option that will be made available on Google Play — for all apps that currently use an alternative payment system we set a timeline of 31st March 2022,” Kochikar said.

In its September 28 post, Google had said: “We only collect a service fee if the developer charges users to download their app or they sell in-app digital items, and we think that is fair. Not only does this approach allow us to continuously reinvest in the platform, this business model aligns our success directly with the success of developers.”

Google allows other app stores to be loaded on its Android phones. Samsung Electronics’s Galaxy App store, for example, is available on Samsung’s phones. However, Google Play is the preferred option for most users because, over the years, it has built an unbeatable combination of app selection and trust for the brand.

While Google is the monopoly in India, in the US and Europe it is a duopoly, with Apple being the other dominant provider of a marketplace via its App Store. And although confronting the policies of these giants comes as a new experience to India’s slowly maturing startups, there is ample precedence of smaller companies being affected by those policies. In the US, music streaming venture Spotify’s fight with Apple, for example, is well documented.

Last month, a group of companies led by digital games maker Epic Games, and including Spotify, came together to take on Apple, particularly, to change its App Store commission policies. The group, called the Coalition for App Fairness, says on its website: “For most purchases made within its App Store, Apple takes 30 percent of the purchase price. No other transaction fee — in any industry — comes close.”

The group continued: “This app tax cuts deeply into consumer purchasing power and stifles developer revenue. This is especially unfair when this tax is imposed on apps competing directly with similar apps sold by Apple. This puts businesses at a distinct competitive disadvantage and thus drives up the prices for consumers.” Spotify, for example, competes directly with Apple Music, and Google’s YouTube Music.

Last year, Authority for Consumers and Markets, the Dutch anti-trust agency, conducted a market study on the dominance of Apple’s and Google’s stores and decided to launch an investigation. It cited feedback from many app developers who had complained about practices including the 30 percent transaction fee. The Dutch agency initially focused on Apple, but said it would look into Google’s Play store policies as well.

Google contends that the transaction fee allows it to reinvest in the Play store platform, making it more secure for developers and consumers to use and for building free tools that help developers make higher quality apps. Many app publishers on the Android environment whose businesses rely on increasing subscription have significantly boosted their subscriptions as a result of improvements Google made to its store, the company said in a release.

The Indian startups, however, are of one mind that Google’s 30 percent cut is unfair, and have decided to come together to build an alternative Indian app marketplace, according to multiple media reports. Prominent entrepreneurs including Paytm’s founder and CEO Vijay Shekhar Sharma, MakeMyTrip’s Deep Kalra and GOQii’s Vishal Gondal are said to be in this grouping. The Indian startups are also expected to approach the central government for help.

Google’s Android's reach in India is a fait accompli and the popularity of Play may also already be too formidable for an alternative app store to make any significant dent. These large tech companies are deeply embedded in India, which they see as a strategic market for the future. They have invested and continue to invest billions of dollars in the country to grow their operations, hiring thousands of employees, building data centres and development facilities. Many of India’s tech entrepreneurs and the staff they hire typically earned their spurs at Google, Microsoft, Amazon and so on.

Some experts, however, say that the influence of these companies can be damaging too. Vivek Wadhwa, a respected Harvard academic, recently sounded a warning for India. “Like US and China, India must ensure that foreign tech companies here are locally owned,” Wadhwa wrote in an opinion published by Economic Times. He focused on Facebook, which sees India as its largest market by number of users, and wrote it had become a platform to undermine democracies around the world.

He compared some of Facebook’s actions to those of the East India Company “that pillaged the country.” Facebook should be forced to sell its Indian unit to someone like billionaire Anand Mahindra, Wadhwa went on to write. As to Google and India’s startups, government intervention seems inevitable if any significant compromise is to be reached. In the US, Epic Games has had the heft to distribute its games on its own, outside  Apple’s App Store. It launched its own app store in 2018. Not one of India’s growing startups with apps can afford to do that with Google today.