Important decisions were taking at the GST Council meet on September 9, where suggestions that were put forth were considered 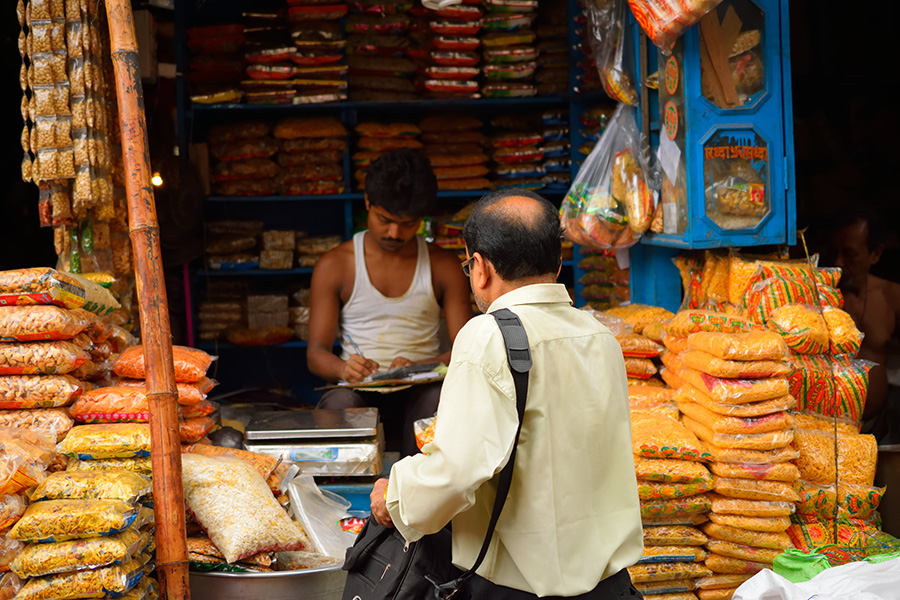 Image: Saurav022 (Shutterstock)
The Goods and Services Tax (GST) Council meeting on September 9, 2017, was a crucial one. Important decisions were taken at the meeting and a few suggestions that were put forth were considered. This came as a big relief and augurs well for the future of GST.

Let us take a look at the decisions made by the Council, and what they mean for us.

Extension of return filing dates
Returns for July 2017 can now be filed by October 10, 2017 (GSTR-1), October 31, 2017 (GSTR-2) and November 10, 2017 (GSTR-3) with different dates prescribed for other returns. To start with, it is a genuine breather unlike the 5-10 days’ extensions given earlier. This will help the Goods and Services Tax Network (GSTN) resolve some of the general technological glitches, which they are currently facing. It will also help them address specific technological issues faced by taxpayers. Taxpayers can also send an email to GSTN help desk or call 124 - 4688999 to sort out such issues. This will also provide the Application Service Providers (ASPs), who are developing software for GST compliance, to complete their work and help taxpayers in filing returns. Additionally, it would be a good idea to follow up with the respective ASPs and get an update on when the application would be ready with all facilities.

To transfer credits from the old tax regime to the GST regime, you'll need to fill Transition forms (TRAN) forms. While there is no discussion on TRAN-2 and TRAN-3 forms in the Council’s decisions, TRAN-1 forms was something the Council discussed and came to the conclusion that it can now be filed till October 31, 2017 instead of September 28 as stated earlier. They also approved of one revision to the TRAN-1. According to this, it can be used to make good any mistakes made in the past while filling up TRAN-1 forms in a hurry. Specific issues could be taken up with GSTN separately.

A similar facility for revision and extension could have also been given to other TRAN forms, which mainly affect the retail sector in the economy.

GSTR-3B to continue until December
Another important decision is continuing with GSTR-3B for six months until December 2017. This could help ensure proper accounting and tax collection for the government. Also, it would have been a great relief had return 3B been continued till December, without the need to file GSTR-1, GSTR-2 and GSTR-3. Let’s understand the reason for this argument.

The taxpayers are currently battling with the new law, new procedures and the new IT system - The government’s IT system as well as internal enterprise resource planning (ERP) changes. For them fighting on all three fronts is becoming a nightmare. There is confusion on simple issues such as revision of invoice if rate or Harmonised System of Nomenclature (HSN) is wrongly entered. Then there are a complex gamut of issues like employee reimbursements, classification of supplies in mixed and composite baskets. Currently, these decisions are being taken in a hurry and this could result in multiple notices or may see objections from the Comptroller and Auditor General (CAG) in the future, thereby making the life of a taxpayer and officer even more difficult. It takes us back to the issues created when in the year 1994, an invoice was introduced as a duty-paying document under central excise in place of a gate pass. Officers in the government were then saddled with hundreds of show cause notices for trivial issues, which kept them as well as the industry busy for years together.

Postponing GSTR-1, GSTR-2 and GSTR-3 returns by six months could have given a major breather to the industry. It could have allowed them the opportunity to get accustomed to the new law first and then go for compliance in the next phase. If we could live for 70 years without online matching, another six months would not have made a difference. This move, however, could have made a lot of difference for the taxpayers in having a smoother GST rollout. It would be interesting to see if the Council understands this pain of the industry.

Increase in tax rates for automobiles
Compensation cess for certain motor vehicles was increased perhaps to bring the GST rates in line with earlier rates. While this was a normal change in the tax rate, it throws up two questions, which the Council may have a look at.

When GST rates are revised within two months of launching GST, the industry has to revisit the complete cycle of re-fixing final consumer prices, communicating them through the supply chain, revise the consumer demand projections, amend the production schedules and realign the discount and marketing policies, and so on. These decisions also require the approval at the global or Asia-Pacific headquarters level. Making changes so often also gives an impression of uncertainty in doing business in India, which had always been a standard complaint of global businesses. Though the government in their first budget has promised to address this issue, the change in rates somehow seems to have gone in the other direction.

The Council or the Central Board of Excise and Customs (CBEC) could have probably looked at giving a week’s time for implementing such changes, thereby, making the notification effective from a date in the future. This would have helped bring in 'ease of doing business'. Since existing court judgements state that the notification is effective from the date it is given for publication in the official gazette, it is necessary to bring a vital change in the law to make it effective from a particular date after it is published on the specified government website. This will reduce the chaos that any tax rate change creates for the industry.

Reduction in rates of many goods and services
The Council recommended a reduction in rates of tax on 40 goods and a few services. Many of these are goods of mass consumption or village/handicrafts/small-scale sector related products (dhoop batti, saree fall, plastic raincoats, etc.). While constant changes in rates is not good idea, these changes were necessary as they would impact a huge part of the population. It shows that, for some time to come, every GST Council meeting could be similar to a mini budget announcing rate changes. It could be better for the industry and trade to bring all their issues to the Council with proper justification. While making such representations, industry bodies should consider and understand the loss of revenue to the government and its resulting impact on the consumers as two conflicting objectives, which governments have to achieve and balance. A representation, which considers both these aspects in an impartial manner, has a good chance to succeed than one with a mere demand for reduction in tax rate citing injury to the trade and industry.

Committees to review Information Technology (IT) and exports
Extension in the dates of returns is expected to hit exports as refunds could now be delayed. A committee of officers under the chairmanship of the revenue secretary will now be looking into the issues of exporters. Industry bodies should take up their issues with this committee in right earnest. Another committee of ministers could be set up to oversee the issues in IT implementation and representations, and suggestions can now be made to this committee.

To conclude, the second GST Council meeting, since the launch of GST, has been fruitful, in the sense that it gave a breather to the industry. It has given an opportunity to find a way through the chaos. GST is a major change for trade and industry and for the government as well. Bringing all 29 states together and to take a decision for a country such as ours, which is the size of a continent is not a small task. Governments (central and state) are doing their best to achieve this. However, it would really help if the government gives more time to the taxpayers to solve their teething issues of interpretation of law and understanding new procedures. This could bring much more satisfaction to the taxpayers, most of who are ready to comply but are baffled by the sudden onslaught of changes coming from all directions. If the Council could look into this, it would really bring relief to the taxpayers.By Dr. Waman Parkhi, Partner, Indirect Tax, KPMG in India

Tweets by @forbesindia
Alang: Looking at a healthier future
The long road ahead for electric vehicles