In June, Australian authorities granted the Adani Group access to coal from an untapped reserve, helping ensure that coal will remain woven into the economy and lives of people in Australia, India and Bangladesh, despite urgent warnings against coal burning by climate change scientists 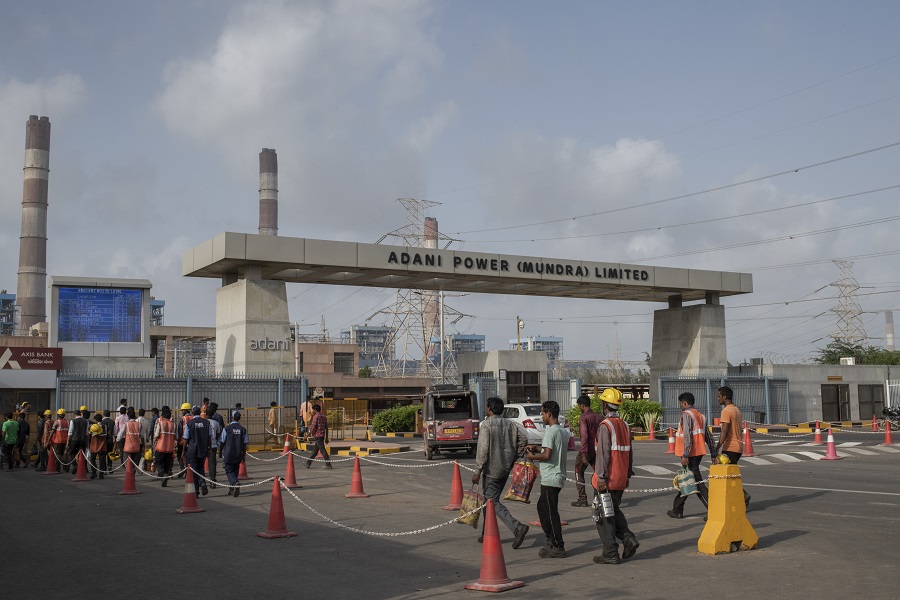 Workers arrive for the start of a shift at Adani's power station in Mundra, India, June 22, 2019. The story of the company's coal mining project in Australia, which would supply a new power plant in India, helps to explain why the world keeps burning coal despite the profound risk it poses to the future. (Rebecca Conway/The New York Times)

SYDNEY — The vast, untapped coal reserve in northeastern Australia had for years been the object of desire for Indian industrial giant Adani.
In June, when Australian authorities granted the company approval to extract coal from the reserve, they weren’t just rewarding its lobbying and politicking, they were also opening the door for Adani to realize its grand plan for a coal supply chain that stretches across three countries. Coal from the Australian operation, known as the Carmichael project, would be transported to India, where the company is building a new power plant for nearly $2 billion to produce electricity. That power would be sold next door in Bangladesh. Adani’s victory in Australia helped to ensure that coal will remain woven into the economy and lives of those three countries, which together have a quarter of the planet’s population, for years, if not decades. This, despite warnings by scientists that reducing coal burning is key to staving off the most disastrous effects of climate change. The story of Adani and its Australian project illustrates why the world keeps burning coal despite its profound danger — and despite falling prices for options like natural gas, wind and solar. Coal is in steep decline in wealthier countries, including the United States and across Western Europe, mostly because of competition from those alternative energy sources. But in Asia, demand for coal, the main source of energy, is growing. That’s because it is plentiful, the appetite is huge, and the alternatives are fewer. Government support is also key to coal’s survival. Subsidies for coal-fired power plants have nearly tripled in recent years in the Group of 20 countries, according to a study by the Overseas Development Institute and two other groups. In rich countries, that’s helped to keep coal on life support. In developing countries, it means coal continues to thrive. The $14 billion Adani Group — a sprawling conglomerate with interests in energy, agribusiness, real estate and defense, among other sectors — leveraged both business acumen and politics to realize its plan, securing generous support from the Indian government to build its latest coal-fired power plant. The company’s founder, Gautam Adani, says criticism of coal use is unfair. “India doesn’t have a choice,” he said in a recent interview at company headquarters in Ahmadabad, India. Citing the affordability and reliability of coal, he said it was indispensable to feeding the energy demands of big developing countries. “This is the last gasp of the fossil fuel industry, and they’re taking advantage of all the political capital they have to dig in,” said Rachel Cleetus, public policy director for the Union of Concerned Scientists. “Meanwhile, we are seeing climate impacts now.”