I am happy I knew when to drop the camera and save the kids: Pulitzer-winning Indian photojournalist

Danish Siddiqui, the first Indian photojournalist along with his colleague Adnan Abidi to win the Pulitzer Prize, takes Forbes India inside his award-winning coverage of the Rohingya crisis 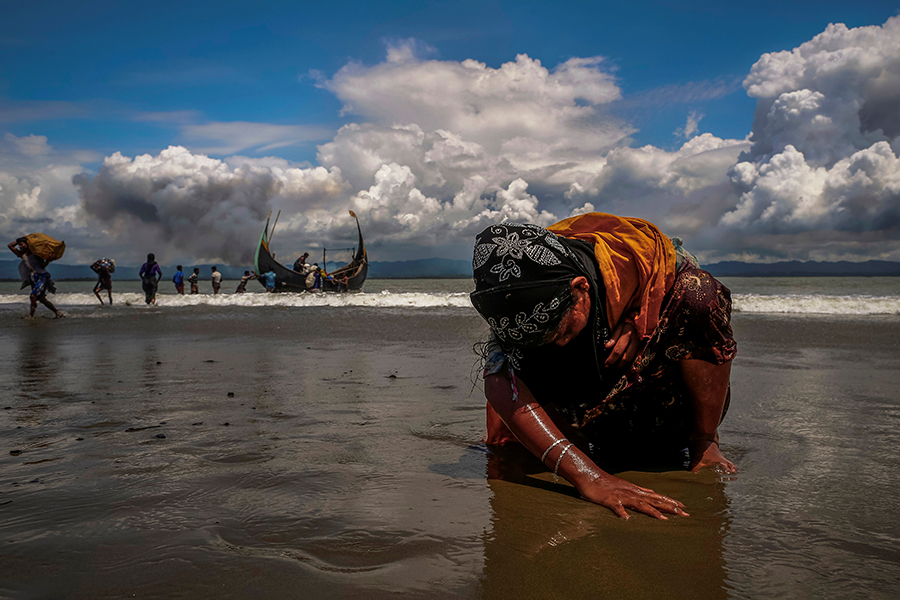 An exhausted Rohingya refugee woman touches the shore after crossing the Bangladesh-Myanmar border by boat through the Bay of Bengal, in Shah Porir Dwip, Bangladesh September 11, 2017. (Image: Reuters/Danish Siddiqui)

Reuters photojournalist Danish Siddiqui was holidaying at his parents’ place in Delhi in 2017 when he heard about a spike in the migration of the Rohingyas, ethnic Muslims from Myanmar. He immediately cut short his vacation, came back to Mumbai, his home since 2010, and took the first flight to Bangladesh “to be part of the story”. (Myanmar was out of bounds due to the crackdown on media.) The move paid rich dividends for the 34-year-old as the assignment fetched him one of the highest awards in journalism: Siddiqui, along with five of his colleagues, has won the Pulitzer Prize on Feature Photography for their coverage of the mass exodus of the Rohingyas to Bangladesh (View Photo Gallery). That also makes him and his colleague Adnan Abidi the first ever Indian photojournalists to win the prize awarded to the finest in American journalism. Edited excerpts from an interview:

Q. How did you get into photojournalism?
I was a TV journalist and spent a few years as a defence correspondent in one of the leading TV networks. But, I felt, that when I was taking pictures, I had much more freedom over my content than when I was reporting. Also, TV was only reporting big news, not small stories affecting the interiors of the country. That’s why I moved to photojournalism in 2010. I am not a trained photographer, but I left my well-paying job and joined Reuters as an intern. 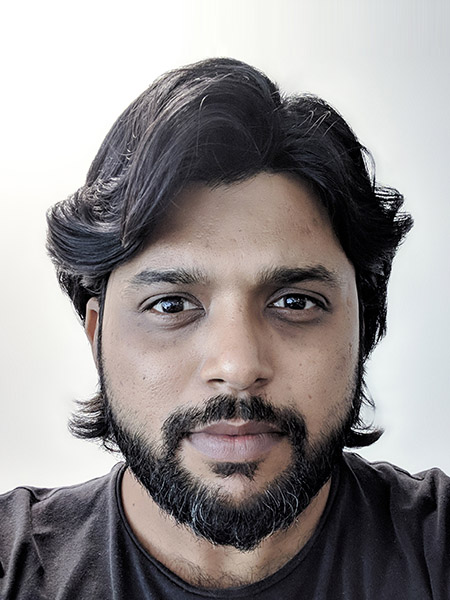 Reuters photojournalist Danish Siddiqui
Q. Tell us a bit about the award-winning assignment. How did you plan to go about the coverage?
As a photojournalist you want to show the story as it’s happening. But we didn’t have access to Myanmar, where all the action was. So Cox’s Bazar in Bangladesh, on the other side of the border, was my base and I was working in the villages and small towns around it. My motto was to show an entire story in one frame and, luckily, the two pictures I took in the award-winning series did just that. In one of the pictures, you can see a Rohingya village getting burnt in the background and, in the other, a Rohingya woman lying on the beach and others jumping off the boat with their belongings. The second, in fact, was my favourite because it’s a challenge to get the whole story in one picture. One person in a frame can be anywhere; it is important to show why they were there.

Q. Give us the story behind the photo. How exactly did you capture the frame?
Even though I was the first photojournalist to reach Sha Porir Dwip, the last island of Bangladesh, I, along with the others, was focusing on another side of the island because a lot of boat collapses were happening there. But then heavy patrolling started there and I thought of moving to the other side. It took a long time to reach. I had to take a car and then a boat. Travelling by boat was unpredictable as you had to depend on the timing of the tide. After that, you had to take a rickshaw and then walk at least one hour to reach the spot where that picture was taken. So a lot of journalists avoided getting there, but I got reports from my sources in the border guards that the refugees had started to trickle in there.

On that particular day, I waited on the beach for 3-4 hours. Luckily, it was a beautiful day and not raining, despite being in the middle of monsoon. And then I saw smoke from the Myanmar side, which meant there was firing on that side. Possibly the military was moving in on the Rohingyas and they would soon take off for Bangladesh. Sure enough, after a few hours, the boats started arriving. At that time, the sea was choppy and the vessels were rocking heavily. These people had never travelled in boats before and, of course, had been living without water and food for quite some time. You can imagine their condition when they landed on the beach. In the picture, you can see how the woman had completely collapsed out of exhaustion.

Q. What hurdles did you face while on the assignment of the Rohingya crisis?
First, I would have loved to go on the other side of the border, to Myanmar. Plus, it was a physically challenging assignment because, at times, we would have to walk barefoot for three to four hours in the rice fields because there is no other way to reach the border areas. Of course, it’s an emotional thing too. I am the father of a two-year-old and to see kids drowning is terrible. But, as a journalist, you’ve got to do your job. I’m happy I was able to do balance profession and emotion and know when to drop my camera to save kids left in water by fishermen. 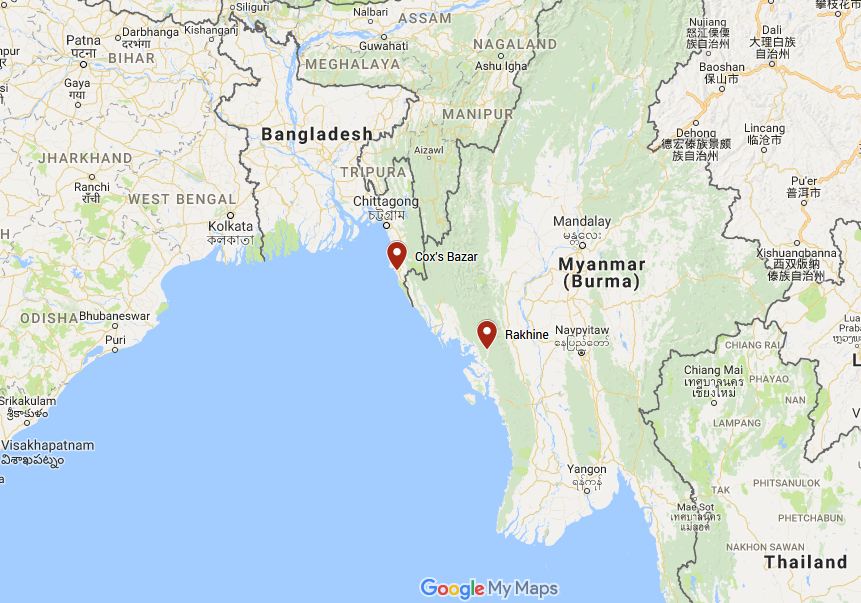 Source: Google Maps/ Map data (c) 2018 Google
Q. Did you build an emotional connect with your subjects?
I was able to speak to a lot of Rohingyas in the refugee camps, but most of them were way too traumatised to even have a conversation. They didn’t have any answers about what was happening or how it was happening, they would just nod. They were so shocked that they couldn’t believe they were still alive.

Q. You have covered wars in Afghanistan and Iraq. While one shouldn’t be comparing crises, how is covering those war-ravaged countries different from the Rohingya situation?
In Afghanistan and Iraq, you could see action, which is the war and its aftermath. Everything happened right in front of you. Here we didn't know what was happening on the spot, we had no knowledge about the action. What we saw was reaction; people traumatised, shaken and badly injured. It is a more difficult story to tell through a picture.

Tweets by @forbesindia
More bang for your digital spend: Technology and R&D
It's the golden age of travel in APAC: Hilton Hotels' Alan Watts