Negotiators have been working to strike a deal between the countries since 2018. However, both Trump and Modi want to protect jobs in their own countries by fending off foreign competitors—shared attributes that make it even more difficult to strike a comprehensive agreement that would roll back trade barriers more broadly

By Ana Swanson and Vindu Goel 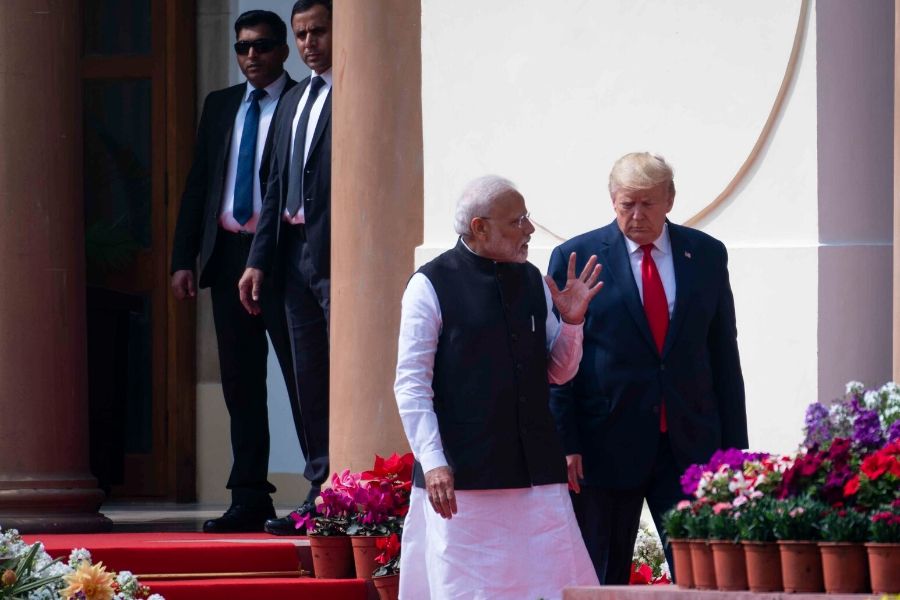 President Donald Trump and Indian Prime Minister Narendra Modi walk to a news conference at the Hyderabad House in New Delhi, India, Tuesday, Feb. 25, 2020. President Trump said Tuesday that he and Prime Minister Narendra Modi of India had made progress toward what he hopes will be a landmark trade agreement between the two economic giants
Image: Doug Mills/The New York Times