Forbes India was part of the select Amazon Prime Video gathering, in which the world's richest man divulged his plans for India, success secrets...and was made to audition for Zoya Akhtar's next! 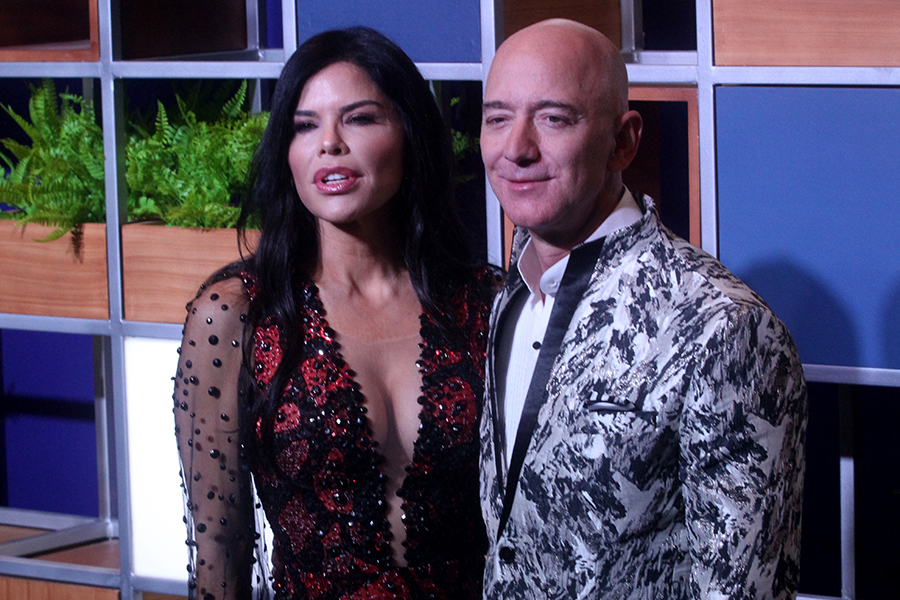 Amazon founder and chief executive Jeff Bezos was the guest of honour at an Amazon Prime Video event in Mumbai, hosted at the Grand Hyatt hotel in Santacruz. The star-studded event saw celebrities including Shah Rukh Khan, Zoya Akhtar, Vidya Balan, Kabir Khan, Vidhu Vinod Chopra, Riteish Deshmukh and Vivek Oberoi, and culminated in a performance by maestro AR Rahman. Bezos said that Amazon will double its investments in Prime Video originals for India. “Prime Video is doing well everywhere, but nowhere is it doing as well as it is in India,” he said. While the company announced new seasons of its web series including The Family Man, Breathe, Inside Edge, Four More Shots Please and Mirzapur, it also revealed seven new series: Dilli, Bandish Bandits, Paatal Lok, Gormint, Mumbai Diaries - 26/11, The Last Hour and Sons of Soil - Jaipur Pink Panthers. In a 30-minute fireside chat with Shah Rukh Khan and Zoya Akhtar, Bezos said he wants Amazon studios to be all over the world, and be known as the most talent-friendly ones. “We’re focused on getting the best storytellers and actors on the platform. This is one of those businesses in which the viewer is always looking for something fresh, so you can’t find a formula,” he added. “One of the hardest things humans do is tell riveting, inspiring stories.” When Khan asked him what his ambition was as a child, Bezos said he wanted to become an archaeologist. “Even when I started Amazon, my dream was always to own a forklift,” he grinned. How many does he own now? “I don’t even know! But if I were a young college student today, I would be very interested in biotech, in artificial intelligence and machine learning. I’m a very good bartender, so that could be my backup career,” he laughed. “I’d be very slow, but I’d pour great drinks.” Speaking of backups, Bezos said he never makes a Plan B. “I don’t have Plan Bs. They defocus you from Plan A. Plan B should be to make Plan A work,” he said.

Bezos said Khan was “one of the most humble” stars he had met, while Khan poured him a glass of water on stage. “That’s only because my last few films haven’t done well!” Khan responded cheekily, leaving the audience chuckling.

Khan also asked him when he last visited a brick-and-mortar store. “I enjoy buying groceries, so I do go out for that,” Bezos said. “But in fact, the last store I visited was a kirana shop in Mumbai, today, and that was incredible to me.” What advice does he have for young entrepreneurs? “This isn’t surprising, but they must be passionate about what they’re doing, and really think about their choices,” said Bezos. “You can get very fixed on your ‘gifts’, but that can confuse you. It’s not those your talents that construct your life, but your choices that do. Gifts are given to you. You can only be proud of the things you earn.” Akhtar also asked the world’s richest man what he would like to have more of. “The obvious thing is time,” he said. “I like to wander, fuel my curiosity. But wandering is very time consuming.” Bezos spoke about his aerospace venture Blue Origin, saying he wants to tackle climate change and the potential of space with it. “We could move all pollutant industries to space in the future, and preserve the one good planet we have,” he said. “We want the next generation of Mark Zuckerbergs to be able to start space companies from their dorm rooms.” The session ended with Bezos recounting how he got a cameo in Star Trek Beyond (2016) by ‘literally begging’. “I pursued it for years, and not without conditions,” he smiled. “I wanted a speaking role with a pivotal line, so I wouldn’t be cut out.” “Would you cast him in your next film?” Khan asked Akhtar. When she said she would, he got Bezos to ‘audition’ with the popular line from his film Don, with an adaptation: “Jeff ko pakadna mushkil hi nahi, namumkin hai.”
Show More
Thank you for your comment, we value your opinion and the time you took to write to us!

Tweets by @forbes_india
Heroes of Philanthropy: A look at Jack Ma's next chapter
Births in China fall to lowest level in nearly six decades