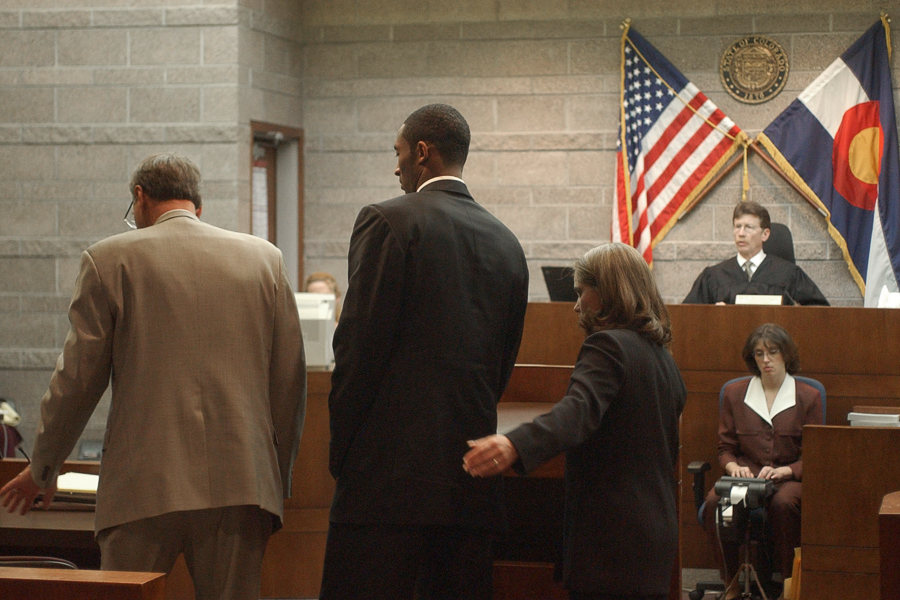 Even as Kobe Bryant moved beyond his career in the NBA and into his next chapter as a Hollywood and tech mogul, he could never fully leave the ugliest part of his past behind.

Bryant — among nine people, including his 13-year-old daughter, Gianna, who died Sunday in a helicopter crash outside Los Angeles — was charged with sexually assaulting a 19-year-old woman in 2003. But as in the vast majority of cases involving accusations of sexual violence, there was no clear resolution. There was no verdict.

Prosecutors dropped the case just before it was scheduled to go to trial, citing the accuser’s unwillingness to testify. A lawsuit the woman filed against Bryant ended in a settlement, the details of which have never been made public.

In the era before #MeToo — the societal reckoning with the frequent sexual harassment and abuse women endure at work and in their personal lives — Bryant resumed a career that had never really paused. Throughout the 2003-04 season, while the case was still being litigated, he flew back and forth between court appearances in Colorado and games, often arriving just minutes before tipoff.

The Lakers made the NBA Finals that season but lost their bid for a fourth straight championship. Bryant, however, would win two more NBA titles, plus two Olympic gold medals, before his retirement in 2016, and he continued his evolution into a global celebrity, an international ambassador for both his sport and Nike, his major sponsor.

Yet in 2018, just seven months after he won an Academy Award for best animated short film, Bryant was dropped from the jury of a film festival.

“This is an urgent time to say NO to toxic and violent behavior against women,” read a petition urging organizers of the Animation Is Film Festival to dissociate themselves from Bryant.

As he had in the past, Bryant declined to discuss the sexual assault case. He said he was “disappointed” with the decision of the festival organizers but was now focused on changing the world “through diverse stories, characters and leadership.”

For a moment, Bryant was back where he had been in 2003 — someone who, like Harvey Weinstein and Kevin Spacey, operated at the pinnacle of his profession but stood accused of a terrible crime.

Weinstein is currently being tried in a rape case in New York City, the rare celebrity who has had to face such criminal charges.

The case against Bryant began on June 30, 2003, when he checked into the Cordillera Lodge and Spa in Edwards, Colorado. He was there to have a knee operation at a clinic in nearby Vail.

After being led to his room by a concierge, Bryant asked her to return later and give him a private tour of the property. She did, and then Bryant invited her into his room. They both said later that they began kissing, but what happened in the next few minutes became the heart of the dispute. The woman told the police that Bryant had raped her. Bryant said they had consensual sex.

Prosecutors seemed to have a strong case. According to court documents, an examination of the woman at a hospital revealed a bruise on her neck and tears in her vaginal wall. Both her underwear and Bryant’s shirt were bloody. Bryant told the police he had not explicitly asked for consent.

While the issue of consent has long been at the heart of sex crime laws, how it is understood and taught has evolved — in part because of high-profile cases like the one against Bryant. “No means no” has given way to “yes means yes,” and the idea of explicit consent has become the standard, rather than an expectation that an objecting participant must say no.

After the case was dropped, Bryant issued a lengthy statement, apologizing to the woman and acknowledging her perspective of their encounter, which is farther than most public apologies go. “Although I truly believe this encounter between us was consensual,” he said in statement, “I recognize now that she did not and does not view this incident the same way I did.”

With the legal troubles behind him, Bryant created an alter ego, calling himself “Black Mamba” — after Africa’s deadliest snake, which figured in the 2003 movie “Kill Bill.”

“The whole process for me was trying to figure out how to cope with this,” Bryant told The Washington Post in 2018. “I wasn’t going to be passive and let this thing just swallow me up.”

Eventually there were Mamba shoes, a Mamba Sports Academy and the nickname “Mambacita” for Gianna, the second-born of the four daughters Bryant shared with his wife, Vanessa.

And in 2018, reflecting on the sponsors that cut ties with him after he was arrested, including McDonald’s and Coca-Cola, Bryant said they did so because he was too “gritty.”

Later in his life, Bryant became a big supporter of women’s athletics. He took his daughter Gianna to watch the Connecticut Huskies basketball team, recorded voice-overs for the NCAA women’s basketball tournament and talked constantly about the WNBA.

And at those 2018 Oscars? Hours after Frances McDormand, winner of the Best Actress award, gave a powerful speech about the need to include more women in the film business, she was hobnobbing with Bryant at a post-show party.