The S&P 500 closed down 1.6% on Monday; stocks with close ties to the Chinese market or the travel industry — or both — bore the brunt of the selling

By Matt Phillips and Katie Robertson 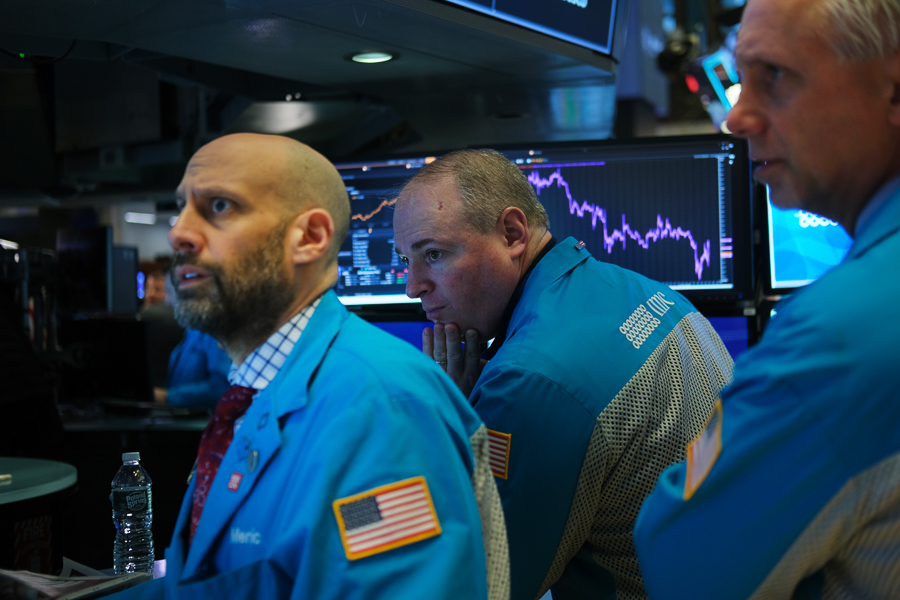 Just as the world economy appeared to emerge from the uncertainty of the trade war, the spread of the dangerous coronavirus in China has pierced the calm that had settled over financial markets.

The S&P 500 closed down 1.6% on Monday — its second straight drop, which wiped out much of the market’s gains since the start of the year, and its sharpest decline since Oct. 2, when the trade war was stoking fears of a domestic slowdown.

President Donald Trump announced the “Phase 1” trade agreement with China on Oct. 11, contributing to weeks of placid trading that pushed stocks to a series of records, making the coronavirus-driven slump all the more jarring.

“There was already reason to question whether markets were a bit too buoyant,” said Patrick Chovanec, chief strategist at the investment advisory firm Silvercrest Asset Management. “Sometimes it takes something like this to refocus their attention on potential downsides.”

Stocks with close ties to the Chinese market or the travel industry — or both — bore the brunt of the selling.

American Airlines fell more than 5%, and Wynn Resorts, which operates casinos in Macao, a special administrative region of China and a gambling haven for Chinese high rollers, tumbled 8%.

IPG Photonics, which makes lasers for cutting and welding and makes a significant share of its sales in China, fell more than 6%. Two chipmakers, Applied Materials and Skyworks Solutions, which sell heavily in the Chinese market, each fell more than 4%.

The S&P’s drop followed declines of more than 2% for the major stock bench marks in Europe. The benchmark Nikkei 225 index in Tokyo also sank 2%, while many other markets in Asia — including the Shanghai Stock Exchange — were closed for the Lunar New Year.

China extended the Lunar New Year holiday by three days until Feb. 2 in an effort to limit travel and contain the outbreak that started in the city of Wuhan.

Concerns about travel restrictions — the Chinese government has effectively sealed off Wuhan and other cities, affecting 56 million people — helped push down oil prices and shares of major oil companies.

Brent crude, the international bench mark, slipped below $60 a barrel, its lowest since October. Prices have declined about 10% since Jan. 17, when China confirmed multiple deaths from the virus. On Monday, the S&P 500 energy sector was down 2.8%.

The outbreak has come at a crucial period for Chinese business, which could complicate official plans to reinvigorate growth in the aftermath of the trade-war tensions of the last two years.

The country’s economy, trying to shrug off its worst slowdown in nearly three decades, is already hurting from the virus’ effects on travel and tourism. And consumer spending — which helps fuel the economy over the holiday period — could be dampened as more residents stay home.
The outbreak has China’s leaders under pressure, and some experts have expressed concerns that the government was too slow to respond and could even make the situation worse.

The sheer size of the Chinese economy, the second largest in the world after that of the United States, makes any upheaval there a serious factor in the pace of global economic growth. Creeping doubts among investors have already helped drive down bond yields in recent weeks. And on Monday, the yield on the 10-year Treasury note, considered a gauge of investor expectations for economic growth and inflation, sank to 1.60%, the lowest level of the year.

But as long as the spread of the virus remains contained, the economic implications should not be dire for the United States.

The U.S. economy is relatively insulated from trade, and the important consumer sector continues to show signs of strength. Unemployment remains near 50-year lows and economic growth, while relatively slow, is steady. Inflation and interest rates are low, with signs that those low rates are finally starting to filter through to the broader economy.

With rates on 30-year fixed mortgages below 4%, housing has recently picked up the pace. Sales of previously built homes are at their highest level since early 2018. Homebuilders are reporting strong demand for more affordable offerings.