Unilever Ventures-backed Milkbasket is reaping dividends for staying focused. But can this hyperlocal grocery startup crack the twin challenges of scale and rising competition? 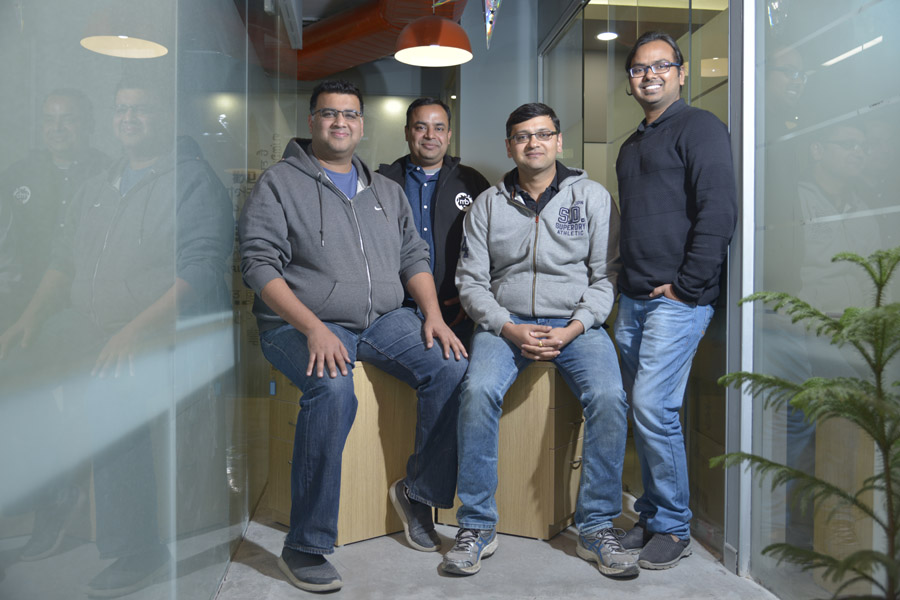 What makes this growth even more special for Goel, one of the four cofounders of the Gurugram-based hyperlocal grocery player Milkbasket, is the challenging time during which it began operations in March 2015.

Three years back, hyperlocal grocery and food delivery had started leaving corpses littered across the country. Two notable ones were LocalBanya and PepperTap. While on-demand grocery startup LocalBanya shut operations in 2015, PepperTap, which had reportedly raised over $51 million from marquee investors such as Sequoia Capital and SAIF Partners shuttered in April next year.

“Everything was crumbling around us. Big funded names were biting dust,” recalls Goel, who had a harrowing time selling his story to venture capitalists. “It looked as if we had made a mistake,” Goel added. He had already tasted failure in two of his earlier ventures. Understandably, the stakes were high for the gritty entrepreneur who has always been a big believer in "try fast, fail fast" theory.

Cut to 2018. Surviving early turbulence seems to have paid off.

In May this year, MilkBasket raised $7 million in a Series A round of funding led by Kalaari Capital, along with BeeNext and existing investors Unilever Ventures and Blume Ventures. Earlier this year in January, hyperlocal grocery startup raised $3 million in a round led by the investment arm of consumer packaged goods company Unilever. Overall, the Gurgaon-based company has raised $10 million so far. Milkbasket follows a hybrid business model of having an inventory and marketplace. While 20 percent of high-frequency items are held by the company, rest is sourced from supermarkets.

Quite like its fund raising, progress too has been steady for Milkbasket. Delivering to over 63,000 households in Gurugram, Milkbasket offers milk, perishables and grocery, and clocked sales of over Rs 30 crore this March-ended fiscal, It now boasts of 380 employees. “We cracked unit economics in the first six months of operation,” says Goel, who also happens to be chief executive officer of Milkbasket. “We have had our share of mistakes and learnings that were of immense help in our third venture,” he adds.

Learning from mistakes and pivots
Going through two failed ventures, before starting Milkbasket, is what helped Goel discover invaluable consumer insight and learning.

The first venture was in November 2012. Goel, along with his friends, started a home paint company. The idea was to provide an instant on-demand painting service. “I painted over 40 houses and farm houses in three months,” he chuckles. However, the bootstrapped company, he lets on, lasted for just three months as Goel ended up burning Rs 6 lakh.

The reason for failure was simple: The service model in painting doesn’t work. The only margin you can make in that business, Goel explains, is if one does the business in volume, which means buying chemicals from China and branding it and selling it. The first big learning was to realise the market fit for any product or service.

“We never wanted to get into the chemical business,” he says, adding that it pivoted to property management services. The new model was related to managing properties and giving them on rent. The business went on for a year and over Rs 25 lakh was pumped into it, but it failed. The next pivot was to build an online classified for hotels. It saw some initial traction. By December 2014, there were over 10,000 users. But this venture too, bombed again.

The second big lesson, avers Goel, was to always listen to consumer feedback. “We created a product that nobody wanted. Another Rs 1 crore was burnt,” he rues. After three months, Goel was again back, this time with a third business venture: Milkbasket.

“I don’t think expanding too quickly and trying to do many things at the same time could be reasons for failure,” he says. Two big reasons for failure, he lets on, is not having a product-market fit, and not growing in a sustainable manner. “Milkbasket is on the right track,” he asserts, adding that over 65 percent of revenue comes from selling non-milk products. Last fiscal, the company had a cash burn of Rs 10 crore and is not profitable. But that doesn’t bother Goel. “We are in a growth phase, and are not supposed to be profitable. Otherwise you don’t remain a startup,” he grins.

Big boys step up the heat
The biggest challenge for Milkbasket, reckon marketing experts, would be to keep resisting the temptation of expanding too fast and too quickly. “It’s an operationally intensive business with razor-thin scope for customer dissatisfaction,” avers Ashita Aggarwal, marketing professor at SP Jain Institute of Management and Research. Grocery businesses for smaller players work only if they stay focused, build strong pockets of operations and let word-of-mouth do the magic.

“It’s a Catch-22 situation for smaller players. While scale can be a boon in terms of topline, but it can turn into a bane if not managed properly,” she says, pointing out the latest example of how Grofers has reportedly moved out of fruit and vegetables segment.

Another challenge could come from biggies like Amazon, which recently entered into the grocery business, BigBasket and other well-funded players. In fact, Kishore Biyani-owned Future Group too has been reportedly testing a door-to-door delivery service model, wherein customers can order products from Nilgiris, Heritage and Easyday. Even delivering milk, eggs and breads is on the cards.

Goel, for his part, is not worried about competition, and is busy working on long-term vision: One million orders a day in five years. “It’s an absolutely gettable target,” he signs off.

Tweets by @forbesindia
A disclaimer can save a life
Hidden Gems: Big ambitions, bold ideas