Netflix is spending big, but can it crash the Oscars party?

The streaming giant will arrive at Sunday's Oscar ceremony leading the field, with 24 nominations; but it could end the evening with only two wins 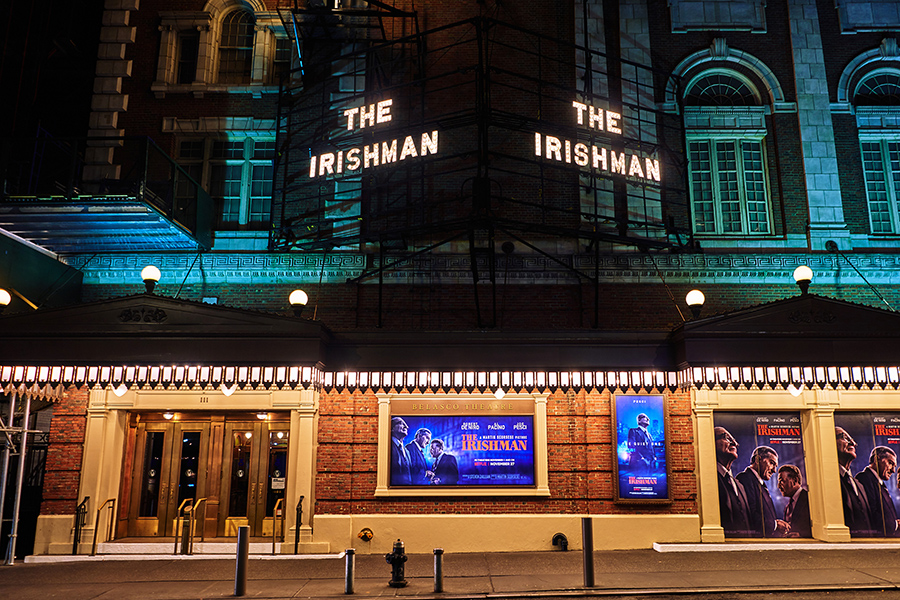 The Belasco Theatre on Broadway advertises Netflix's screening of “The Irishman,” in New York, on Oct. 21, 2019. The streaming giant has a leading 24 nominations, but forecasters don’t expect it to win many Academy Awards on Oscar night. Image: An Rong Xu/ The New York Times