The 28-year-old artist has developed a practice that deals with history and historical images that chronicle events of conflict and violence, and how it shapes the society's perception of them 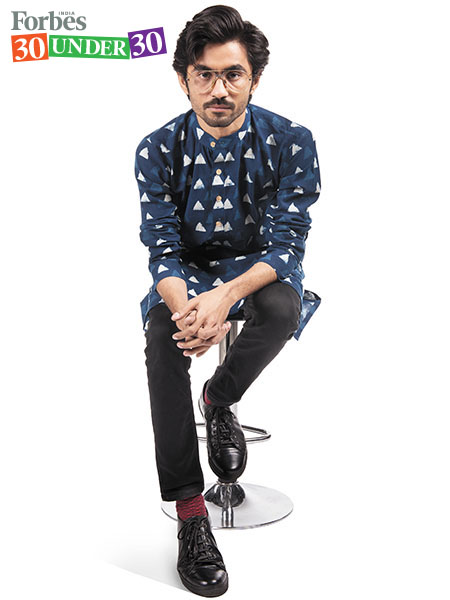 In January 2015, Sanket Jadia was pursuing his master’s in fine arts at Delhi’s Ambedkar University, when two gunmen forced their way into the Paris office of French satirical newspaper Charlie Hebdo and killed 12 people. “I had watched the video footage of the attack. I was also watching footage of Isis attacks at that time, and wondering about the aesthetics of these videos; of how they depict violence and influence our perception of them,” he says.

Jadia, a graduate from South Gujarat University in Surat who later completed his master’s, has developed a practice that “deals with history and historical images that chronicle events of conflict and violence”. He explores how their depiction through images influences perception of these images. “How do representations of critical junctions in history shape the way society looks back on them? Can the absence of imagery lead to the creation of a collective public memory?” he asks.

For instance, Jadia’s 2018 work Residual Gaze, completed during a residency programme by What About Art, deals with the myths and mysteries surrounding the 1992 Babri Masjid demolition. As part of a 2018-19 Fellowship by Karwaan-e-Mohabbat, he also explored the phenomenon of mob violence. “Although I had created a series of drawings based on my travels and interactions with affected people, I was not satisfied; they did not do justice to the events,” says Jadia, an Inlaks Fine Arts Awardee in 2017.

“I am impressed with Sanket’s confidence; it translates into his work and marks him out among his peers. A highlight is his work with terracotta. These enigmatic sculptural pieces, displayed alongside the tools used for their manufacture, are potent with meaning,” says Mortimer Chatterjee, co-founder of Chatterjee & Lal art gallery in Mumbai, and a juror of the Inlaks awards.

Tweets by @forbesindia
Inside the race to contain America's first Coronavirus case
Netflix is spending big, but can it crash the Oscars party?