In the January-May period of 2017, Patanjali was the third largest tv advertiser 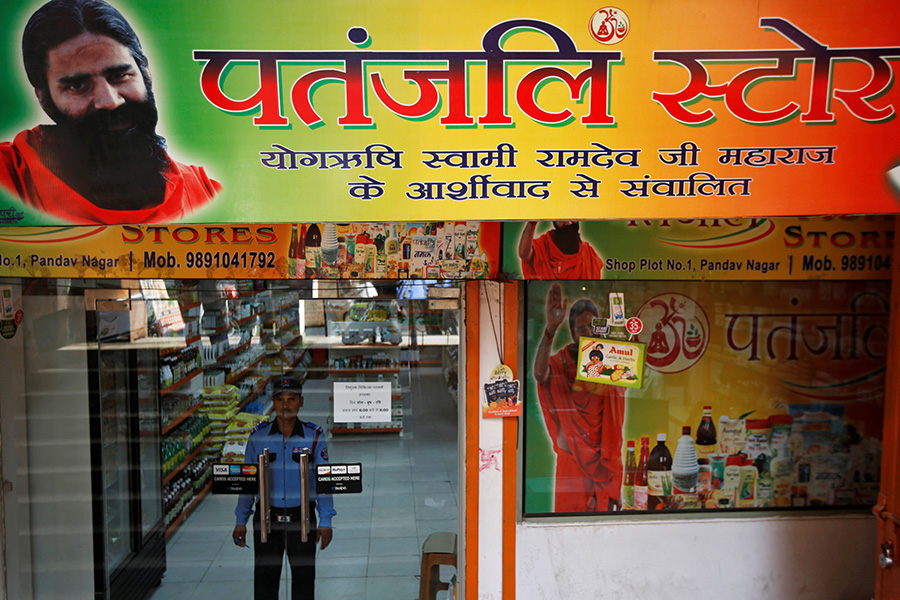 Patanjali Ayurved, an FMCG upstart that caught the imagination of Indians by disrupting the FMCG sector, seems to be running out of steam
Image: Adnan Abidi/ Reuters

FMCG giant Patanjali has slipped down in the top ten roster of the biggest television advertisers, according to latest industry data. Patanjali slipped to number 9 in the top 10 list in January-May 2018, down from number 3 in the same period last year, according to AdEx India, a division of TAM Media Research.

It’s MNC rivals have either maintained their tempo or pulled up their advertising socks –Hindustan Unilever, Cadburys India, Colgate Palmolive, P&G, have largely maintained their places on the list. In fact, ITC which was on number 10 last year in the top ten list, has climbed to the fourth spot in the top 10 list.

While HUL continues to maintain its hold at the top, Procter & Gamble--the makers of Pantene shampoo--has climbed one place to become the sixth biggest advertiser. Colgate Palmolive continues to be the fifth largest FMCG brand in terms of advertising.

Patanjali Ayurved, an FMCG upstart that caught the imagination of Indians by disrupting the FMCG sector, seems to be running out of steam. Though it did live up to its aggressive billing and intent by crossing Rs 10,000-crore revenue mark in financial year 2017, the topline has stagnated in the March-ended 2018 fiscal.

Advertising moolah spent by a company, reckon marketing experts, is a potent indicator of its aggressive intent to scale and maintain market leadership. Though it has no direct correlation with sales, when backed by a promising product, advertising can do wonders to the top line. 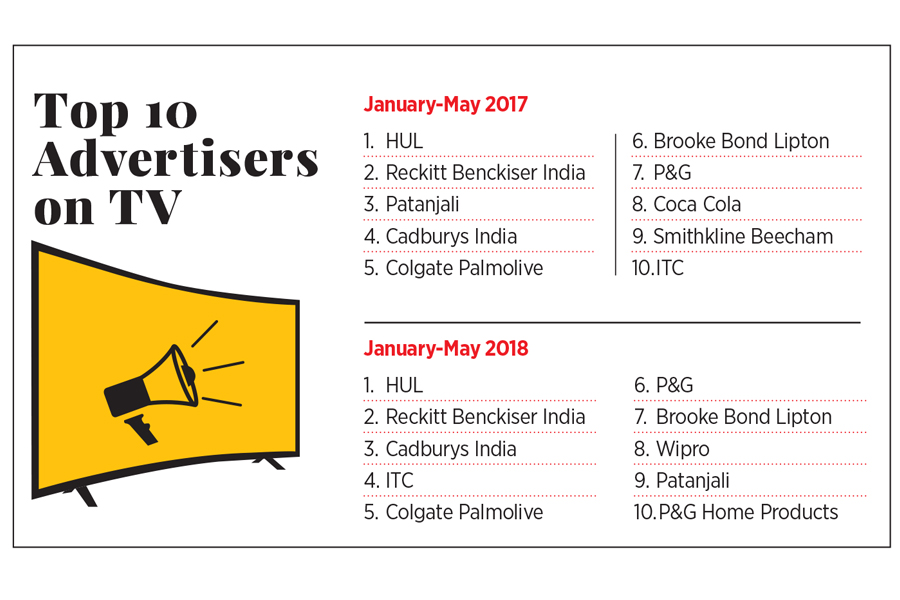 “Television never made Patanjali. It just amplified its reach and appeal,” says Ashita Aggarwal, marketing professor at SP Jain Institute of Management and Research. At a time when Patanjali’s rivals put the foot on the tv advertising pedal to reclaim their space, Patanjali should have maintained the tempo rather than take its foot off accelerator, she avers. The word of mouth, which helped Patanjali leapfrog into consumer consciousness, has its inherent limitations and has to be continuously nurtured by TV, she adds.
Advertising analysts contend that Patanjali’s slip also reflects the new reality in the FMCG world: Every brand, from homegrown Dabur to MNCs like HUL and Colgate, have hopped onto the Ayurveda bandwagon. With all the brands harping on Ayurveda, the brand positioning and space on TV has become overcrowded.

“Share of voice has gone down because share of market has gone down due to more players in the Ayurvedic space,” Jagdeep Kapoor, managing director at Samsika Marketing Consultants, said.

Patanjali also seems to be hit by the lack of widespread distribution. “While availability at modern trade and franchises is good, the distribution bandwidth at kirana and medical stores is weak, leading to flat sales,” he adds.

The marketing mantra, point out experts, during crisis years is simple: Stay visible on the front end and fix issues at the backend. Aggarwal of SP Jain Institute of Management and Research reiterates the golden words of Henry Ford: Stopping advertising to save money is like stopping your watch to save time. “It doesn’t work.”