SoftBank may not buy $3 Billion in WeWork shares 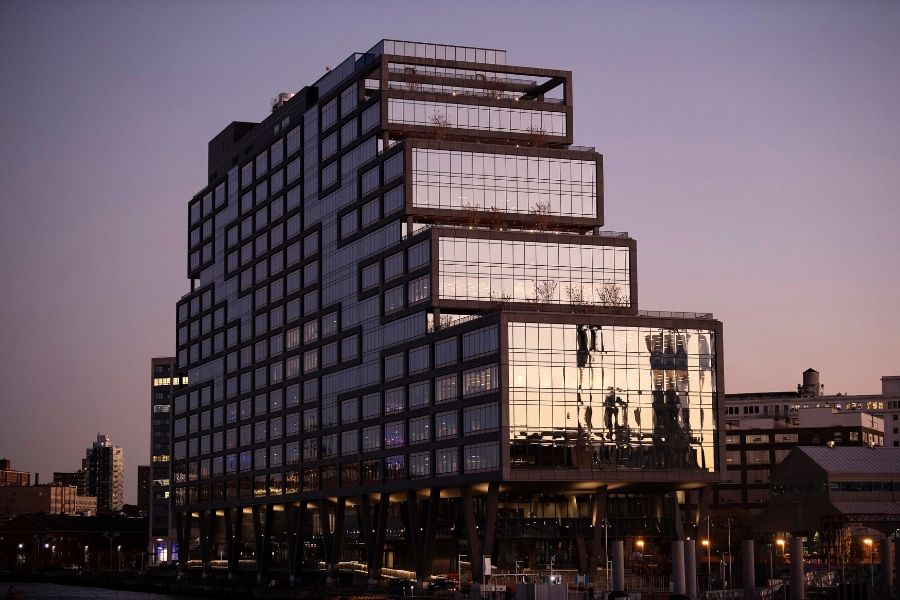 An office building, Dock 72, where WeWork has six floors in the Brooklyn Navy Yard in New York, Oct. 23, 2019. SoftBank, the Japanese conglomerate, is threatening to withdraw an offer to acquire a much larger stake in WeWork, according to a person familiar with the matter
Image: Karsten Moran/The New York Times

SoftBank, the Japanese conglomerate, is threatening to withdraw an offer to acquire a much larger stake in WeWork, according to a person familiar with the matter. The surprise move comes as the coronavirus outbreak diminishes demand for the troubled company’s shared office space.
SoftBank, the largest outside shareholder in WeWork, in October agreed to a multibillion-dollar bailout after the company nearly ran out of cash. As part of the transaction, SoftBank agreed to buy up to $3 billion in stock from existing WeWork shareholders, including nearly $1 billion from Adam Neumann, WeWork’s co-founder who stepped down as chief executive in September. SoftBank also invested $1.5 billion as part of its rescue package and agreed to lend up to $5 billion to WeWork, a commitment that it has not withdrawn. While SoftBank is still supporting WeWork, the possibility that it may own a smaller than expected share of the company could dent confidence in the business at a critical time. As more businesses ask employees to work from home and freelancers choose to avoid shared office spaces, WeWork could, over time, lose many of its paying customers. In a letter sent to WeWork shareholders Tuesday, SoftBank offered several reasons the deal might not go through by its scheduled April 1 closing date, according to the person familiar with the matter. Among the reasons SoftBank cited were investigations into WeWork by the Justice Department, the Securities and Exchange Commission and attorneys general in New York and California. The two sides have also failed to agree on the terms for consolidating a WeWork joint venture in China. A WeWork representative declined to comment. News of SoftBank’s threat was first reported by The Wall Street Journal. Neumann left WeWork as it was trying to salvage an initial public offering, which it later withdrew. Investors balked at his leadership and transactions WeWork did with him that created potential conflicts of interest. The terms of the rescue agreement were not made public. Going into the deal, Neumann had a strong hand because he was the largest individual shareholder in the company, and his shares entitled him to more than one vote each on corporate decisions. The person familiar with the letter said Neumann transferred his votes to WeWork’s board in return for a $185 million payment that was agreed to last year. Still, as recently as December a SoftBank executive said it was important for the conglomerate to amass a bigger stake in WeWork. “In order for us to have the economic interest that we want, we have to buy shares,” Marcelo Claure, WeWork’s executive chairman and a senior SoftBank executive, told The New York Times in December. SoftBank may have toughened its position as a negotiating tactic to force Neumann and other shareholders to sell their stock for a lower price. WeWork’s business was already facing great uncertainty. The company was set to almost double its locations this year, many of which may not be profitable for months or years. WeWork could try to renegotiate leases with landlords, but property owners might not be willing to cut the company a better deal because they are hurting financially themselves and don’t expect an upturn in demand for real estate for the foreseeable future as many white-collar workers are confined to their homes.

Tweets by @forbes_india
Decades of excellence with Sanjay Khullar and seasons catering
Podcast: Richard Davies talks about how economies handle survival, failure and the future