SoftBank to invest $627 million in Snapdeal 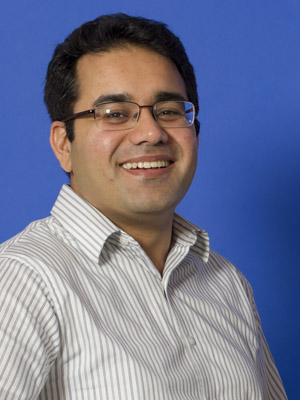 In one of the largest investments by a single investor in the Indian e-commerce space, Japanese telecom and media group SoftBank Corp has agreed to invest $627 million in online retailer Snapdeal in lieu of an undisclosed stake.

The Japanese firm seems to be extremely bullish on India and earlier today it also announced an investment of $210 million in Ola (earlier known as Olacabs), India’s Uber-style cab service.

With its $627 million invested in New Delhi-based Snapdeal, SoftBank has become the largest single shareholder in the company and reflects the Japanese firm’s confidence in the world's third-biggest Internet user base. SoftBank is also one of the early investors in China’s e-commerce giant Alibaba Group.

“We believe India is at a turning point in its development and have confidence that India will grow strongly over the next decade. As part of this belief, we intend to deploy significant capital in India over the next few years to support development of the market.” said Masayoshi Son, Chairman and chief executive of SoftBank Corp.

The top three contenders in the e-commerce space in India are: Snapdeal, Amazon and Flipkart, says Deepak Srinath, a former investment banker, adding that having deep pockets is the most important requirement for these cash burning business.

“The three have clearly charted out their strategies. Snapdeal is more long tail; its categories are much broader and is a true market place in that sense. Amazon and Flipkart are more similar to each other," says Srinath.  According to Snapdeal it offers over 5 million products across 500-plus categories on its platform with over 25 million registered users and sources products from 50,000-plus merchants.

The fund raised from Snapdeal comes a few months after its rival Flipkart raised $1 billion in July. In the same month, Amazon Inc said it will infuse $2 billion capital in Amazon India. The latest round of funding values Snapdeal at close to $1.2 billion.

“No one knows the (financial) landscape for these two firms now. Currently, the race is on acquiring customers and raise funds. Overseas listing is a possibility,” says Srinath, adding that if an IPO doesn’t happen, strategic alliances seem very difficult on the back of the valuations these firms have.

For the year 2013-14, Snapdeal.com posted a loss of Rs 264.6 crore and revenues of Rs 168.1 crore, according to documents with the Registrar of Companies.

Kunal Bahl, Co-founder and CEO of Snapdeal said, “Our entire team at Snapdeal is thrilled and honoured to have SoftBank as a strategic partner. With the support of Son and Nikesh Arora, we are confident we will further strengthen our promise to consumers and create life changing experiences for 1 million small businesses in India.”Nikesh Arora, vice chairman at Softbank Corp., will be joining the board of Snapdeal as part of this strategic investment by the SoftBank Group.