At Ambit, we spend a lot of time reading articles that cover a wide gamut of topics, ranging from zeitgeist to futuristic, and encapsulate them in our weekly 'Ten Interesting Things' product. Some of the most fascinating topics covered this week are Business (Motivating effects of learning other's salary), Economics (Collision of 3 geographies is creating a new world order), Politics (Effects of voting machine errors on American democracy), Architecture (Irresistible urge to build cities from scratch), and Society (How Satyagraha still drives change globally), among others. 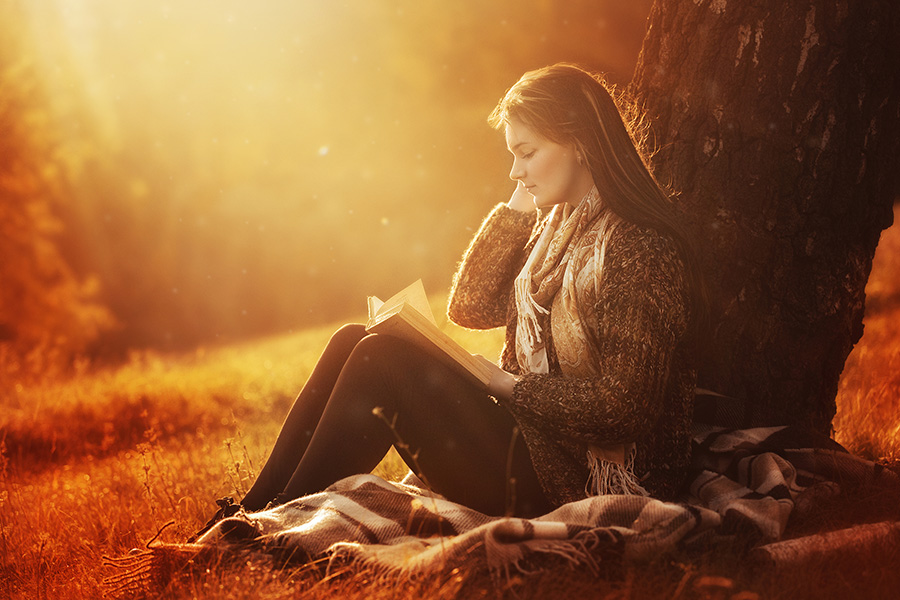 Image: Shutterstock
At Ambit, we spend a lot of time reading articles that cover a wide gamut of topics, ranging from zeitgeist to futuristic, and encapsulate them in our weekly ‘Ten Interesting Things’ product. Some of the most fascinating topics covered this week are Business (Motivating effects of learning other’s salary), Economics (Collision of 3 geographies is creating a new world order), Politics (Effects of voting machine errors on American democracy), Architecture (Irresistible urge to build cities from scratch), and Society (How Satyagraha still drives change globally), among others.

6) How voting-machine errors reflect a wider crisis for American democracy [Source: The New Yorker] It’s being said that voting machines in Texas were flipping ballots cast for Beto O’Rourke over to Ted Cruz, and machines in Georgia were changing votes for the Democratic gubernatorial candidate Stacey Abrams to those for her Republican opponent, Brian Kemp. It would not have been unreasonable to suppose that those machines had been hacked. Also, the irony here is that these particular vote-flipping machines were deployed across the country in response to the monumental failure of punch-card voting machines during the 2000 Presidential election, when so-called hanging chads very likely resulted in the wrong man winning.
The voting machines purchased back in the early two-thousands were never meant to last this long. They have a shelf life of ten, maybe fifteen years. Many are no longer made, or the companies that manufactured them have gone out of business, or both. To get spare parts, election officials have had to scour eBay and Craigslist, looking for old machines that other municipalities have discarded.
The United States has a long history of denying the vote to whole groups of people — especially women, people of color, and the poor. Poll taxes, literacy exams, and property deeds have been replaced by voter-I.D. laws, polling-place closures, and state-sanctioned efforts to curtail voter registration. Most recently, this has been a Republican strategy to grab and hold on to power, one best explained by the conservative operative Paul Weyrich when he was plotting Ronald Reagan’s path to victory, in 1980: “I don’t want everybody to vote... our leverage in the elections quite candidly goes up as the voting populace goes down.”
What we’re seeing now, as that strategy comes to fruition, and entrenched social and economic inequalities undermine the ability of whole swaths of citizens to cast a ballot, is a concerted effort to make sure that our election system does not work for everyone. Voting machines that flip votes don’t need to be hacked by a malicious foreign actor to undermine public confidence in the integrity of our democracy. That’s being done for Americans, by Americans.

7) WhatsApp and misinformation are a threat to fragile democracies [Source: Bloomberg]Facebook Inc.-owned WhatsApp, in particular, has become the main vehicle for the internecine spats that happen elsewhere on Twitter or Facebook. This piece talks about how social media and more importantly, fake news, is playing an important role in Brazil’s politics. Brazil has more internet users than any country in Latin America and a long tradition of early social media adoption. As of July, WhatsApp had 120 million active users in Brazil, only 7 million shy of Facebook’s tally.
In the October presidential election, Jair Bolsonaro, the far-right head of the Social Liberal Party and a former Army captain, won the October 28 runoff with 55.1% of the total, besting leftist Workers’ Party candidate Fernando Haddad, a substitute candidate for the Workers’ Party, whose former leader, Luiz Inácio “Lula” da Silva, is in jail on corruption charges. It’s impossible to quantify how much of a lift Bolsonaro got from fake news, and his supporters say such claims are overstated. However big the bump, the spread of misinformation on social media could pose a long-term threat to democratic norms and institutions.
Politics in Latin America’s biggest economy have always been fragmented—no fewer than 13 parties contested the presidency—but it’s difficult to recall a time when they’ve been this polarized. In the run-up to the election, WhatsApp’s privacy features turned it into an impenetrable candyland of misinformation. When the 24 Brazilian newsrooms participating in Comprova—a project of the Shorenstein Center on Media, Politics and Public Policy, funded by Google and Facebook—asked users to flag WhatsApp messages that appeared to be fake news, they received more than 60,000 submissions in two months.
A lot could change in Brazil by 2022, though. Bolsonaro’s antidemocratic rhetoric augurs ill—not long after winning the runoff, he attacked Folha de São Paulo, saying, “This newspaper is over.” With him in power, McCann predicts, the country “will become more partisan and atomized.”

8) The irresistible urge to build cities from scratch [Source: Bloomberg] With growing population, everyone’s looking to create new cities with better facilities. Urban planners are coming up with innovative ideas to better the architecture. When the Persians destroyed Hippodamus’ hometown of Miletus, he discovered a bright side to catastrophe: The attackers had erased all the regrettable improvisations that, over the centuries, had made a mess of the place. Tasked with rebuilding, he seized his chance to impose order upon chaos. And so the concept of the urban grid was born.
To design the city of tomorrow, you probably should have some inkling of what tomorrow will look like. In the 18th century, when Pierre Charles L’Enfant designed all those statue-bearing circles with streets spoking out in Washington, he wasn’t thinking about the automobile, much less rush-hour traffic jams. And look at Brasília. They dubbed it the “City of the Future” in 1960, but all that brutalist architecture makes it look dated today.
In Lagos, Nigeria—the most populous city in Africa—developers have dredged the Atlantic Ocean to create an island called Eko Atlantic, which they envision as a Manhattan-style financial hub for the continent. Forest City, a $100 billion luxury development with room for 700,000 people, has sprouted in Malaysia. Ghana has Hope City (future home of the tallest building in Africa), and Rwanda is promoting Vision City (free Wi-Fi and solar-powered streetlights are sketched into the plans).

9)    How Cryptocurrency can help communities where cash is scarce [Source: Bloomberg]
In Kenya, in a rural village called Gatina, the use of an alternative currency (Gatina-pesa) came into existence and now it’s going crypto, shifting from multicolored paper notes to a digital token based on blockchain, the recordkeeping technology that makes Bitcoin possible. Despite the dominance of national currencies controlled by central banks, most of the people also use alternative currencies without even realizing it. Think frequent-flier miles. One of the longest-running examples is WIR Francs, which hotels, retailers, and other companies in Switzerland have used for business-to-business transactions since the 1930s, helping insulate them from currency shortages and volatility.

Today, Gatina, Bangladesh, and four other communities have their own pesa, or sarafu (the words for money and currency, respectively, in Swahili), and more than 1,200 businesses and schools use them. So, what’s the idea behind it? In communities where cash incomes are low and often sporadic, the vouchers are used as credits to keep the local commerce in basic goods and services flowing.

Kenya has proven fertile ground for successful new-money technology, leapfrogging more developed economies with the mobile money system M-Pesa. Anyone with a phone can use M-Pesa to pay for almost anything in Kenya, solving one of the major barriers to productive participation in the formal financial system: that millions of adults in Kenya don’t have a bank account. Last year, about three-quarters of them had a mobile money account.

The new digital version of Kenyan community currencies brings an M-Pesa-like convenience to the complexities of blockchain. From a technical perspective, the most important hurdle is making a blockchain system that’s workable for small, daily transactions, such as the sale of tomatoes in a market in Gatina.

10) How Satyagraha still drives change globally [Source: Livemint] Mahatma Gandhi and his ideologies have been known and practiced globally. Under the leadership of Mohandas Karamchand Gandhi, Satyagraha turned into a global instrument of non-violent dissent against authoritarianism and a pragmatic tool of the powerless against the powerful. Thus, Gandhi had an ability to invoke Satyagraha globally as a transformative and emancipative methodology. Among the followers of Gandhi in the 20th century who successfully launched their own Satyagraha against racial, religious and economic injustice and struggled for human rights, one could mention names like Khan Abdul Ghaffar Khan, Martin Luther King, Jr., Nelson Mandela, Lech Walesa, Vaclav Havel, Benigno Aquino, Jr. and many others.
Not only revolutionary leaders like Khan Abdul Gaffar Khan, Dr. Martin Luther King Jr., and Nelson Mandela, but also people living in the current era are widely known for using Gandhi’s legacy of non-violence. The non-violent democratic awakenings in West Asia from 2009 to 2012 demonstrated that Gandhian non-violence could help to provide the disobedient space that is needed. For those young Egyptians, Tunisians and Iranians, freedom meant putting an end to the unjust accumulation of power and to demand their governments to be based on public accountability and popular sovereignty. Both in Iran and Egypt, non-violent resisters primarily targeted direct and visible institutions personified by their political leaders—Mahmoud Ahmadinejad and Hosni Mubarak—while criticizing the authoritarian nature of power in these two regimes.
Also, in many countries, organized civic pressure and a principled commitment not to resort to violence has been used to fight colonialism and foreign occupation, advance women’s and minority rights, and improve transparency and good governance. And with the world witnessing non-violent campaigns in Serbia, Ukraine, Georgia, Myanmar, Iran, Egypt and Tunisia in the past 30 years, Gandhi’s legacy of non-violence is bound to stay till the end of humanity.