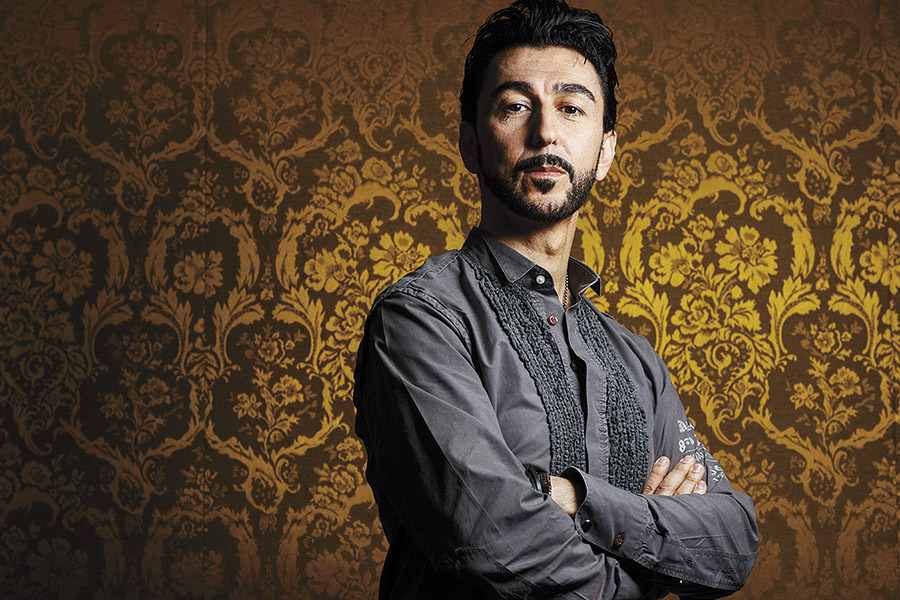 
What would you say to sitting in a capsule hurtling through a tube in near vacuum at 760 miles (1,216 km) per hour? If Bibop G Gresta has his way, many a traveller between Mumbai and Pune will be able to do so in a few years.

Gresta (45) is chairman and co-founder at Hyperloop Transportation Technologies in Los Angeles, California, attempting to build such a rail system. He argues that India is a country that can do with a high-tech transportation system like the hyperloop and let it scale up rapidly.

Simply put, the hyperloop will comprise levitating pods whizzing through specially built tubes raised on pylons. Magnets are used to get the pods to levitate and powerful pumps are used to suck out most of the air inside the tubes, allowing the pods to move under conditions of very low friction.

“India has amazing potential as a country that really needs infrastructure, has a very high [population] density and has the right combination of willingness for change and the possibility to do it,” Gresta tells Forbes India in a recent interview on the sidelines of a tech policy conference organised by Carnegie Endowment for International Peace.

Gresta met Prime Minister Narendra Modi during the latter’s visit to Silicon Valley in late 2015, and later Nitin Gadkari, the minister for road transport and highways. “Our proposal is lying on his [Gadkari’s] table,” says Gresta.

Elon Musk, the founder of SpaceX and Tesla, detailed the idea of the hyperloop in a now famous white paper in 2013. Hyperloop Transportation Technologies itself caught the imagination of both experts in various fields of science and engineering and the public because of the way in which founder CEO Dirk Ahlborn started out the effort—crowdsourcing. Ahlborn asked people to donate time and effort in return for stock, and enough people took up the offer.

Gresta, who sold his social media startup Alice (Pronounced Ali-CHEY in Italian) to his country’s biggest telco, Telecom Italia, for a tidy bundle at the age of 28, has continued to be an entrepreneur. He teamed up with Ahlborn after initially being sceptical about the crowdsourcing model, but later finding that it had a lot of traction, he says.

Today, the startup is poised to raise its second $100 million in a series B round and may build its first hyperloop rail system in Abu Dhabi. Hyperloop Transporation and Abu Dhabi have agreed to conduct a feasibility study, which could lead to the ultra-high-speed rail system being laid from the UAE capital to the city of Al Ain—a distance comparable to that between Mumbai and Pune.

That doesn’t mean that the biggest challenges associated with the hyperloop have been solved—they range from engineering to land rights—raising questions on whether the initial cost estimates will really hold. On the engineering front, scientists have pointed out that reducing the amount of air inside the tubes to a level where its pressure is about 0.1 percent of what it is outside—as proposed in Musk’s paper, and also 30 years ago by the Rand Corporation—itself could be a costly affair. Even at those levels, the amount of air still present is enough to build up into something like a stopper in front of the train at the high speeds being considered.

Musk’s conceptual solutions are quite clever, scientists say, such as sucking up the air in the front, and using part of it to help cushion the pod and pushing the air out of the back. The tubes need to be absolutely leak-proof, and there’s the issue of turning at high speeds, which experts agree the hyperloop isn’t amenable to.

For now, a test track isn’t ready, nor a full-scale prototype that can actually be tested in real-world conditions. Therefore 760 mph remains only a theoretical top speed. It’s a long way from having even a sound concept on paper and actually manufacturing a commercially viable model based on that concept.

Still, Hyperloop Transportation isn’t the only one going for it. The venture has competition as well, from another similarly named company Hyperloop One, which is a more conventional startup, and which too has an agreement to study the feasibility of building its version of the high-speed system between Dubai and Abu Dhabi.

Hyperloop Transportation would love to get a letter of intent from India and has explained its plans to Indian officials.

To explain the scale, Gresta says, “with one tube, you can substitute the entire flight system between Los Angeles and San Francisco four times”. The pylons that will hold up the tubes will hold up to six tubes plus a safety tube, he says. Hyperloop estimates it will cost $40 million per km to build the system and eventually cost between $20 and $60 per ticket for a passenger to make the journey.

With a clutch of technologies built into it, the system could actually be producing more energy than it uses, creating the ability to resell electricity, Gresta says. The technologies include Halbach Arrays of room-temperature magnets—named after their inventor, physicist Klaus Halbach in California—versus the expensive superconductivity-based electromagnets used in existing maglev trains in Japan, China and Germany—regenerative braking, solar panels and so on.

Hyperloop Transporation has licensed a magnetic levitation technology called ‘passive levitation’ from the Lawrence Livermore National Laboratory in California. The result will be powerful magnets stuck to the underbelly of the pods interacting with insulated coils of wire along the length of the tube track to get the pods to levitate. Halbach’s work showed that the magnets, when placed in specific positions together, produced powerful fields below but cancelled out above.

The net result of all these innovations could be that the rail system won’t depend on state subsidies, Gresta says. The cost per passenger could become cheap enough that “in some time slots you can give it for free by monetising other time slots with advertising”. Innovative options in the future could include tickets with an Amazon Prime subscription, for instance, he says. This means there could be business models that would make it possible for even the low-income households to use the system.

Gresta believes in bringing together fine minds and letting the collective do its magic. In this, he has lessons for the entrepreneurs in India’s nascent startup ecosystem as well: “In the beginning, don’t focus on money. Focus on your idea and put the best talent together.”