Moody's has assigned a CAA1 rating to the realty firm's proposed dollar senior secured bonds; here are five questions about this development, answered 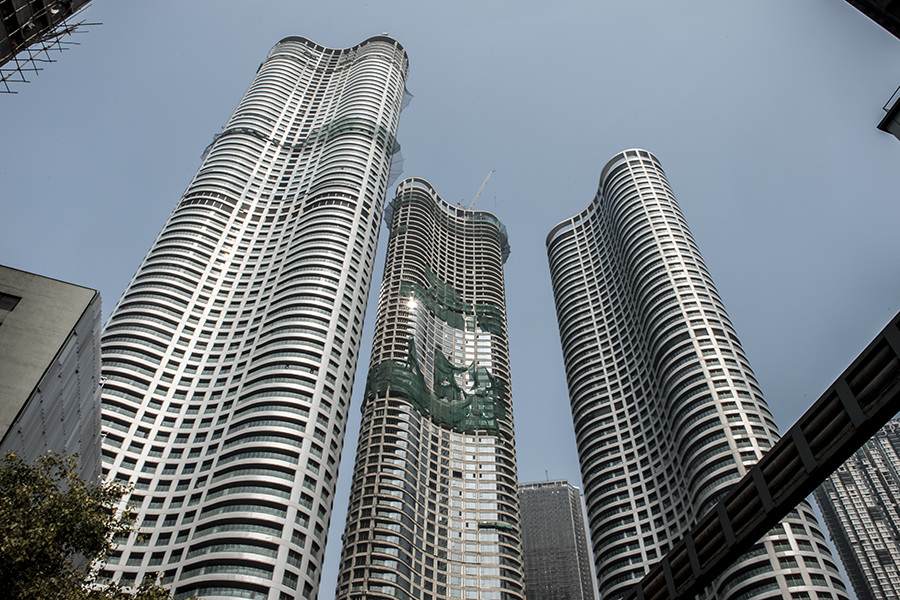 In a new turn of events, on Thursday morning, investor rating agency Moody’s assigned a Caa1 rating to the proposed dollar senior secured bonds to be issued by Lodha Developers International Ltd, a wholly owned subsidiary of Macrotech Developers Ltd (MDL), which is already rated Caa1 negative by the firm. A Caa1 rating by Moody’s are judged to be of poor standing and are subject to very high credit risk.

What is MDL up to?
Simply put, Lodha needs to repay the principal and interest associated with the maturing of $324 million senior unsecured bond by 13 March 2020. To repay this loan, they are planning to raise capital through a senior secured bond of $225 million; and the rest through cash flows from their UK and Indian businesses. So what’s this escrow account?
According to Moody’s report, “in order to proceed with the bond transaction, as a condition precedent, the company must raise $118 million, which will be deposited in an escrow amount.” The infographic below explains the break-up of the $118 million it needs to have in the escrow before launching the fund raise. 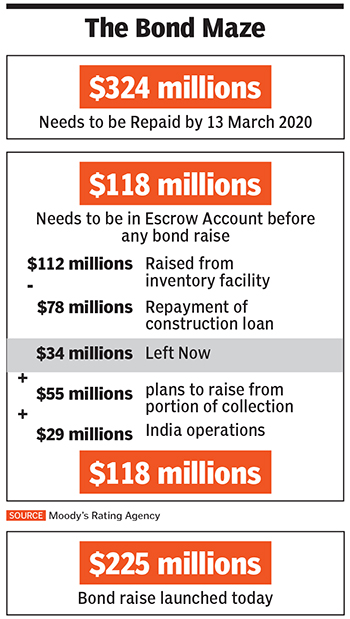 In an emailed statement, Abhishek Lodha, managing director and chief executive officer at Macrotech Developers Ltd said,  “Earlier this week, we raised GBP 86 million (INR 800 crores) in the UK. With these proceeds and additional cash flows from our UK and India businesses, we look forward to fully repaying our 2020 USD bonds in March 2020.” This GBP 86 million ($112 million) amount is a portion of the amount required to be part of the $118 million that needs to be in escrow. Of the $118 million, $29 million (Rs 208 crore) will be paid via transfer of funds from its India operations. Moreover, at the end of March 31, 2019, the consolidated net debt of Macrotech Developers stood at ₹24,983 crore; it had posted negative net cash flows as it ploughed back ₹1,729 crore for its overseas project. So what’s happening with the new bond raise?
According to three people directly familiar with the matter, JP Morgan, CLSA and UBS has officially launched the transaction today in Singapore, where bankers are meeting with investors. JP Morgan is the lead merchant banker for the bond issuance. “They have announced the transaction today and talks are on with investors but the money will be raised next week,” said the first person mentioned above. As it is a secured bond, the Lodhas will have to provide guarantee on the same. “The guarantees include assets from India and the second charge on the residual cashflows from [London property] Grosvenor House,” the person added.    The second person aware of the development said, “Some of the investors they are talking to include Fidelity and Lombard Insurance, and JP Morgan is also looking to invest a portion in it.” The person added that the coupon rate will be in double digits and declined to offer a number. The coupon rate for the current bond, which is up for repayment, is at 12 percent. A company spokesperson, who did not wish to be named, said, “We have an outstanding bond of $325 million. It is proposed to pay $100 million from Lincoln Square project sale and refinancing and the balance from the fresh bond. We go through a book building process and decide on the coupon for the bond in the due course.” What’s different in this bond raise?
Until now, the Lodhas had an unsecured bond, which means they did not have to provide a specific collateral against the money that was raised. But the new bond issuance is a senior secured one, which means they have to now provide security against the $225 million raise. Though internal details are not available right now, the two key indicators will be: - What is the guarantee that Lodhas are providing to raise this capital? - Are they raising their new bond at a higher interest cost than before? If yes, that means, investors are demanding more for their pennies. Are there more repayments?
According to the Moody’s note, Macrotech Developers has a repayment of $672 million for construction loan outstanding at Grosvenor Square in March 2021. Apparently, the company plans to repay $342 million out of collections from existing sales made at the property and a new credit facility, which will be secured against the unsold apartments at the project. This means that it needs to further raise $330 million for this repayment. In addition, the company has about $323 million of debt maturing in its India operations. To be fair, Lodha, in an interview to Forbes India that was published in January, had said that the company intends to be net debt free well within next three years.