A Tinder Gold subscription grants users access to a feature called "Likes You," and suddenly, there's no futile swiping whatsoever. Instead, you've got a list of strangers with whom you're guaranteed to match—something like god mode, for a dating app 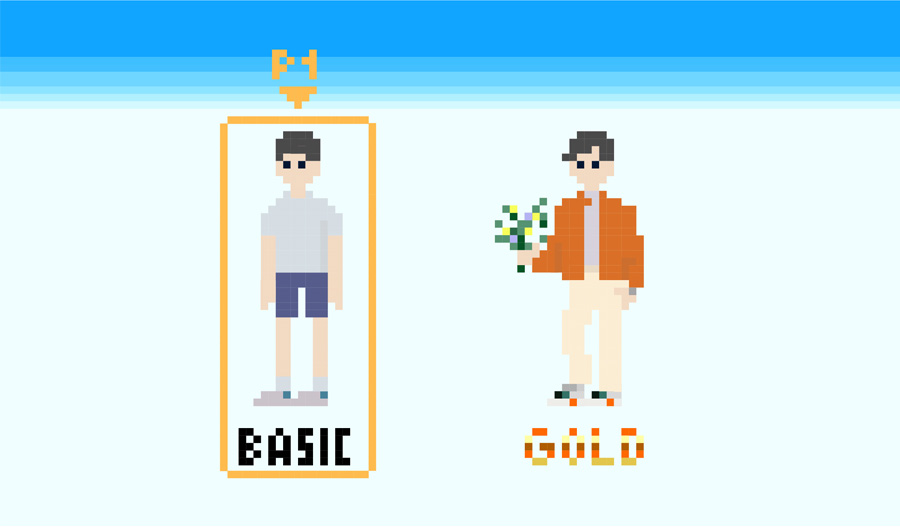 “Tinder’s definitely not a game,” said Elie Seidman, the company’s chief executive, in a recent interview. “At the core, it’s about human connection.” If you squint, though, the app doesn’t look so different from the countless mobile games on the market. Tinder has a clear objective and explicit rules. At any time of day, there are tens of millions of people playing, er, swiping, on the dating app. And, like the games with which it competes for screen time, Tinder charges users who want a leg up. For example, in Clash of Clans, a mobile game in which you build and defend a village, you can use real money to buy “gems,” the basic currency of that game. On Tinder, you can buy extra “super likes” (which alert others that you are enamored of them) and “boosts” (which make your profile more visible to people in the area). Or, to really increase your chances, you might subscribe to Tinder Gold for about $30 a month. (The price depends on multiple factors, including where you live and how many years you have walked the Earth searching for a partner.) Tinder Gold grants users access to a feature called “Likes You,” which gives them a list of people who have swiped right on them. Suddenly, there’s no futile swiping whatsoever. Instead, you’ve got a (hopefully long) list of strangers with whom you’re guaranteed to match. It’s something like god mode, for a dating app. “The structure of those in-app purchases are highly similar to the structure of in-app purchases for games, in that you have those special abilities,” said Randy Nelson, the head of mobile insights at Sensor Tower, an analytics firm. “A direct line can be drawn from the boosts and power-ups in a game to the boosts and power-ups in Tinder.” Tinder has leveraged these to great effect since introducing Tinder Gold in 2017. It has become, according to Sensor Tower and App Annie, another analytics firm, the top-grossing nongaming app in the world. And it’s only getting bigger: Tinder announced on Tuesday that it had added more than 500,000 subscribers worldwide in the last quarter, for a total of more than 5 million people paying for Tinder Gold or the less expensive Tinder Plus. Back in 2015, according to Sensor Tower, the App Store’s top 10 grossing apps for the second quarter were all games. But in 2016, a subscription app, Spotify, entered the mix. In the second quarter of 2019, four nongaming apps — Tinder, Netflix, YouTube and Tencent Video — are in the top 10, along with games like Honor of Kings and Candy Crush Saga. Tinder’s pricing structure splits the difference between those games and something like YouTube, whose premium package removes irritating advertisements and allows access to otherwise unavailable content. Tinder is run by Match Group, the behemoth that owns most of the dating apps one might use, with the exception of Bumble. Another Match Group company, OkCupid, introduced Likes You as an option for paying customers starting in 2012. But Tinder’s founders were reluctant to incorporate it. Gary Swidler, the chief financial officer of Match Group, said that “there was concern about breaking that core foundational principle of the double opt-in.” The app’s current chief has no such qualms. “They were mistaken,” Seidman said. (Several of the app’s founders, including Sean Rad, a former chief executive, are in a legal dispute with Match and its parent company, IAC.) Most people think of Tinder as a free app, and it is free to most of its millions of users. Brent Thill, an analyst who covers the company for Jefferies Technology Group, said that Match Group overall had more than 80 million users. (The company does not release specific numbers for each app.) Swidler said that roughly 70% of Tinder’s revenue comes from subscriptions; the other 30% comes from à la carte features, along with a small amount from advertising. Some experts who had expressed doubt in Match Group have recently shifted gears. Goldman Sachs had advised investors to sell its stock in February, citing the likelihood of Tinder Gold subscribers ending their subscriptions and Facebook’s gearing up in the dating space. But in May, Goldman analysts adjusted their estimate, calling their previous view “myopic” in light of Match’s consistent subscriber growth. That growth comes as Match Group continues to expand into new markets, building up its user base around the world. “You get a huge advantage by getting a lot of free users,” Swidler said, explaining the company’s “product first, then monetization” strategy. Essentially, the larger the pool of people using Tinder, the more who might eventually pay for certain benefits. If they get frustrated enough.