Wall Street has its worst day in months

A day after stocks marched to another record high, Apple tumbled 8%, its worst drop since March. Amazon fell almost 5%, Microsoft more than 6% and Google's parent, Alphabet, 5% 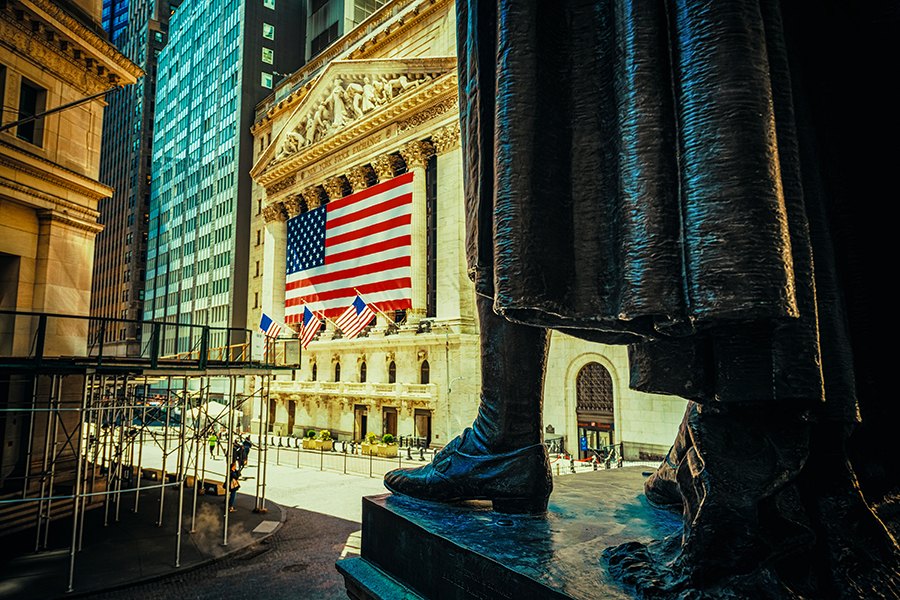 The S&P 500 had its worst day Thursday since June 11, falling 3.5%, and the same Big Tech companies that have driven the recent rally were the culprits.

A day after stocks marched to another record high, Apple tumbled 8%, its worst drop since March. Amazon fell almost 5%, Microsoft more than 6% and Google’s parent, Alphabet, 5%.

William Delwiche, an investment strategist at Baird, a financial firm in Milwaukee, said investor optimism had driven share prices up — perhaps higher than investors were comfortable with, considering the serious economic challenges still posed by the coronavirus pandemic.

Despite continued high unemployment and a weak outlook for corporate profits, stocks on Wednesday had posted their ninth gain in 10 trading sessions, and the tech-heavy Nasdaq composite index joined the S&P 500 in reaching an all-time high.

Stocks fell from the opening bell Thursday, dragged down by the tech companies that hold significant sway over the index by virtue of their size. What started as a slight slump soon accelerated — partly because of some of the speculation and options trading that had helped send shares upward.

By the time the market closed, more than a week’s worth of gains had been erased.

Investors have been optimistic about the tech companies, whose market dominance and online business models appear poised to benefit from the prospect of a work-from-home world. Before Thursday’s tumble, Amazon was up more than 90% this year, Apple more than 80%, Microsoft and Facebook nearly 50%, and Alphabet nearly 30%.

The eagerness of new investors to get in on those gains ended up contributing to Thursday’s fall.

The race to pick up tech shares has pulled in millions of new small investors. Many of them have opted not to buy actual shares but instead to make options trades, which are essentially leveraged bets on where share prices will go.

Such traders make these bets — mostly they have been “calls,” or bets that the tech share prices would rise — with options dealers, who then have to hedge their risks. Dealers who sell calls are essentially then short, or betting that the stock price will fall. To neutralize that risk, they often try to buy the underlying shares as well, amplifying the upward momentum on the stocks.

But the system also amplifies downturns: Analysts said dealers rushed Thursday to increase their bets on falling shares, which may have added momentum to the sell-off.

“I think today for tech stocks, you’re seeing that dynamic play out — you have a sell-off that is being chased by dealers,” said Yousef Abbasi, director of U.S. institutional equities at StoneX, a brokerage firm.

Tech shares have been a cornerstone in the recovery of financial markets since late March, when bond-buying programs by the Federal Reserve and lawmakers’ enactment of the largest economic rescue plan in U.S. history put a floor under collapsing financial markets.

Since then, the S&P 500 is up more than 50%, erasing all of the losses seen during the chaotic days of February and March, when the index fell nearly 34%, putting a stake in the heart of what had been an 11-year bull run.

In recent months, the rally has gathered steam and broadened as investors have focused on flickers of life in the economy, including slightly better-than-expected corporate profits and continuing support from the Fed. There were also expectations that Congress and the White House would cobble together another stimulus package that sent more dollars to small businesses and households that remained imperiled by the economic downturn.

At the same time, many analysts have been warning that the stock market’s gains were becoming increasingly detached from reality. The outlooks for corporate profits and economic growth are far from rosy, and lawmakers in Washington have been unable to come to an agreement on another relief package.

While reports on corporate profits for the second quarter of 2020 were solid, corporate profits for S&P 500 companies are expected to be down nearly 20% this year. And recent economic updates have shown signs that the pandemic-related shutdowns this year have created persistent problems for the labor market, a key issue for the consumer-centric American economy. A fresh report on the job market due Friday morning should provide additional clarity on that point.

Widespread expectations for another round of fiscal stimulus from the federal government pushed such concerns into the background. But consensus about another round of government support has been hard to find: Negotiations between the White House and congressional Democrats have been stalled for weeks.

The S&P 500 is up nearly 7% for the year, but lingering uncertainty has those gains looking more vulnerable than they did just a couple weeks ago.

“There is a long list of things for investors to worry about this fall, from a fraught election, to the ability to restart schools without prompting another surge in COVID-19 cases and further economic impairment,” said Scott Clemons, chief investment strategist for private banking at Brown Brothers Harriman, an investment bank.

Tweets by @forbes_india
Capital Ideas Ep 1. Stephen A Schwarzman, Blackstone: Why I like to hire IITians
Can the explosive growth in telemedicine sustain?