His chief of staff Medina Bardhi says she was reluctant to tell her boss about her pregnancy; in a complaint she added that he called her maternity leave a "vacation" or "retirement" 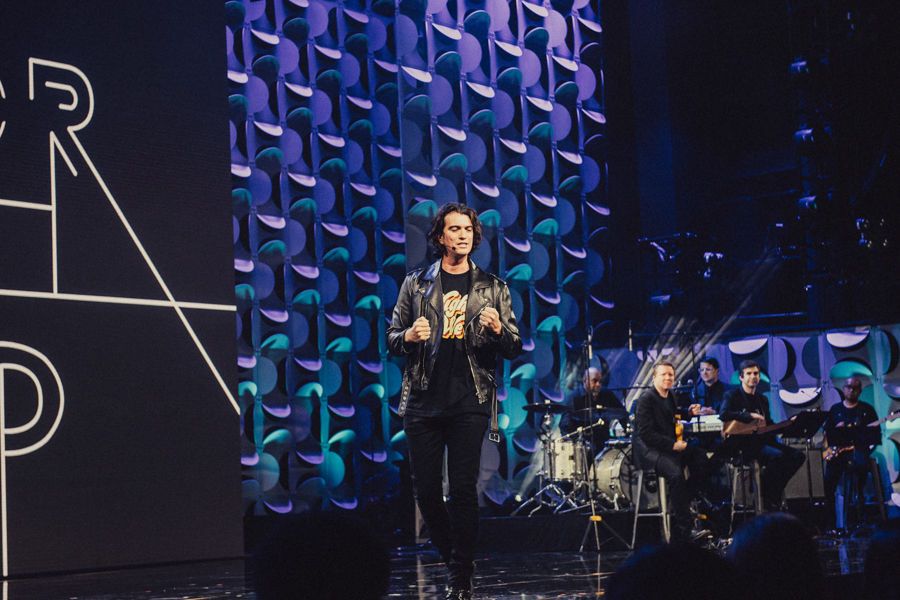 Adam Neumann, the chief executive of WeWork, at the company’s gala held at Madison Square Garden in New York, Jan. 17, 2018. Neumann’s one-time chief of staff, Medina Bardhi, has filed a complaint alleging she was discriminated against for a pregnancy. Other women have filed lawsuits accusing WeWork of gender discrimination. (Cole Wilson/The New York Times)

When the chief of staff to WeWork co-founder Adam Neumann became pregnant in March 2016, she was reluctant to share the news with her boss right away.

But ultimately, the employee, Medina Bardhi, felt she had no choice. She had to explain that she could no longer accompany Neumann on business trips “due to his penchant for bringing marijuana on chartered flights and smoking it throughout the flight while in an enclosed cabin,” according to a complaint she filed with the Equal Employment Opportunity Commission in New York on Thursday.

What followed, the complaint said, was a pattern of discrimination, as Bardhi was repeatedly derided and marginalized by Neumann and other WeWork officials. He referred to her maternity leave as a “vacation” or “retirement,” according to the complaint, and another high-level company official, Jennifer Berrent, commented, “Wow, you’re getting big,” in front of a WeWork executive.

Neumann, who had promised to champion women at WeWork, stepped down as the company’s chief executive in September as its attempted initial public offering collapsed in dramatic fashion. As part of a deal to turn over control of WeWork to its largest outside investor, SoftBank, he received $185 million to work as a consultant to the company for four years.

During the last year, other women, including a senior executive, have filed lawsuits accusing WeWork of gender discrimination. Their complaints have added to the storm of criticism WeWork and Neumann have faced from bankers, analysts and current and former employees since the attempt to go public failed. Neumann’s leadership has come under particularly intense scrutiny: He has been criticized for maintaining a lavish lifestyle and giving outsize power to family members, including his wife, Rebekah.

A spokeswoman for Neumann declined to comment, referring questions to WeWork. In a statement, a WeWork spokeswoman, Gwen Rocco, said the company “intends to vigorously defend itself against” the complaint.

“We have zero tolerance for discrimination of any kind,” Rocco said. “We are committed to moving the company forward and building a company and culture that our employees can be proud of.”

During her five years at WeWork, Bardhi became pregnant twice and was demoted both times, the complaint said. She was fired in early October, shortly after Neumann left, according to the complaint. Company executives told her that “there was no longer a role for her after Mr. Neumann’s departure,” the complaint said.

“This assertion and supposed justification rings hollow, as Ms. Bardhi already had been pushed out of Mr. Neumann’s office,” the complaint said. “It is clear that Ms. Bardhi’s firing was motivated by the Company’s sustained discriminatory bias and retaliatory animus against her and other female employees who become pregnant, take maternity leave, and/or complain about gender-based discrimination.”

The complaint also said that WeWork had a broader culture of abuse and disrespect toward women — a work environment in which excessive alcohol consumption fueled “offensive sexual conduct” and women were routinely paid less than male colleagues with similar jobs.

Bardhi’s lawyer, Douglas Wigdor, said he hoped that the EEOC would view her experiences as part of a systemic problem at the company and bring class-action charges against WeWork.

The discrimination Bardhi faced began before she even started at WeWork, the complaint said. During a job interview in October 2013, Neumann “unlawfully and intrusively” asked Bardhi whether she planned to get married or become pregnant — a question that left her “stunned and uncomfortable,” according to the complaint.

When Bardhi became pregnant three years later, the complaint said, Neumann replaced her with a male employee who was paid more than twice as much.

Then, rather than restoring her to the job of chief of staff when she returned from maternity leave, the complaint said, the company gave her no clear direction on her day-to-day responsibilities.

Eventually, she got the job back, the complaint said. But when she became pregnant a second time in February 2018, the cycle repeated — a male employee was hired to replace her, and she found herself sidelined when she returned to work.

“She was given no information about what her new role would be,” the complaint said. “This was obvious retaliation for her taking maternity leave and discrimination against a pregnant employee and new mother.”

Her difficulties continued during the buildup to the failed initial public offering, the complaint said. As Neumann and Bardhi drove back from the offices of JPMorgan Chase on Sept. 16, the complaint said, Neumann said to her, “I hope you enjoyed your vacation.”

Neumann founded WeWork, which leases office space, on an idealistic promise to change the way people work and elevate global consciousness. And he pledged to make the startup an inviting place for women.

“We like to say that right now we’re bringing in the most talented women in the world at an early stage,” he said in an interview hosted by the Economic Club of New York in 2017. “We’re going to grow them all as leaders.”

As the company has gained prominence, however, news reports and court filings have painted a picture of a raucous workplace with a culture of heavy drinking where complaints of sexism and even harassment went unheeded.

Now the company is aiming to reinvent itself without its erratic founder.

After weeks of uncertainty about its future, WeWork got a last-ditch lifeline earlier this month, when SoftBank launched a multibillion-dollar takeover, installing one of its own top managers, Marcelo Claure, as executive chairman.

Tweets by @forbes_india
Dissecting India's liquor market with ex-Pernod Ricard honcho, over mocktails
Where are the American jobs?