The rise of The Times from wounded giant to reigning colossus has been as breathtaking as that of any startup; today, it so dominates the news business that it is headed towards a monopoly, absorbing many of the people who once threatened it 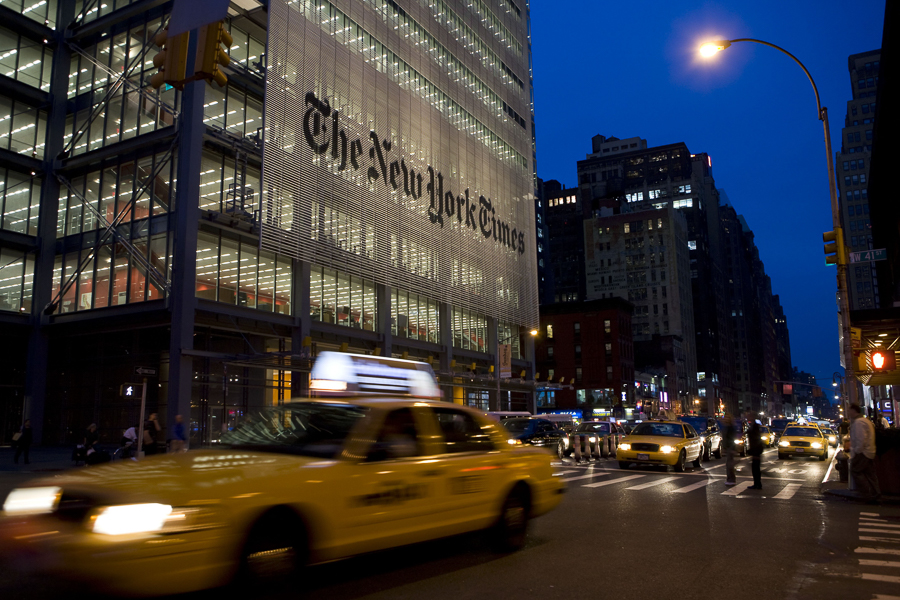 The first time I met A.G. Sulzberger, the publisher of The New York Times, I tried to hire him.

That was back in the heady days of digital media in 2014, and I was at BuzzFeed News, one of a handful of startups preparing to sweep aside dying legacy outlets like The Times.

Times stock was still sputtering, and the company had sold off everything but its furniture to keep paying for journalism.

Sulzberger, then the heir apparent to lead The Times, politely declined my offer. And today, after eight years as BuzzFeed editor-in-chief, I find myself in his employ as the new media columnist.

I’m stepping into the space opened a decade ago by David Carr, the late columnist who chronicled an explosion of new online outlets. My focus will probably be the opposite: The consolidation of everything from movies to news, as the media industry gets hollowed out by the same rich-get-richer, winner-take-all forces that have reshaped businesses from airlines to pharmaceuticals.

And the story of consolidation in media is a story about The Times itself.

The gulf between The Times and the rest of the industry is vast and keeps growing: The company now has more digital subscribers than The Wall Street Journal, The Washington Post and the 250 local Gannett papers combined, according to the most recent data. And The Times employs 1,700 journalists — a huge number in an industry where total employment nationally has fallen to somewhere between 20,000 and 38,000.

The Times so dominates the news business that it has absorbed many of the people who once threatened it: The former top editors of Gawker, Recode, and Quartz are all at The Times, as are many of the reporters who first made Politico a must-read in Washington.

I spent my whole career competing against The Times, so coming to work here feels a bit like giving in. And I worry that the success of The Times is crowding out the competition.

“The New York Times is going to basically be a monopoly,’’ predicted Jim VandeHei, the founder of Axios, which started in 2016 with plans to sell digital subscriptions but has yet to do so. “The Times will get bigger and the niche will get nichier, and nothing else will survive.”

“Because we’re talking about the publishing business, it’s all still kind of sad, but in this parallel universe, people talk about The New York Times in the way people in Hollywood talk about Netflix,” Min said. “It’s the tail that wags the dog, and it’s also the dog.”

The rise of The Times from wounded giant to reigning colossus has been as breathtaking as that of any startup. As recently as 2014, print advertising was collapsing and the idea that subscribers would pay enough to support the company’s expensive global news gathering seemed like a pipe dream.

“We sold off every bit of the company we could sell off to hold our journalism investment as flat as humanly possible,” Sulzberger, who became publisher in 2018, told me in an interview last week. “All the smart people in media thought it was crazy, all our shareholders thought it was financially irresponsible.”

Just a few years later, amid a deepening crisis in American journalism, and a sustained attack from the president of the United States, Times stock has rebounded to nearly triple what it was in 2014 and the newsroom has added 400 employees. The starting salary for most reporters is $104,600.

The paper is now quietly shopping for dominance in an adjacent industry: audio. The Times is in exclusive talks to acquire Serial Productions, the breakthrough podcast studio that has attracted more than 300 million downloads.

The purchase requires deep pockets: Serial was for sale at a valuation of about $75 million, according to two people who were briefed on the deal, though The Times is expected to pay significantly less. (The Wall Street Journal first reported last month that Serial was for sale.)

The deal, along with The Daily, the popular weekday podcast at The Times, could form the basis for an ambitious new paid product — like the company’s Cooking and Crossword apps — that executives believe could become the HBO of podcasts.

When I spoke to Sulzberger last week, I was reminded of other figures in this digital economy who have experienced success at dizzying scale and speed, and still cannot believe it when you mention the word “monopoly.’’

He sees plenty of competition for The Times — he cited cable news, though its own future is uncertain. What’s more, he says, Americans will buy more than one news subscription. He believes The Times is not dominating the market so much as creating one.

“What I actually think you’re seeing is not a winner-take-all dynamic — what you’re actually seeing is a rising tide lifts all boats dynamism,” said Sulzberger (who no doubt would have flourished in that midlevel product job I offered him).

His optimism is shared, at least publicly, by the small handful of news organizations that are scraping by on local subscriptions.

“The Times has shown the rest of the industry a path to some success,” said Brian McGrory, editor of The Boston Globe, which has attracted more than 100,000 digital subscribers.

Times executives say they are also looking for a way to help out their weaker cousins, given the threat that the collapse of local journalism poses to democracy.

“But as they say in the airplanes, put your own oxygen mask on first before you start to help others,” said Mark Thompson, the newspaper’s chief executive.

Because The Times now overshadows so much of the industry, the cultural and ideological battles that used to break out between news organizations — like whether to say that President Donald Trump lied — now play out inside The Times.

And The Times has swallowed so much of what was once called new media that the paper can read as an uneasy competition of dueling traditions: The Style section is a more polished Gawker, while the opinion pages reflect the best and worst of The Atlantic’s provocations. The magazine publishes bold arguments about race and American history, and the campaign coverage channels Politico’s scoopy aggression.

I’m proud to be leaving BuzzFeed News as one of a handful of strong, independent newsrooms still standing amid the rubble of consolidation. But I miss the wide open moment 10 years ago, when we were among a wave of new players reimagining what news meant.

My job as columnist here will be an exciting and uncomfortable one — covering this new media age from inside one of its titans (though I hope you’ll tell me if I ever get too far inside).

And I hope that earlier era of innovation didn’t exist merely to create a farm team and some lessons for the newspaper equivalent of the 1927 New York Yankees.

“The moat is so wide now that I can’t see anyone getting into it,” Josh Tyrangiel, former senior vice president of news at Vice who is now producing television and documentaries, said in an interview. “There’s no new thing coming. And the editor of BuzzFeed News, who was probably the chief insurgent, is now writing this column for you at The New York Times.”