Lack of attention to employment may cost the government dear. In its remaining tenure, it should focus on creating quality jobs for its educated population 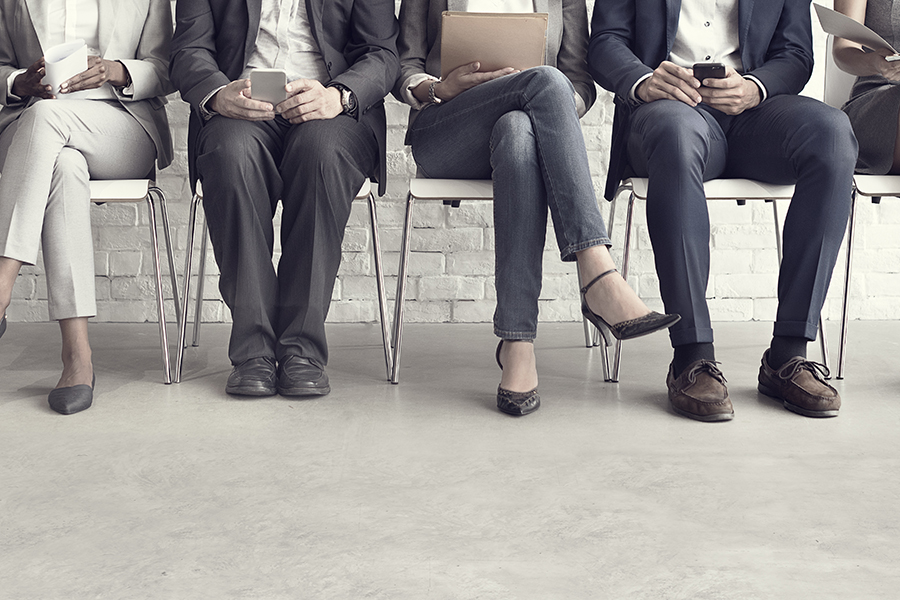 A three-year assessment of the Modi government throws up several positives in intent and significant negatives in action. Of the negative “inaction” items, the most critical is that of employment generation, with significant long-term ramifications. “Gainful employment generation” is the bedrock for achieving equitable growth, and for poverty alleviation. The Economic Survey 2015-16 has highlighted the role of such employment generation: “To exploit its demographic dividend, India must create millions of “good”— safe, productive, well-paying —jobs.” Employment generation assumes further significance in light of the BJP’s 2014 election manifesto, which promised development of labour-intensive manufacturing and tourism.

Analysing Unemployment
The quantitative dimensions of unemployment, captured in the 5th Employment Unemployment Survey (EUS) reveal two characteristics. One, there has been a progressive worsening of the unemployment situation since 2011-12, as captured by the 2nd round of the EUS. Two, the gender gap has been extremely skewed and further worsened.

At the All-India level, the number of persons aged 15 years and above employed per 1,000 persons went down from 529 to 503. Overall unemployment rate worsened from 3.8 percent to 5 percent. These overall figures mask the substantial gender skewness in female labour force participation rates, as also unemployment rates. Thus, as against 750 males, only 237 females aged 15 years and above were either working or available for work in 2015-16. Similarly, female unemployment, at 8.7 percent was more than double that of male unemployment at 4 percent. Further, both the labour force participation rates and unemployment rates for females worsened significantly from 25.4 and 6.9 percent respectively in 2011-12.

With females comprising a significant proportion of the total working age population, such low female Labour Force Participation Rates (LFPRs) pose challenges for both equity and efficiency. On the one hand, the Bangladesh and Chinese models stand testimony to the role that female labour force can play in the manufacturing and export-oriented labour-intensive sectors. A 2013 IMF study found that gender gaps in the labour market accounted for losses in GDP per capita of up to 27 per cent, as also the macroeconomic gains resulting from women developing their full labour market potential. High LFPRs also help overall economic development through allowing women to earn and control income.

The latest Ministry of Labour and Employment Annual Report 2016-17 reveals that only three of eight key sectors - textiles, metal and IT/BPO - have experienced marginal increases in employment in 2015, as also over the entire period since the new government took charge in May 2014. Even within these three growth-sectors, growth has stalled in the last 3 quarters. Total employment grew by only 1.35 lakh in these eight key sectors in 2015, and by 4 lakh in the post-2014 election period.

The employment quality also seems to be poor since a large proportion of people were either self-employed or worked as casual workers and contract labour earning less than Rs 5,000-Rs 7,500 per month. Females were employed mainly as casual labour. Moreover, unemployment among graduates and post-graduates was almost double the national average - at 10 percent and 9.8 percent respectively. There was no significant improvement in the purchasing potential of those employed in the core industries, which could drive consumption and hence growth, with real wage rates in mining, manufacturing and plantation industries declining over the period. While agricultural sector real wage rates increased, the gender gap in agricultural wages was high, with males being paid about 31 percent more in nominal terms than females. The gender gap in wages was very high in the case of states like Tamil Nadu, with a 133 percent gap between male and female agricultural labour wages.

Policy Recommendations
While reports like the SBI Ecoflash have claimed a reduction in the unemployment rates in India on account of new employment opportunities under government employment generation schemes, there is reason to look at such conclusions with scepticism and provide policy recommendations to improve the status of employment.

One, unemployment reduction through government employment generation schemes do not point to sustainable “good” jobs. In the April-March 2016-17 period, growth rates in five of the eight core industries – coal, crude oil, fertilizers, cement and electricity - have reduced compared to 2014-15. Employment generation schemes, while justifiable in the interim period of reducing employment, cannot substitute for core, private sector jobs in the manufacturing sector. Such schemes will also pose constraints to the achievement of the targeted fiscal deficit figures. The government will need to start working on its 2014 manifesto promise, and improve the manufacturing climate to provide sustainable jobs.

Two, the government will need to reduce the skill mismatch in the labour market, other than skilling people. Further, with a significant proportion of females (38.5 percent) not joining the labour force after receiving vocational training in different fields, the government will need to track the effectiveness of its skill-development programmes in employment-generation. This may partly be corrected through reducing the gender-based wage gaps in different fields.

Three, India can witness growth driven by youth entrepreneurship, as also small and medium enterprises (SMEs). The government needs to undertake further reforms to simplify business. The demonetisation and the avowed intent to reduce corruption has led to an expectation of a level-playing field among businessmen. This needs to be fostered through continued policy measures aimed at supporting the honest. At the same time, the government may work on providing tax and business incentives, especially to young business entrepreneurs, as also to the SMEs.

* The author is Professor of Economics and Program Head, PGP-Family Managed Business at the S.P. Jain Institute of Management & Research, Mumbai. Views are personal.