Enduring companies survive because employees throughout the firm, not just those in the executive suite, learn to keep an eye on how related industries are evolving. Longevity comes not just from matching the competition but also from recognizing fundamental changes in how the game is played and moving strategically to stay ahead.

“The main capability you really have to deal with these dynamics is the strategy-making process,” said Robert A. Burgelman, the Edmund W. Littlefield Professor of Management at the Stanford Graduate School of Business, who coauthored with Andrew S. Grove, Stanford lecturer, a recent study in the Strategic Management Journal. “If the entrepreneurial activity has to be driven from the top, then the middle and senior executives are not doing their jobs.” 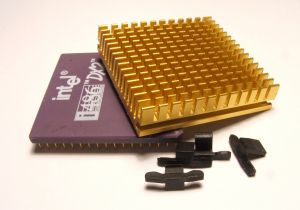 Business competition is generally highly dynamic but plays out in a linear fashion, says Burgelman. For instance, in some industries companies compete by giving rebates. Once a rebate is offered, rival firms quickly match it—but “the fundamental equilibrium remains.”

Grove and Burgelman focus on nonlinear strategic dynamics that change the normative, economic, technological, and/or cognitive “rules” that govern how an industry functions. In the rebate example, a firm may come up with a novel manufacturing strategy that offers high quality at lower costs, while the rest of the industry continues to compete by giving higher and higher rebates, a tactic that weakens their capacity to match the new strategy. These firms fall farther and farther behind, and eventually will be ground down, said Burgelman. “The player with the new strategy is going to get stronger and stronger.”

Middle managers and senior executives need two crucial sets of skills—conceptual and political—to help their companies handle nonlinear dynamics, Burgelman said. They must recognize the strategic changes in their industry, develop proposals to overcome the competition, and educate upper management about why the changes are crucial. That requires middle managers and senior executives to get support of at least some of their peers to be reasonably sure of having enough support to see the strategic change through.

The authors use their framework of nonlinear strategic dynamics to examine 37 years at Intel, where Grove served as president, chairman, and chief executive officer, and today is senior advisor to executive management. It focuses primarily on four events:

In four successive generations of product, Intel tried to use its competencies in integrated circuit design and process technology to innovate products and compete against the Japanese. The efforts increasingly failed, and Intel fell farther and farther behind—a nonlinear strategic dynamic. In late 1984 Intel top management decided to exit the DRAM business.

By this time frontline leaders at Intel had developed the first microprocessor, which found application in several high-margin market niches, while the DRAM had become a low-margin product. Although top management remained unclear for some time about which strategic direction to pursue, microprocessors won out in the internal Intel competition for scarce manufacturing resources. In the early 1980s IBM’s personal computers—a major application for microprocessors—rapidly grew into prominence during and Intel top management became ready to shift its core business from DRAMs into PC microprocessors.

Top management’s decision to make this shift was facilitated by another nonlinear strategic dynamic that played to Intel’s (and Microsoft’s) advantage. While IBM had not insisted on exclusivity when adopting Intel’s microprocessor for the PC, it had insisted on Intel cross-licensing its technology to other suppliers. This required Intel to essentially give away its microprocessor designs to competitors.

Because of the broad access to the Intel microprocessors, independent software vendors increasingly wrote their applications based on the Intel architecture, increasing its value. PC users wanted to continue to use their old software on their new machines, fueling a virtuous circle for backward and forward compatibility. As Intel (and Microsoft) ultimately controlled compatibility, the company was able to radically change the game by insisting that it become the sole source provider of Intel microprocessors. Intel’s market share and profitability grew dramatically.

Strategic change does not always have such a positive effect on an industry. In the late 1980s the workstation market settled on using machines based on reduced instruction set computing (RISC) architecture that looked like it might migrate into the PC market segment. Even some within Intel were convinced that the RISC would eventually wipe out the complex instruction set computing system (CISC) that Intel used for its microprocessors. Through an autonomous strategic initiative of one young engineering manager, Intel also developed a RISC microprocessor. However, it became clear that new architecture would not be able to deliver on a 10X advantage over Intel’s CISC architecture. Intel’s leadership eventually decided that unless Intel itself pushed the new RISC it didn’t represent a paradigm shift after all and went back to what Grove called “vectoring everybody at Intel” behind the CISC architecture.

“Many times, these initiatives will not pan out,” Burgelman said, but it was still crucial for Intel to develop a RISC processor. If Intel had ignored it and RISC had won, Intel would have been at a huge competitive disadvantage.

Geographic diversity sometimes encourages autonomous strategic initiatives that may have nonlinear strategic effects. An Intel team in Israel designed and developed a new microprocessor—called Banias at the time—that demanded less energy and had easier-to-use wireless capability rather than emphasizing ever more “speed”—Intel’s typical performance focus. The Banias processor became a core building block of an innovative “mobility platform” called Centrino, now used in most laptop computers to allow users to be almost continuously connected to the Internet. Through Centrino, Intel was again able to set in motion a nonlinear strategic dynamic that gave it stronger and stronger market share and profitability in the fast-growing mobility market segment.

Having the team in Israel placed it far away from the faster-faster-faster mantra of Silicon Valley. “If the idea of trading off clock speed for die area had come up at headquarters,” Burgelman said, “it probably would have been killed right away.”

Another element crucial to maintain a company’s capacity to cope with and/or capitalize on potential nonlinear strategic change is often cold, hard cash. The authors point out that in spite of sharply declining revenue and profit during the technology slump of the early 2000s, Intel’s board of directors let top management keep enough cash reserves for one year of research and development and one generation of capital investments. That offered enough resources to fully pursue existing opportunities through heavy capital and technology investments, and a time buffer to decide on strategic direction.

Tweets by @forbes_india
Betting On The Wind
Freedom From Prejudice