Move over millennials: Why startups are now tapping senior citizens 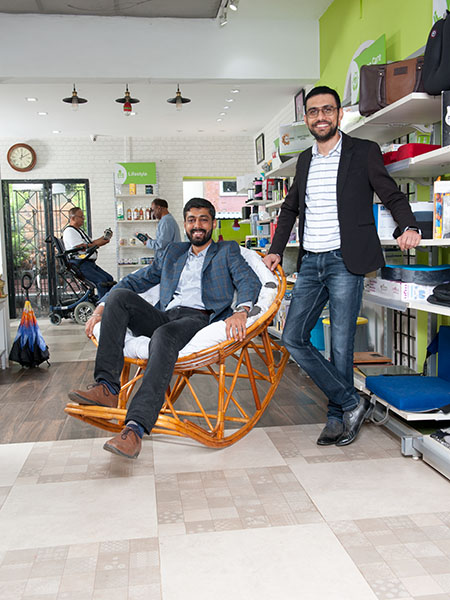 In June 2017, a few months after the Seniority store had opened in Pune, a family of seven to eight people trooped in, led by an 80-year-old. The man announced that since the family kept insisting on buying him gifts, this is where he wanted them to shop for him. “He said, ‘Otherwise you will go out and buy me some random shawl or something I will never use’,” says Ayush Agrawal, who, along with Tapan Mishra, co-founded Seniority, a startup that curates and sells products for senior citizens.

With about 12 crore people—almost the population of Japan—above the age of 60 in the country, according to the India Ageing Report 2017 released by the United Nations Population Fund, and the ageing population growing at 4 percent year-on-year, startups are beginning to look at this demographic beyond the medical and home care segments.

“The 60-plus age group is growing twice as fast as the overall population. Combined with factors such as senior citizens becoming more tech-friendly and willing to spend on themselves, as well as rising disposable incomes and pensions, we saw an opportunity that was ripe for the taking,” says Agrawal, 29. Seniority, which was launched under RPG Group’s RPG Ventures, has received investments of $6 million. The company, which has opened three more stores in Coimbatore, Bhiwadi near Delhi, and Chennai, besides selling online, gets more than 1,200 orders a day, with an average order value of ₹1,400-₹1,500.

The company invested in this sector because of the gap in availability of products for senior citizens as well as the “shopping experience for such products”, says Kunjan Chikhlikar, head, RPG Ventures.

Mumbai-based Rahul Upadhyay started Senior Shelf, a website to sell products for senior citizens, in 2013 after spending three hours looking for a blood pressure monitor for his mother in Patna. “We all talk about India as a young country but we forget that India also has the second highest population of old people in the world. So the market has a serious need for organisations catering specifically to the elderly,” says Upadhyay, 46.

A New Beginning
Over the past few decades, Indian society has been witnessing more retired people living on their own, as their children work elsewhere. Accordingly, startups catering to the elderly have tweaked their products, services and business models to cater to this nascent sector.

The sales approach, for instance, is a hybrid of online, assisted (through phone calls and WhatsApp) and offline routes to accommodate senior citizens. “Assisted sales are valuable for a lot of seniors who may not be as digitally savvy but form a part of our target market,” says Chikhlikar.

Senior Shelf, too, has been using WhatsApp and a dial-in number for interacting with customers, while Elder Ease, started by Kolkata-based Smita Dalmia, also does video calls and home demos of products. 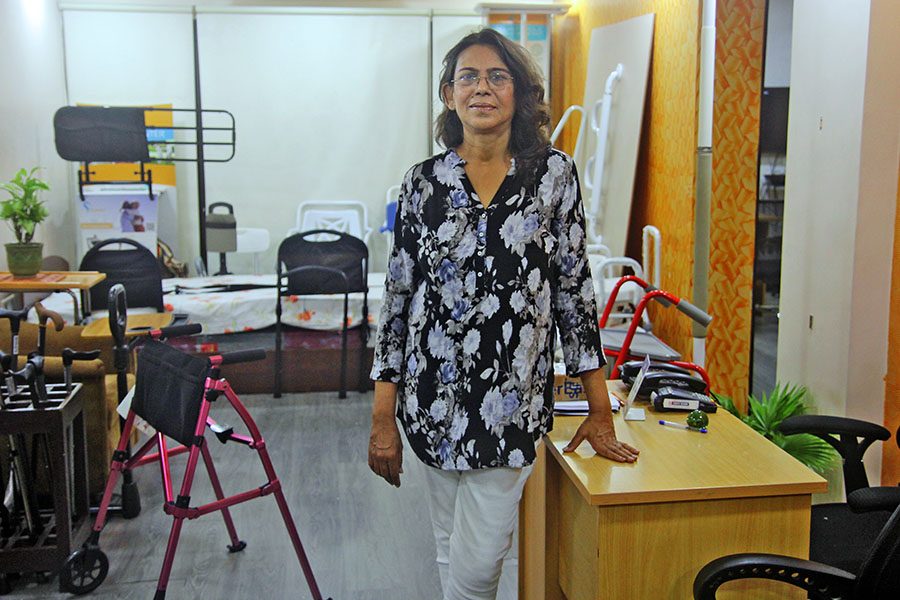 Elder Ease sells products ranging from spa sets with long-reach folding handles, to specially designed tableware, as well as assist trays and glow-in-the-dark door grips. Dalmia spent two years to travel, research and source products from the UK, the US, Germany and the Netherlands before launching the company in 2016. “From the beginning we decided not to sell any products from China even though they might be cheaper, primarily because of quality,” says Dalmia, 55.

Senior World was started by MP Deepu, 46, and Rahul Gupta, 52, in 2015 in Gurugram. Both wanted to do something with a social impact and decided to focus on the “forgotten demographic”. They started out by building a community. “We engaged elderly people on social platforms, providing them with content, so that we could get more insights into their lives,” says Deepu. It was not a strategy to generate revenue but to “know a customer”.

They then launched a ‘telecare’ vertical of phones with features like sound amplification, remote configurability and an SOS button. “Our second vertical was our safety vertical, launched around 2016, under which we put DIY products that can make homes safer for the elderly.” The vertical has eight products, including motion sensors and panic alarms. At the end of 2016, the bootstrapped company also started organising holidays with curated and assisted itineraries for seniors.

Seniority also organises events for elders. “A yoga event we did last year saw 400-plus participants. Some of our most well-attended events include zumba and karaoke,” says Agrawal.

“Another misconception was that seniors need a lot of medical and assistive products, as opposed to lifestyle or leisure products. But after we started, we realised that most of the products that sell on our platform belong to the latter category,” says Mishra of Seniority. They will soon launch 15 products under their own label, and are working on devices for the hearing impaired and those suffering from Alzheimer’s. Seniority is also looking at partnerships with banks and insurance companies.

“Gone are those days when after retirement people would sit at home largely doing pooja paath,” says Deepu. “Modern elderly citizens are outbound, they want to explore and experiment, so you need to give them platforms, products and services to let them be independent and engaged.”

Some popular gifts are nostalgia items like retro digital music players, and a My Memories diary, while bath safety products do well. Surprisingly, walking sticks, commonly associated with the elderly, aren’t that frequently sold. “Abroad, I have seen people using walking sticks, but in India people don’t want to because they feel it shows their weakness,” says Dalmia. But better quality and stylish versions of walking sticks, imported from Germany, have seen sales pick up recently.

Senior World, which is now working on artificial intelligence and Internet of Things-based products, has a year-on-year growth of over 100 percent and “this year we are running to touch ₹50 crore revenue”, says Deepu. Elder Ease has seen 80 percent growth in its second year while Seniority has grown about 5X in the last one year itself.

Push For Policy
Considering that around 12.5 percent of India’s population will be 60 years or older by 2030, it’s high time the private sector and the government come up with an inclusive policy for the elderly, says Upadhyay. “Unless this is done at a policy level, it’s going to be a huge problem in 10 years’ time. That’s when the population is going to double,” he says, adding that the government needs to include elderly care in CSR to ensure capital flows into the sector.

Another challenge has been the high price of products for seniors. “The government doesn’t have any scheme to give some kind of tax exemptions. If that is done, maybe we can lower the prices,” says Dalmia.

The revenue potential of  this sector is evident from the fact that customers include younger generations as well, not just senior citizens, and also come from outside the big cities. Southern India sees a large volume of sales. Dalmia of Elder Ease says 36-38 percent of their orders are from the south. Mishra of Seniority adds, “We service almost 20,000 pin codes across the country and the vast majority of our sales is from outside the top 10 cities, which contribute only 35 percent of revenue.”