How AngelList makes its startup investments

At AngelList, investments in startups are largely made on the basis of a lead's conviction, but not all investors can view every deal 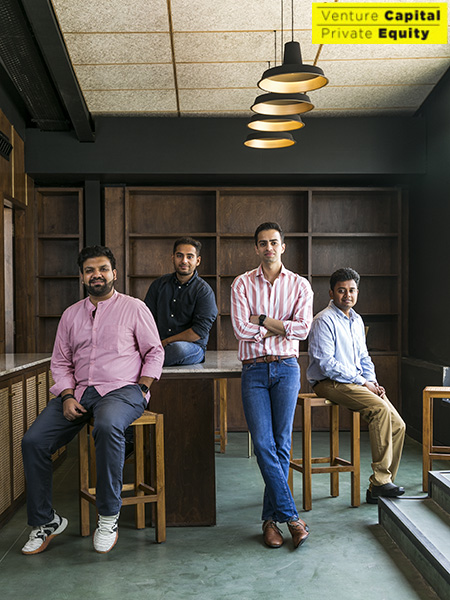 By all yardsticks, Anish Achuthan looks like the perfect entrepreneur to bankroll. Pedigree? He had earlier co-founded companies that were sold to Asianet and Citrus Payment. Swag? The 37-year-old is a high school dropout and a self-taught techie.

Yet, investors didn’t make a beeline for his fourth venture, a digital neobank called Open, despite similar businesses like Tide, Monzo, Revolut and Azlo scaling great heights abroad. Most funds either didn’t see the need for such a business in India or feared regulatory roadblocks. Some offered him a space to work, but not the money.

A few gave him hope and retreated. “All they did was develop their thesis on the subject,” says Achuthan, who spent the early days of Open picking up every other odd cheque that came his way, hoping for some investor euphoria around his startup. Until Vaibhav Domkundwar, founder of Better Capital, unveiled Open before his syndicate on AngelList in late 2017. The goal was to raise ₹25 lakh, but the round was oversubscribed almost two times the target.

AngelList works differently. Here, a group of investors rally around an individual, a team leader of sorts. At AngelList, this group is called a syndicate and the leader, the syndicate lead. The members trust the leads with their money. Unlike venture firms, tied down by investment thesis, stage or cheque size, an investment on AngelList is largely made on the basis of a syndicate lead’s conviction.

Open and euphoria have gone hand-in-hand ever since the 2017 round where the Better Capital syndicate chipped in along with Unicorn India Ventures and some angels to raise about ₹3-4 crore. The firm raised fresh funds in late 2018 at a valuation of about $20-25 million, which swelled to $145 million in its latest fundraise led by Tiger Global Management in May.

Domkundwar and his syndicate, which has since participated in all fundraises by Open, is slated to make a windfall unless Open skids hard and falls off the cliff.

For close to a decade, AngelList has opened the doors to some of Silicon Valley’s stellar startups—Uber, Shyp, Square and Lime to name a few—for investors registered on the platform.

“AngelList opens up the opportunity to a broader class of investors, bringing in more capital to the most desirable and historically most opaque investment sector,” says Naval Ravikant, AngelList founder and one of Silicon Valley’s top thought leaders, in an email.

“Startup investments are opaque, illiquid and risky. On the other hand, your investment can be worth hundreds of times what you put in, and you can’t lose more than you put in. Ideally, founders back founders, but anyone who loves technology, wants to bet on the future, and understands the risks can do it,” he adds.

Ravikant along with Babak Nivi launched AngelList in February 2010 as an email to a handful of Silicon Valley investors to keep them informed about startups looking for seed funding. The duo had been collaborating since 2007 on a blog called Venture Hacks, essentially a detailed discourse on everything from the purpose of starting up to negotiating term sheets and identifying co-founders.

In one Venture Hacks post, Nivi, who quit AngelList in 2017, wrote, “Startups aren’t here to change the world, they’re here to save the world by bringing us innovation that advances humankind… if super companies are saving the world and every company started as a startup, it is our moral duty to remove frictions along the startup’s way.”

“If the service provider’s duty is to eliminate the frictions in the startup’s journey, then it is the entrepreneur’s duty to only start companies that can make a meaningful contribution to the advancement of humankind,” he wrote.

AngelList India has been growing at a fast clip. Over $10 million has been invested in 60 companies on the India platform

This sums up what AngelList has been doing over the years. It gives founders access to funds, investors access to deals, jobseekers access to employers and vice versa, and customers access to products via Product Hunt, a product discovery platform it bought for an estimated $20 million in 2016.

In a 2018 status report, the firm said, “Over 75 percent of startups that announced seed funding from leading US investors in the last two years have raised, recruited or launched on AngelList or Product Hunt.”

The India story is relatively new, about a year and a half old. Ask Ravikant if AngelList was a little late in entering India and he writes, “The best time to start was yesterday. The second best time is now.”

Indian entrepreneurs have just begun to make money through M&As (mergers and acquisitions) or partial stake sales. Startup executives are getting rich as Esop (employee stock ownership) buybacks are picking up.

“There is a lot of wealth being created in the ecosystem and people, especially entrepreneurs and those who have worked in startups, are beginning to see investments in startups as an asset class. In that context, AngelList will have a big play in India in the days to come,” says Ramakant Sharma, co-founder at Livspace, who also runs a syndicate on AngelList.

Since it is registered as an angel fund with the Securities and Exchange Board of India (SEBI), investments on AngelList do not warrant an angel tax. Besides, raising on AngelList isn’t cumbersome.

Explains Utsav Somani, partner at AngelList India, “Once a round is subscribed, the money gets pooled into a special purpose vehicle that goes on the cap table. The founder gets a single cheque and his cap table remains uncluttered.” This apart, AngelList does not charge entrepreneurs advisor equity and success fees. “We tell investors, take a piece of the profit by delivering a successful exit, but don’t charge on entry.”

AngelList India has been growing at a fast clip. More than $10 million has been invested in 60 companies on the Indian platform. There are 21 active syndicate leads and about one-fifth of the startups to have raised on AngelList have subsequently snared funds from Sequoia Capital, Tiger Global Management, Falcon Edge, etc. Prime examples include Open, Bharatpe and Yulu Bikes.

The firm has also launched The Collective, a $5 million fund to co-invest along with syndicates. Somani, Pankaj Jain, former partner at 500 Startups India and Nipun Mehra, a former executive at Pine Labs and Sequoia Capital, comprise The Collective’s investment committee.

Backers of The Collective include Flipkart co-founder Binny Bansal, Avnish Bajaj, Vikram Vaidyanathan and Tarun Davda of Matrix Partners, Navroz Udwadia of Falcon Edge, Rahul Mehta of DST Global; Beenext, Kalaari Capital, 3One4 Capital and Das Capital.
“With The Collective, we can guarantee capital up to ₹1 crore in a 48-hour turnaround period and the funds get early access to some of the hottest startups,” says Somani.

There are some things that AngelList is made out to be, but it is not. For instance, it isn’t exactly democratic and transparent when it comes to viewing deals. Discovery of deals is controlled by the syndicate leads and often restricted to their own syndicate.

Essentially, AngelList empowers syndicate leads with tools that help them curate their syndicate. Inactive members can be weeded out. The tools even allow leads to block deals from some members. “This is the software moment for venture capital,” says Somani.

Then, listing on AngelList alone doesn’t guarantee a fund raise. Startups may end up waiting till eternity for an investor to reach out. The platform works more in favour of startups that already have some commitments in place or at least have a syndicate lead to vouch for its credential.

“We want companies which have signals because we expect people to make quick decisions,” says Somani. “We are not that helpful for a company that wants to directly raise capital because we want somebody to act as an interface, someone whom syndicate members trust.”

In effect, syndicate leads are a crucial cog in AngelList’s wheel.

More leads mean more high quality deals on the platform. More such deals mean a higher probability of an exit, which directly impacts AngelList’s revenue—5 percent of the profit. Syndicate leads are entitled to earn 15 percent of the profit, their incentive for sourcing and introducing  the world to a potential money spinner.

There are limitations to a syndicate. Syndicate leads cannot vouch that all syndicate members will blindly follow their cue. Thus, leads cannot always guarantee if the target corpus will be met.

“The biggest limitation to running a syndicate is that you do not have visibility to the amount that you can invest in a company until you raise,” says Domkundwar of Better Capital, which operates only on AngelList. “At Better Capital, we have oversubscribed most of our rounds and the way I have consciously done this is by building a close-knit relationship with investors that are my direct relationships.”

These are minor niggles. There are a host of  other funds like Better Capital which operate entirely on AngelList. According to the status report, “Over 50 percent of 2018 investments came from full-fledged venture funds managed on AngelList.”

Says Dirk Van Quaquebeke, managing director at BeeNext, “At the end of the day, you have to be where the best deals are.”